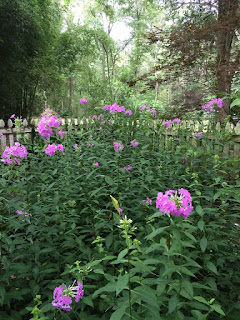 I have officially done it. Fallen into the Slough of Despond.

"The Slough of Despond (/ˈslaʊ əv dɨˈspɒnd/; "swamp of despair") is a deep bog in John Bunyan's allegory The Pilgrim's Progress, into which the protagonist Christian sinks under the weight of his sins and his sense of guilt for them."
Wikipedia

I suppose I know that expression from Little Women as The Pilgrim's Progress was the Sainted Marmee's go-to book for all of life's problems and I probably read Little Women at least ten times as a child although I never once read The Pilgrim's Progress. I may have tried. One or another of the four sisters was apt to be in Sough of Despond at any given moment and usually Amy as she was the most drama-queen of them all.

Hank once told me that as a mother I am somewhat a cross of Marmee and Roseanne.

Mr. Moon has gone off to see his sister, her sons, their wives and children in Panama City Beach where they are all vacationing together. He has taken Owen with him! Owen's first trip away without Mama or Daddy. And obviously, without Mer Mer.
Why?
Because Mer Mer is fucking crazy and can't fathom spending two days with that many people and is a selfish old woman who, when confronted with something that makes her feel uncomfortable, hides under the bed. So to say.

Here's another thing. I've been reading the reviews for all of the Stones' concerts and everyone is absolutely blown away by the performances they've been giving. Almost all of them have said that it looks to them as if the Stones can carry on indefinitely because the energy they generate has not flagged one bit. I think people go to get a hit of nostalgia and instead, get a massive smack of what rock and roll used to be and...for that moment, still is.
As I've said before, the Stones never did look or act or sound like anyone else and they never really fit into the mold of anything but were entirely themselves and here they are- still entirely themselves- and although no, rock and roll wasn't supposed to be something that sixty and seventy-year old men ever would or ever could play, well, fuck that.

The pictures are amazing. 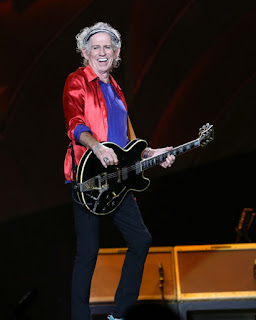 Do you think that man would rather be anywhere else in the world?

Here's twelve minutes of heaven for me.

Am I going to be there? 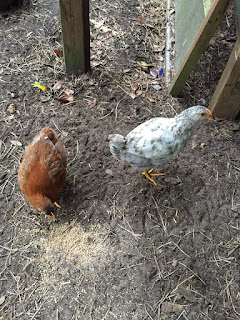 Where chickens and sidewalk building 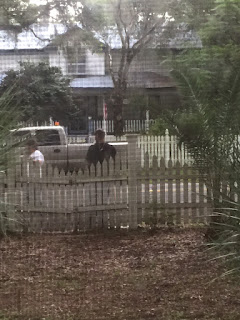 are the most exciting things going on.

And none of this is anyone's doing but my own.

It's raining again. Pouring down and the sidewalk guys have gone off to shelter and it occurs to me that "Gimme Shelter" should be my theme song and I dwell (today at least) in the Sough of Despond where I do not even reach my arms out for rescue or redemption 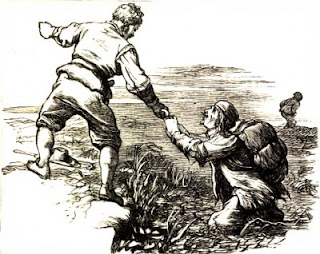 but merely sit and weep (call me Amy) at the place where I am stuck, telling myself that I have the entire world right here while in truth the entire world flings and slings itself around me and I am afraid to take one step out of this flower-bowered cage I call my home.