As I Hone Those Interview Skills

On my walk this morning I crossed paths with the guy with one leg. What's his name? I always forget. His sister is Shelly, his brother is the Sheik. Shelly told me that he lost his leg when a guy hit him with his car while he was walking. In his defense, the guy with the car said he wasn't trying to kill THAT guy, but a different one.
Anyway, we met on the little back road I take some days because there's a beautiful old house in a yard with magnificent old trees in it and I just like to look at that house, those trees. No one seems to be living there and I asked the guy if he knew who owned it.
"Nah," he said. "But it's old. It's been there since I was a child."
It's such a straight house. As in, all the boards still look just as straight and non-warped and strong as can be. When I see an old house like that, I assume it's REALLY old, made from good heart pine back in the day when there was such a thing.
Like my house.
We exchanged our greetings and asked each other how we were. Same as with the Sheik, his brother. I told him I was getting two new grandkids here soon and he told me I didn't look like a grandmother but that was just him being sweet. I look extremely like a grandmother. A grandmother crazy to be out walking in this heat but he was walking too and we were both sweating.
I was glad to see him, just as I'm always glad to see his brother, his sister. I don't know the brother whose house he had just visited. I said, "You have a big family."
"My mama had twelve kids," he said.
"Well, it's good to have a lot of family."
He gave me a look like, "Well. Maybe," and then he agreed with me and I laughed and said, "It can get complicated, can't it? Family."
"Yeah," he said, in his slow drawl. "It can."
We parted and I walked on, much faster than he, of course but dammit! I have two legs! If I had one leg, I doubt I'd be out walking. The human spirit is amazing.

My  boys came over. We didn't do a whole lot today. We did read a few books and went out and got eggs and Owen and I pretended to have magical powers of freezing, fire, saltwater, towels, and brooms.
I think you had to be there.
Gibson wanted to eat an egg so I cooked him one. Then he wanted another and so I cooked him another. Lord knows I have plenty of eggs. I interviewed him as he ate. All of my interviews sound the same. No one will be asking me to replace Barbara Walters any time soon.


I think he's so beautiful. I think both of those boys are just as gorgeous as two little boys can be. And I tell 'em that all the time. I'll probably think the two babies coming are gorgeous too and I'll be right. They will be.

We found a dead mole on the back steps, no doubt left there as tribute by Maurice. I buried it right next to the azalea that Lily gave me for Mother's Day. I hate finding dead moles. Their tiny digger-hands and funny little faces. They look so soft and I know they are. They all remind me of Mole in the Wind In The Willows, such a fine fellow.

Mole and Ratty and Mr. Toad. Such good friends for a child to have.

Well, that was what I did today. I walked and talked and I buried a mole and cooked two eggs and pretended to have magical powers. Oh! And smelled the spices with Owen. He asked if we could do that "for old time's sake like we used to do."
I swear. He really did. "Of course," I told him. And then we did. 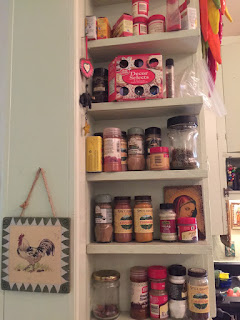 We discussed the possibility of making cookies next time they come over. Chocolate chip with sprinkles. Or maybe gingerbread men. I said that it's a possibility.

Tomorrow we're going to pick blueberries. That'll probably last at least twenty minutes but I wouldn't mind having a few extra blueberries around.

And so it has gone. Another day of nothing-special/how-did-I-get-so-lucky?