Bed Is Going To Feel So Good Tonight 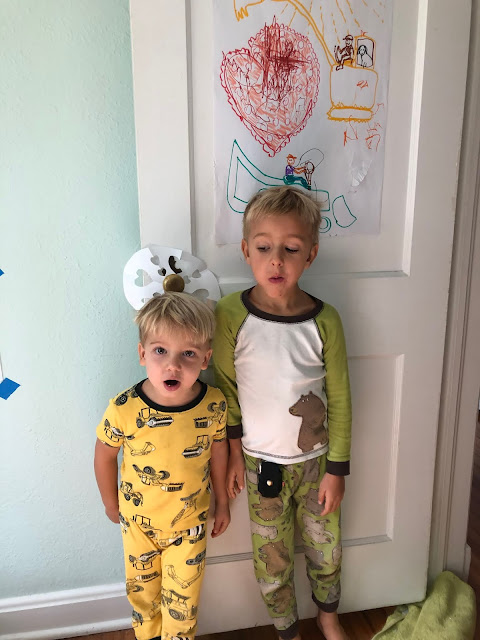 Jessie needed a little child care this morning so I said I'd come to their house since I needed to pick up a few things in town. I tell you what- it's such a joy to walk into a house and have little children scream your name. Or, at least your grandmother name. Those poor children are so starved for socialization with others that they'd welcome anyone right now but I was glad to be the one that came to see them. One of the things I'm looking forward to most when times become less fraught with pandemic worry is seeing all the cousins playing together again. Of course we read a bunch of books this morning and Levon does this thing where he tells me which characters in the book are him and Auga and also Owen, Gibson, Maggie, and his mother and father. Depending on how many characters there are.
Besides reading books we also cut out snowflakes- a recent project around the Weatherford house and I showed them how to cut out paper dolls. They were mildly impressed. I was mildly impressed that I still remember how to do it.
August is wearing his multi-tool in that picture, as you can see. It is clipped onto his pajamas which they did not want to get out of today. And why should they? August had lent me his multi-tool to fix a necklace of mine and it worked perfectly. I thanked him and he folded it back up and said, "My dad got me this when I was five."
He turned five less than three months ago and therefore he is still five according to my math but I thought that was a pretty precious thing. He'll always remember that his dad got him his first multi-tool when he was five.
Here's another picture. 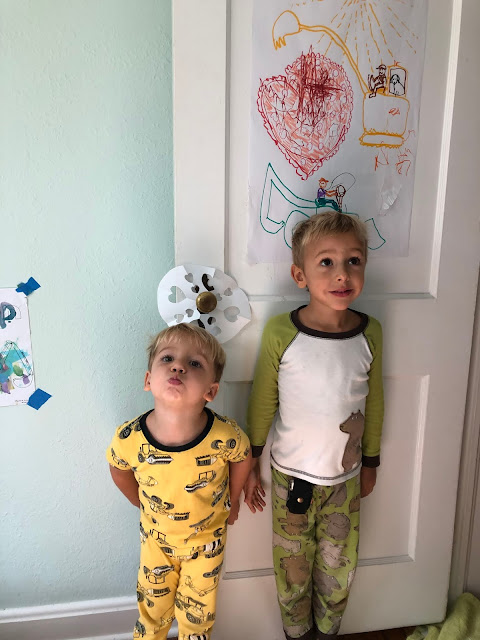 I told them I was going to send it to Boppy and so Levon said, "Smooch!"
It was getting on towards noon and I asked them if they wanted lunch. They said they did and I offered all the things their mother had told me about. Soup, meatloaf, baked sweet potatoes.
No, no, no.
Popcorn! They wanted popcorn! They got a bag of microwave popcorn out of a box and handed it to me and instructed me how to make it.
So I did. And we had popcorn.
It was pretty good.
When Jessie came home we went outside to pick some limes and other citrus fruits. I can't believe how much fruit they're getting off the trees they planted just a few years ago in their front yard. It's crazy! Also beautiful.
I had to stop by Costco and Publix on my way home and I'd been anxious about it. The longer I do not leave Lloyd, the harder it is to leave Lloyd. Will I ever be able to travel again? And I've had a raggy little sinus-feeling headache all day long. So the idea of really going out in public was not appealing. Still- it had to be done. And I did it. 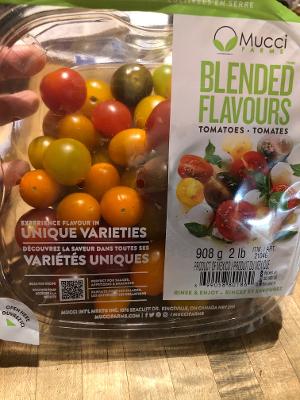 If you go to Costco and do not  buy these, I don't even know why you have a membership. I put them in everything I cook, just about. And on everything, too from salads to sandwiches. They are so delicious and sweet and cook nicely. As the New York Times' recipes always say, they are "jammy."
Just my opinion.
So I got my tomatoes and other stuff and came home and despite feeling not-great, I whipped ass and took names. I unloaded the car and put everything away, finished laundry, swept floors, got the dishwasher running, got sourdough dough autolysing (something I don't usually do but what the hell?), cleaned the hen house, cleared some things from the refrigerator that frankly- I'm sick of looking at, took the trash, cleaned out the trash can (whoa, boy! did that ever need doing) and...I don't know what else. Maybe nothing.
But it feels better in here now. Tidier, more organized, and there's a little scent of Fabuloso drifting through the house which is my own personal version of aromatherapy.
I haven't talked to Mr. Moon today but we'll probably talk tonight. Looks like it might rain tomorrow so I'll see if I can find some nice indoor project to do and then on Saturday it's supposed to be sunny and cool which would be perfect for the weeding and mulching I need to attend to in the garden.
I do loving having a plan, even if all I do is deviate from it. I remember how Kathleen always had a plan for everything. Once, during hurricane season, she practiced putting all of her chickens, dogs, and cats in the car in case she had to evacuate for a storm. She figured out how to do it and then she did not have to worry about it any more and she didn't worry about it anymore. This sort of thinking is completely alien to someone like me but I consider it to be a splendid way to live.
Let us all ponder that tonight.
Love...Ms. Moon
Posted by Ms. Moon at 6:40 PM