I'm Having A Martini. What About You?

Well, good thing my plan for today was something as vague as "indoor project."

It was really a fun day in a lot of ways and I've enjoyed it. First thing that happened is that my best friend from sixth grade through high school called me and we chitter-chatted for at least two hours. We always do that. We can tell each other stuff we'd never tell another living soul. I think we are both constantly amazed at not only how old our children have gotten but (really? REALLY?) how old we are. I mean, we were sixteen years old and riding around Winter Haven on our bicycles and doing incredibly stupid and often very fun things about two weeks ago. Right? And now we have grandchildren and between the two of us we've been married for eighty years not even counting my first marriage and it's just so reassuring and comforting to still have each other to share the horrors and joys of where we are in life, not to mention some of the memories. We may not remember what we had for dinner last night but we can still remember the names of each other's next door neighbors when we were growing up.
How the hell does that work?

So that was a joy and then Jessie and the boys came by. They had driven out to Lily's to pick up Sammy The Old Dog because Lily and her kids and Lauren are going to go visit Lauren's parents this weekend. They are taking Pepper but Sammy gets nervous on car trips and also, Lauren's parents have a menagerie of animals including dogs, goats, chickens...I don't know what all...and Sammy would be seriously upset. Jessie is actually going to take foster dog training via Zoom this week so she is happy to practice on Old Sammy and get the kids sort of used to having dogs come and go. The boys were in a MOOD, I tell you. I didn't even get any pictures of them because Jessie took them home soon after lunch so that they could possibly take naps and get back on track in the emotional sense. But they were still my funny guys and I had fun with them and was sad to see them go. While they were in the car about to leave, August said to me, "Mer, I had a dream about Keith Richards!"
"I did too!" I said.
"What did you dream?" he asked.
I told him that I'd dreamed that Keith and his wife had come to visit along with a whole bunch of other people and although everyone was staying in my dream museum house with many, many bedrooms and bathrooms, Keith and Patti had to share a room with another couple and they did not have their own bathroom and I was so embarrassed!
This really is a dream I had about Keith Richards and his wife two nights ago. In my dream I told someone- "Look, we cannot ask Keith Richards and Patti Hansen to share a room with someone and not have their own private bath!"
I will tell you that the Richards-Hansens took the whole thing gracefully but they were not especially happy about it.
After I related this dream, August said, "I dreamed the same thing!"
"You DID?" I asked.
"Yes!" he said.
"And I dreamed that Keith had his guitar and was going to play," I told August.
"Me too!" he said. "I think I dream all the same things you do."
"God, I hope not," I muttered.

While they were here August found some flannel leftover from a nightgown I made Magnolia. It's black with unicorns and rainbows on it. As we all know, rainbows are August's favorite thing. He pleaded with me to get my sewing machine out and make him something with it. Right NOW! I told him that the only thing I could make that fast would be a skirt.
"Make me a skirt!"
I did not end up making him a skirt but I did take his measurements in case I decide to make that dream come true. I couldn't find my tape measure so I used a piece of string. With the leftover string I made a loop and showed him the magic trick my granny showed me wherein you wrap and cross and loop the circle of string around the fingers and thumb of your hand and then, slowly and dramatically, pull on the end and everything slips away. He was as amazed as I'd been as a kid. Quite frankly, I still don't understand it and unless I do the trick fast and without thinking, it doesn't work and the string gets caught on my fingers. Muscle memory is real. I promised to teach him how to do it and while we're at it, I might just teach those boys how to do a cat's cradle.
Y'all remember that?

It's pouring rain and five minutes ago when I went to put the chickens up, it wasn't raining at all. My kitchen smells very fine due to that fact that I baked a loaf of bread a little while ago 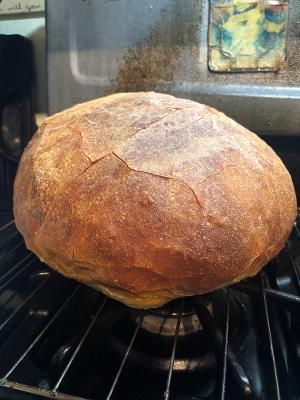 and then, for no reason whatsoever, I finally made a crostata which I have been thinking about doing ever since Joanne at Cup on the Bus  started showing us the ones she's made. Mine is apple and cherry and I don't even especially want to eat it and it's not as pretty as Joanne's are but what the hell? 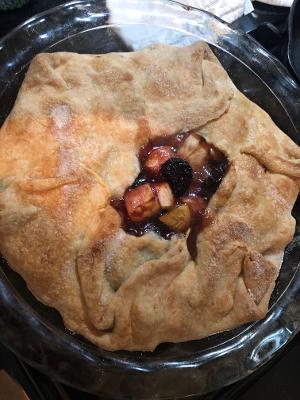 It's too crusty but that's how much crust I made and there you go. If Mr. Moon ever comes home he can eat it. I think he's coming home sometime "this weekend" but I have heard no firm date. Perhaps he is up there in Tennessee building a house for his new wife.
Nah. I don't think so.
Another package arrived for him here this evening. This one was dumped off on the kitchen porch by UPS and it was so big and heavy I could barely lift it over the kitchen door sill to get it in. I opened it up to find this. 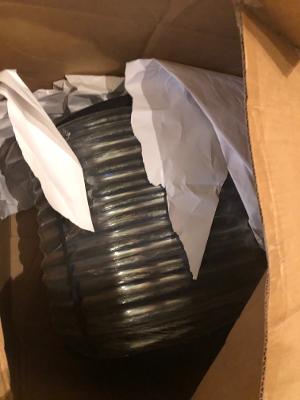 What the hell?
I rooted around in the center of it and found this. 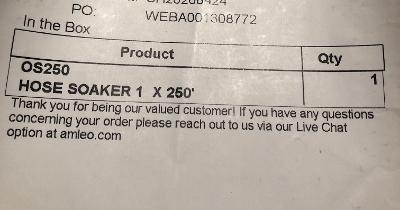 And there you go- it's 250 feet of soaker hose. For Lily's garden.
How they managed to get 250 feet into even that largish box is beyond me. And it's going to stay right where it is, a foot from the kitchen door until my man comes home.
Happy Friday, y'all.
Love...Ms. Moon
P.S. That man just called and he is happy and well and according to him, he still loves me dearly. He told me he'd eat the crostata so it won't go to waste. What a relief!
On so many levels. I take nothing for granted. Especially love. Although I'm pretty confident about desserts.