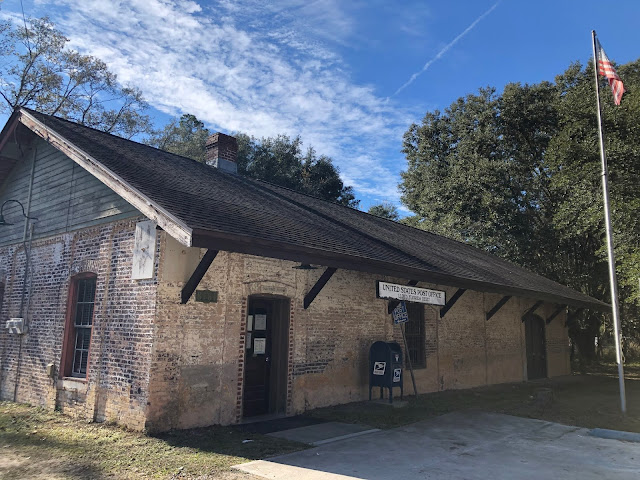 I woke up in the nastiest mood today. Just angry and depressed and my anger wasn't directed at anything but I was almost crackling with it. Everything pissed me off. I'd sweep a floor and then five minutes later there would be dirt and leaves on it and I'd want to scream when this is actually the way it always is and will ever be. So what?
SO WHAT?
And part of it of course is the fact that this IS the way it is and will ever be. What's the point of anything? There is always more dirt and there are always more leaves and so on into infinity.

I walked down to the post office and while I was waiting outside for the two, TWO customers in it to leave, I took that picture. I certainly can't blame my mood on the day, can I? So pretty. Warm but not hot, pretty blue skies with a few sweet, puffy clouds. I don't think I'd ever noticed the chimney on top of the building before but of course when it was a train station there had to have been a woodstove in the waiting room for heat in the winter. It was built long before electricity made its way to Lloyd. 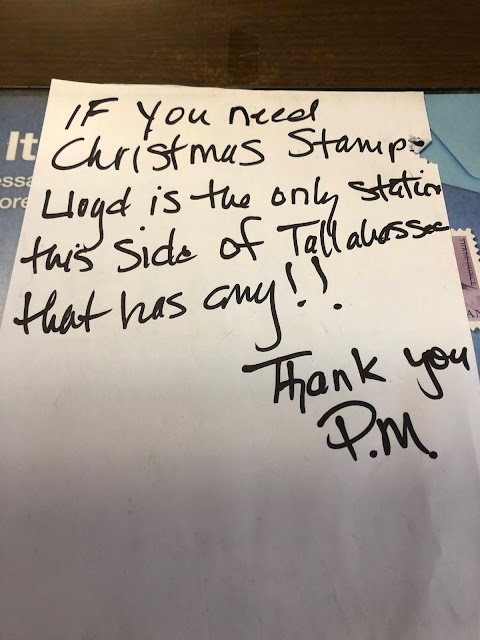 This was taped to the counter in front of the customer service window. So, if you're this side of Tallahassee and need Christmas stamps, you know where to go.

I went to the dump place with my bag of trash from yesterday's clean-out and someone had left quite a few things on the side of the dumpsters where people set things that are too good to throw away and that someone might be able to use. You're not supposed to do this but we all do. A rug caught my eye, tangled up in some other stuff and I checked it out. It was actually a hall-runner, and a nice one. Woven wool and a pretty design. Not dirty although it had some dog hair and hell- why not? I brought it home. It's not even stinky. No stains. I hung it on the fence for some airing. 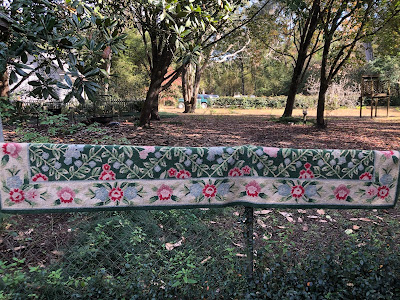 I certainly have a good hallway for it although it would be too much of a tripping hazard around here but Jessie says she'd be interested in it. Or maybe I can find another creative use for it. Whatever. I was not leaving that pretty piece of ruggery at the dump.
And then my day turned around completely as Mr. Moon and I drove over to Lily's. He wanted to set up the soaker hoses and Lily had asked if I wanted to come with him for a visit and I did. I'm so glad. It was wonderful to see the kids in their own space. We mostly visited outside although Maggie had to show me her room and the Christmas tree and so we did a masked tour. 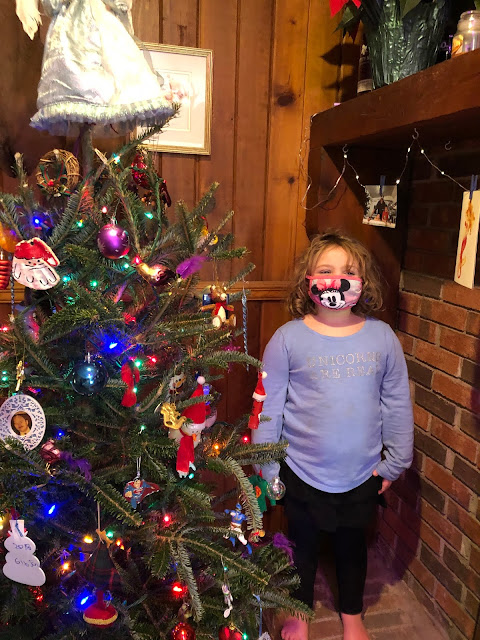 She is standing by her side of the tree which she decorated all by herself. I got to see the ratties and Gibson's new bed and the kitchen that Lauren recently painted and all of the beautiful succulents that Lily has growing and the rootlings she's got going on every windowsill. It was all so sweet and the house felt so loving and cozy.
The children seem happy and we even threw a football around in the backyard a bit. Owen is so concerned with my safety that he made sure that all the balls thrown to me were gentle and if I got too close to someone he would say, "Six feet!" Lauren and I sat in the yard and watched the children while Boppy and Lily worked with the hoses. That garden is just a jewel. 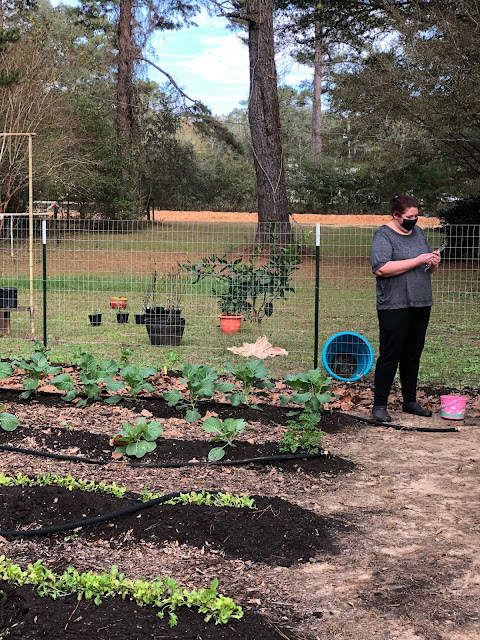 Barely a weed in it for Maggie to show me her weeding talents on. What a sweet gift that Lily's daddy has given her to help her with it. It's been a joy to him and to Lily and given him time to be at their house without fear of exposure. 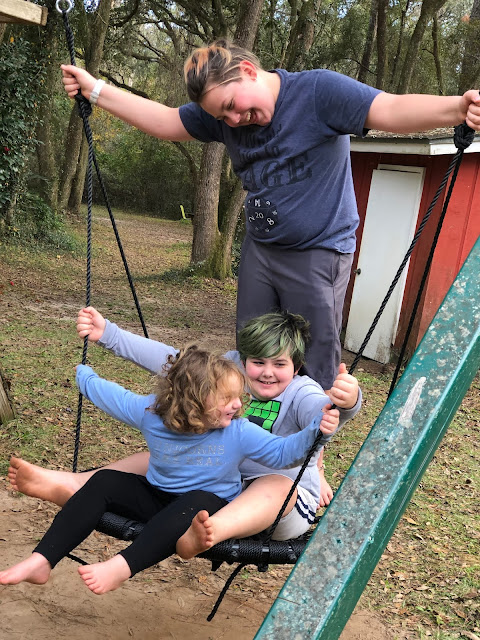 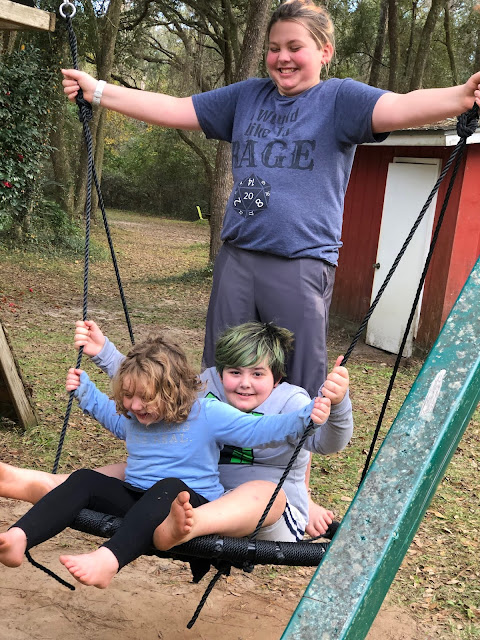 I know that the pandemic has been hard on these kids but they seem to be taking it all in stride and have developed a closeness that I did not foresee happening. At one point today Maggie said of Owen, "He is my best friend."
Lily told Owen he could go get his rat girls and bring them out for some cuddles and so he did. 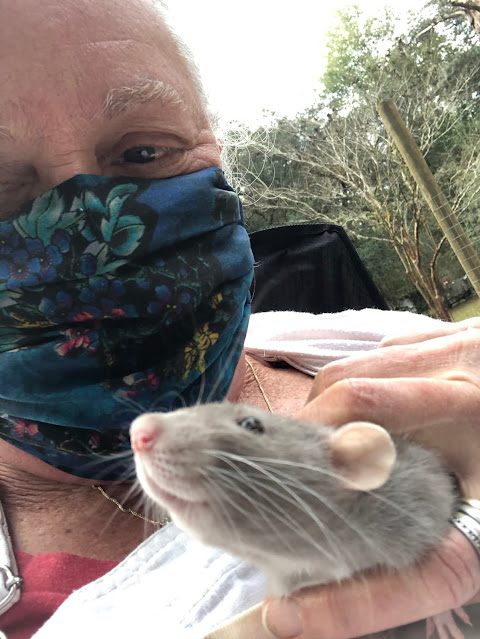 Not used to being outside, they busily sniffed the air. I think this may have been my first rat-holding experience and it was pure sweetness. 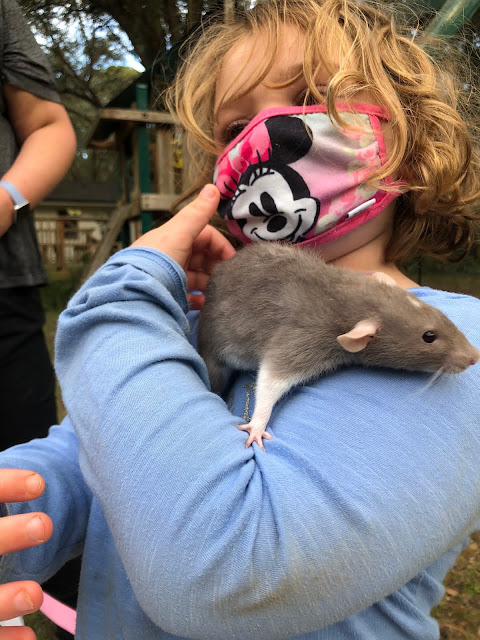 Magnolia is a pro. 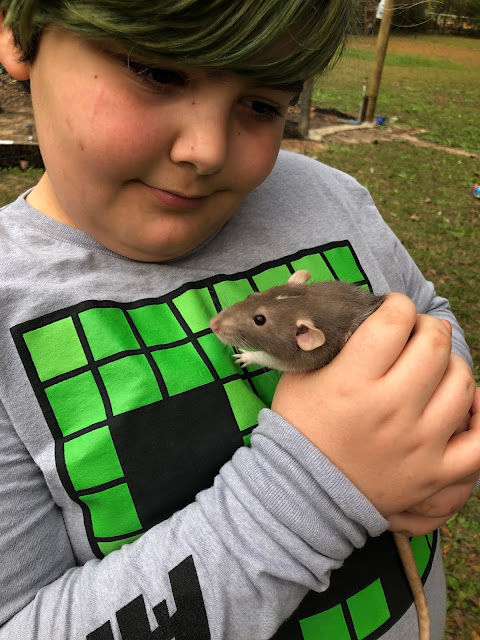 I love this picture of my beautiful Gibson.
And thus, my day brightened and my mood lifted. Once again, I got to sit and chat with my boys and with Maggie and they delight me. I love them so. And I got to see Lily's house for the first time in so long and her beautiful garden and feel the love there. So much love. And so much life.
On the way home, we stopped at No Man Lord's place to buy some wood for Mr. Moon to cook our chicken on tonight. 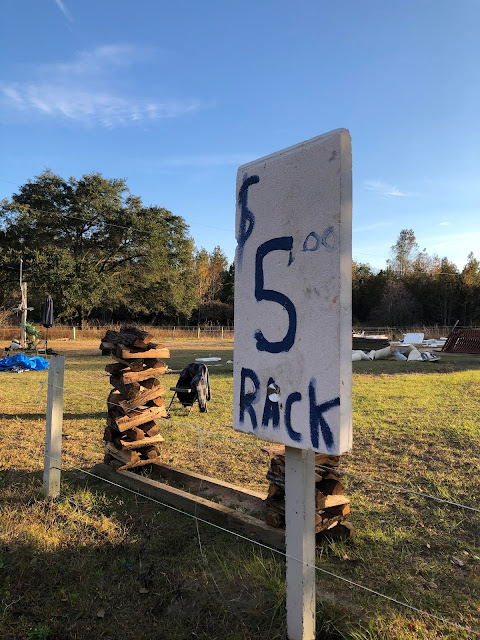 He got ten dollars, we got a fire to cook supper on.
Nothing more to say. 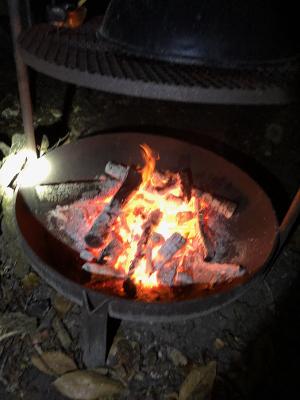