I Think I May Need A Vacation 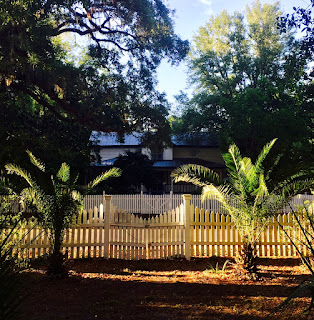 Well. It's been an interesting day but not a vastly interesting day. Okay. I'll be honest. It's not been that interesting at all if you have a normal life, whatever that is, but when you lead a life like mine, anything out of the ordinary can be classified as interesting, I suppose.

The mute button on my phone had quit working. Like- it was stuck on mute. I could move the switch but it didn't un-mute. Thank the Lord and all the little angels, I could still listen to my book with my headphones on but I was getting no alert sounds, no phone-ringing sound, not that my phone ever rings unless it's someone trying to get me to buy a condo or aluminum siding or something.
And yes, I had dropped it recently. Without a case on.
So I took it in to the Computer Doctor place and the guy at the desk said, "Blah, blah, blah, $95."
I said, "Okay, here's my phone."
He said, "Two hours or so."
I said, "See you later."
Then I got into my car WITHOUT A PHONE and proceeded to live for two and one half hours without it.
Amazing, right?

I went and got my new glasses. I'd show you a picture but I'm so vain and old and ugly that I don't want to. You'd think that glasses which cost ten thousand dollars (okay, slight exaggeration) would make me look at least five years younger and four times more beautiful but no, they do not. I look the same. Old and ugly.
I want to sue someone.
But, I can see better and there are no scratches on these lenses and that's worth about five thousand dollars so it's okay.

I then did some shopping. Or what some would call shopping in that I walked around TJ Maxx with one of those mini-carts and I found a purse I loved so much and I put it in my cart and I walked around with that thing in my mini-cart for about thirty minutes, occasionally stopping to fondle and explore it like a mother cat might fondle and explore her new kitten, and looked at other stuff and didn't put anything else into my cart and then thought and thought and thought and steeled my resolve to buy it and got in line for check-out and actually got to the register, looked at the woman and said, "I've changed my mind," and I went and put it back.

I'm still thinking about it though.

I went to Goodwill and bought a book and then I went and got some lunch (had to have the book to read while I ate lunch, of course) and then it was time to go get my phone. Which had not been repaired because what they thought was wrong with it originally was not the problem. The problem was a bent frame. (Oh my! How could THAT have happened?) So they gave it back to me because fixing the bent frame thing would have cost a whole lot of money.
But then I discovered that actually and in reality, something they did, did fix the phone because now the mute button works properly, bent frame or not and I didn't give them a penny AND they apologized for not being able to fix it.

So that was my exciting day, excuse me, interesting day.

That picture up there has nothing to do with anything except that it's what my Canary Island date palms look like when the sun is doing down. I hate those fucking things and should be shot for ever planting them because each one of the spikes in the fronds could be used by James Bond to kill a villain and there are hundreds of spikes per frond.
But they are kind of pretty.

Golly. I bet you just can't wait to see what all I get up to tomorrow!
(Spoiler alert: It may involve chicken shit.)