There Are Plans And Then There Are Realities

So. Guess what, chicken butt? As the kids might say. EARLY VOTING HASN'T STARTED YET!
Oh for Christ's sake. Why don't I do a little research on this shit?
Because I'm an idiot.
Oh well.
Jessie and August and I had a delightful time in Monticello anyway.

We went to the Mexican restaurant. 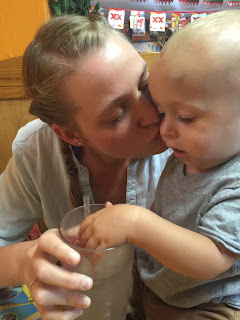 We ate tacos de pollo and beans and rice. See August's boo-boo where he fell off the couch the other day? 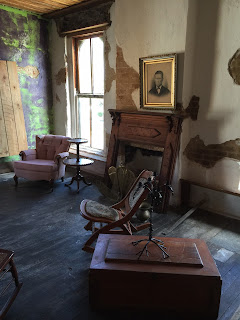 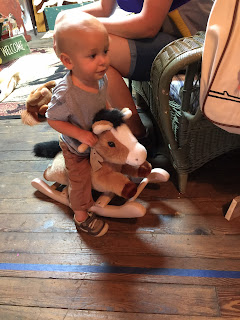 And August had more fun than he would have had at Disney World. He is absolutely the most delightful child and I am not just saying that because I am his grandmother. I am saying that because he is. We bought a few clothing items at the Humane Society thrift store both for ourselves and for Maggie and Gibson and I got a set of beautiful Corning Ware leftover containers. 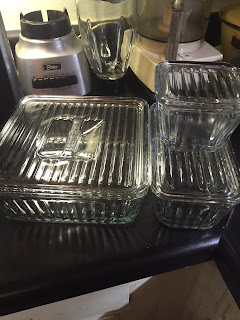 That largest one is big enough to hold an entire roast chicken. Or a party's worth of potato salad. I can't begin to tell you how trilled I am about it.

And then, August got to talk to a kitten behind a glass window. 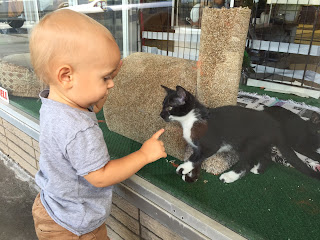 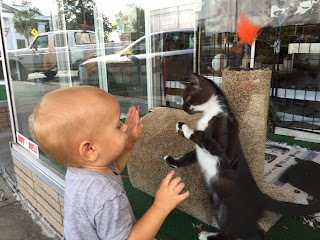 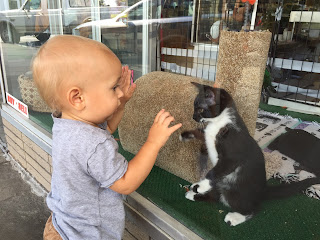 So it was pretty much a perfect day and for some reason, I'm not in nearly as much pain as I was yesterday, even though I took a pretty good walk this morning. Not in the woods and fields, I might add, but down the sidewalk to the county line and back, with a little lagniappe hike down a road which ended at a church and an old graveyard under some towering oaks. It was nice to change it up a bit.

Mr. Moon is off to Georgia again and so I'm holding down the fort. It's supposed to get down into the fifties and forties for a few nights, starting tomorrow and I can't believe it.
I hope the heater still works.

I guess I'll be going back to Monticello next week sometime when the actual early voting begins.
Which doesn't suck in the least.