This Is What Happened: For Posterity's Sake 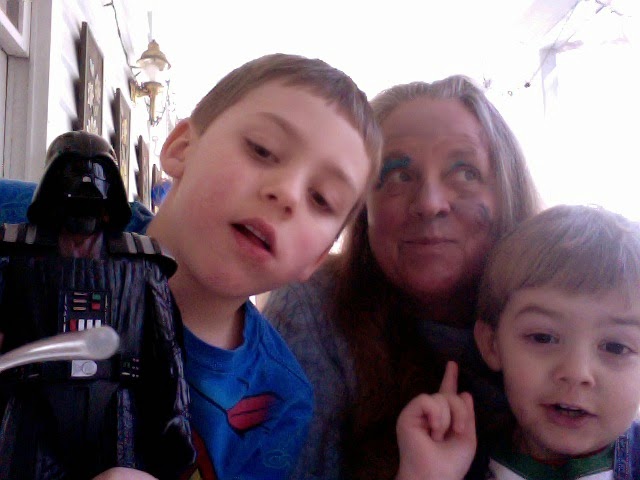 Owen gave me the complete spa treatment today. He massaged my shoulders, did my hair, gave me make-up, filed my nails and...wait for it...flossed my teeth!
Gibson helped a little bit.
I feel so much more beautiful now even though I have scrubbed my face and filed down my nails into a shape more suitable for a human being than they were after Owen did them.

They were only here for a short while this afternoon, just enough to have sweetness and fun and not one tear.
That Darth Vader which Owen is holding is one I got him yesterday at the Big Lots. I let them both pick out a toy and Owen chose Darth and Gibson chose some Aquanauts? Is that what they are? Owen adores that Darth Vader. He has a light saber, of course, and it lights up and Darth makes his Darth noises and Owen knows all about the relationship between Darth Vader and Luke Skywalker and some other dude I never heard of and today he told me that Princess Leia was a BAD girl. That she kissed her brother on the lips! He told me this as he was painting my face, his face just inches from mine and his eyes grew wide when he related this information.
"Well, she didn't know he was her brother," I told him. "Plus, I'm your grandmother and we kiss on the lips sometimes."
I don't think this redeemed the bad girl in Owen's eyes. He knows what's what.
Gibson could not care less who kisses anybody unless he's involved. When I went outside to kiss them good-bye when they were leaving, Gibson absolutely would NOT kiss me.
"I can't," he said, which is one of his favorite things to say along with "I need you."
I begged, I pleaded. "Just one little kissy?"
"No."
"Well, I love you," I told him and I closed the door, my lips feeling the distinct lack of those still-baby cheeks for one more kiss.
I went around the van and kissed Owen who will always kiss his Mer and then Gibson changed his mind. So I went back around, opened his door, kissed him good, told him I loved him once more and closed his door again.
Before they got out of the driveway he was yelling out the window, "One more kiss!"
Which of course I gave him.

They slay me. They slay me with their love, their curiosity, their smarts, their humor. The things they say and do. Their sweetness. Their boyness. Their slyness and cunning and complete openness.
And I tell you what- if there is one thing I am put here on earth for, it may be to show these children in their earliest years that they are deserving of absolute unwavering and unconditional love.
Yes. I think that is what grandparents are for.

So they made it a good day for me and I made a garbanzo bean soup with cabbage and onions and peppers and garlic and tomatoes and potatoes and venison sausage. And oatmeal-sweet potato bread.
I have covered up a few plants but I know that the spirea, the azaleas, the redbud, the Japanese magnolia and even the camellias will drop their buds. It's okay. Somehow it will all be okay.
It is not unusual at all for us to get these late freezes. I have seen it snow in March. Once. Thirty years ago. It snowed in the Bahamas that year.

Still, my potatoes and peas survived. How is it that I can remember these things? I do not know.

Will I remember this day? Probably not but here, I have written it out. With pictures.
One more of those. 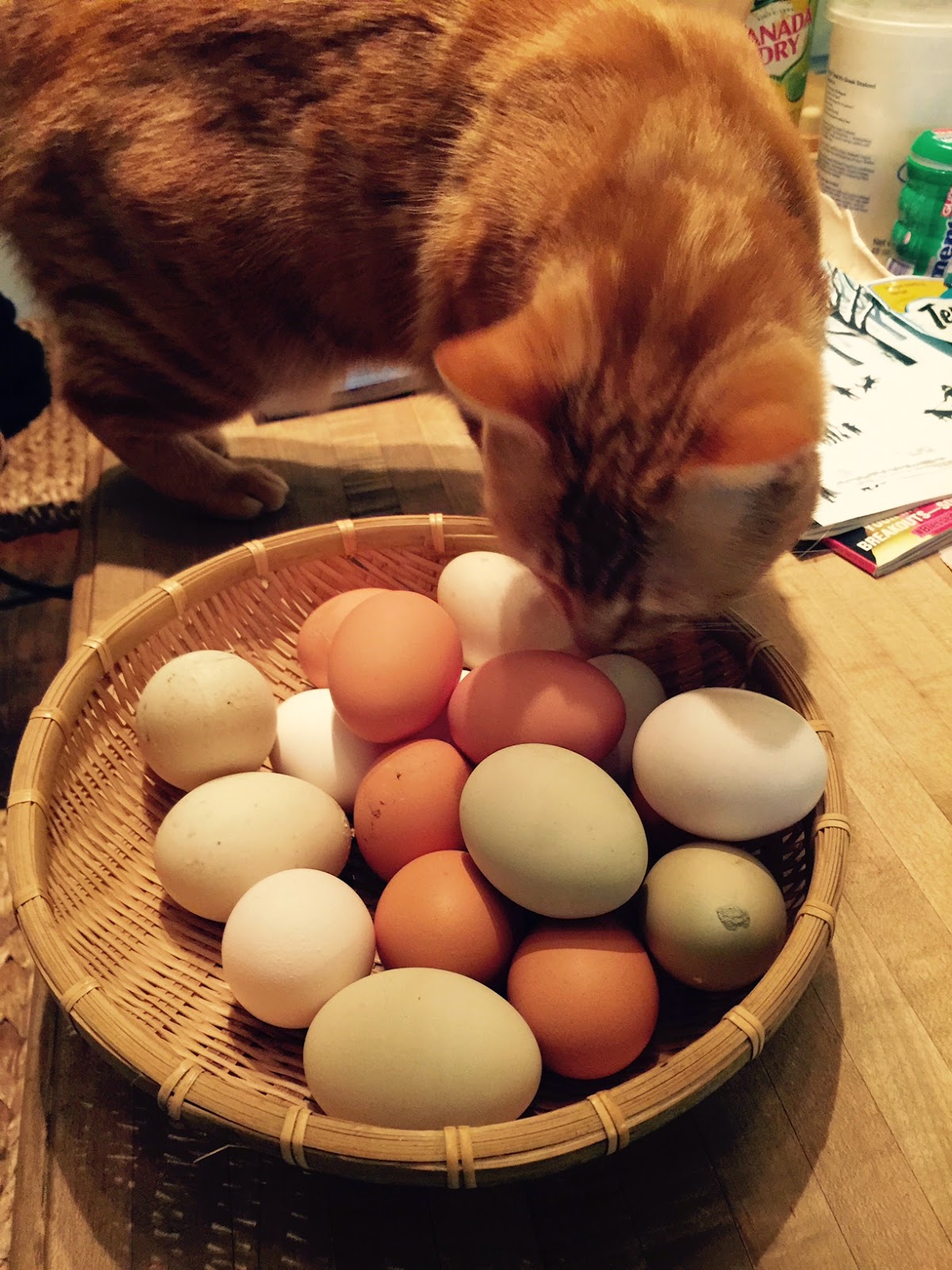 Riches. And a crazy cat who doesn't know whether to kiss me on the lips or tear my hand off.

I bet she sleeps with me tonight. There will probably be kisses and teeth and claws. It's okay. I understand the ambivalence of loving something so much you want to eat it. She and I share this trait and it's probably why I love her so damn much.