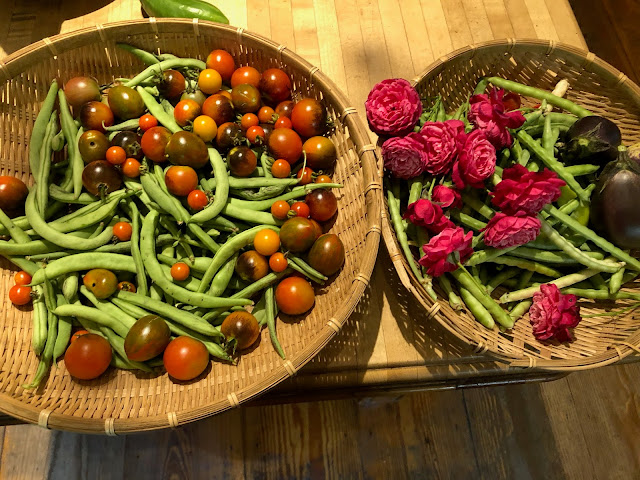 That's what I did this morning. I bet y'all would appreciate it if I got new picking baskets, wouldn't you? Two days ago I turned the sprinklers on the garden all day long and the beans and cherry tomatoes and peas have made a comeback. We've been getting predictions for rain all week but haven't had much, most days none at all. It's rumbling and rolling out there right now, but as with so many things in life right now, I am not feeling a lot of hope for good chances of relief.

I talked to Jessie this morning and Levon too. I asked him if he was having a good time with his brother and his cousins and he assured me that he was. I also asked if he was going to give me a hug when we see him soon. He allowed as how he would but he did not sound overly enthusiastic about it. Jessie says the cousins are all relating even more like siblings this year, even to the point of having more power struggles and conflicts. Nothing terrible, of course, and all normal and she said the hardest thing every day is separating them when it comes time for bed. She said all five of them spent the entire day yesterday peacefully building amazing things with Legos including a pizza parlor. I am pretty sure that those boys are not going to be very happy about coming home this year. I can't wait to get my eyes and hands on them. Vergil has arranged a fishing trip for Mr. Moon while we're there which is so very sweet.

This afternoon my husband and I actually sat in the Glen Den and watched TV while he ordered some parts he needs online and I shelled the field peas I've picked. When I had to get up and attend to other things, he finished off the peas and we have more than I thought we did. Plenty for two meals, I think, and plenty more on the bushes. 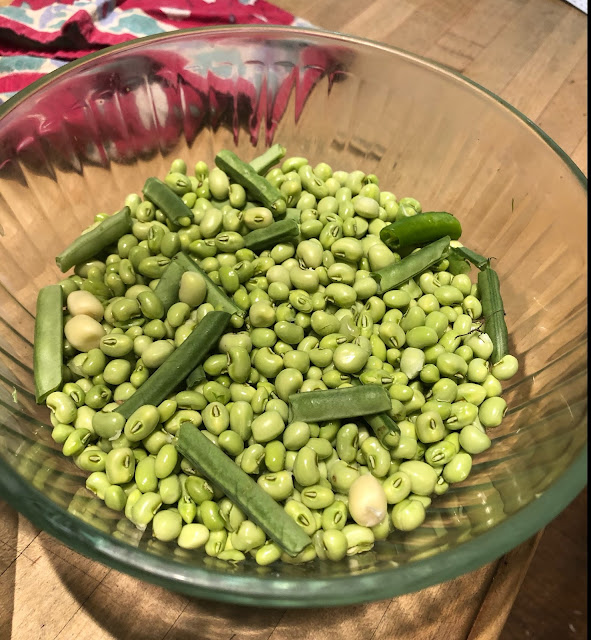 That may not look impressive to you if you've never known the ambrosia which is a bowl of field peas and rice, but if you have you do know what I'm talking about. The flavor is just so subtle and fresh and green and whole. That bowl right there- the contents of that- is one of the reasons people survived life in Florida in the early days. Peas and grits and sweet potatoes and game and fish and greens were the staples upon which people lived. A hog raised and butchered and smoked, and a cow to milk were necessary luxuries to round it all out. Crops of peas and corn and greens and sweet potatoes were fairly easy to grow, being heat tolerant and bug resistant. Throw in cane syrup and wild berries and fruit picked in season and you had dessert. The other day someone posted a question on Facebook- "If you had to make supper out of what you have in your yard and property, what would you be eating?" Someone had replied, "grass-clippings" and I felt so lucky, knowing that we could have venison or fish, peas, beans, tomatoes, potatoes, onions, garlic, and cucumbers.
You can make a feast out of those ingredients.
Oh. And eggs, of course.
I wanted to get a picture of Violet and her child to show you how big that chick has gotten. I threw some stale raisin bran out by the back steps and they immediately began to peck away. 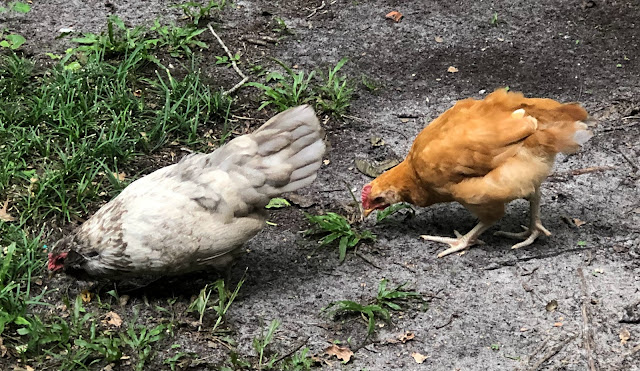 Those babies will be full-grown soon. When I threw the cereal out, all of the chickens came running and I noticed that Darla left her kids way out by the hen house to come and peck at the bran flakes. They appeared confused for a few moments and then they ran to join her. She is lengthening the apron strings for sure. I wish I could tell which ones are roosters and which ones are hens (if indeed any of them are hens) so that I can name them and begin to feel affection for them. I may keep one rooster but definitely not two.
Speaking of eating fish, I am going to pan fry these two pretties tonight. 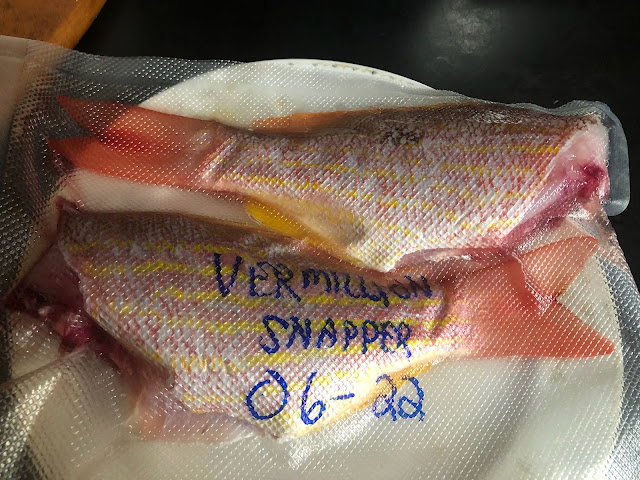 They will be good, I am sure.
Grits, too, will be involved.
Mr. Moon is leaving in the early morning to go back to the coast to fish with his friend and I am not unhappy about that. We had a good time today watching first a silly man-movie called Man From Toronto which was ridiculous and had some good lines in it. Woody Harrelson, Kevin Hart. I told him that since we'd watched a dick-flick, we should watch a chick-flick to balance things out and we watched about an hour of Love, Actually, which I know I've seen before but oh, who cares?
Clean sheets. Martinis.
Happy Friday. 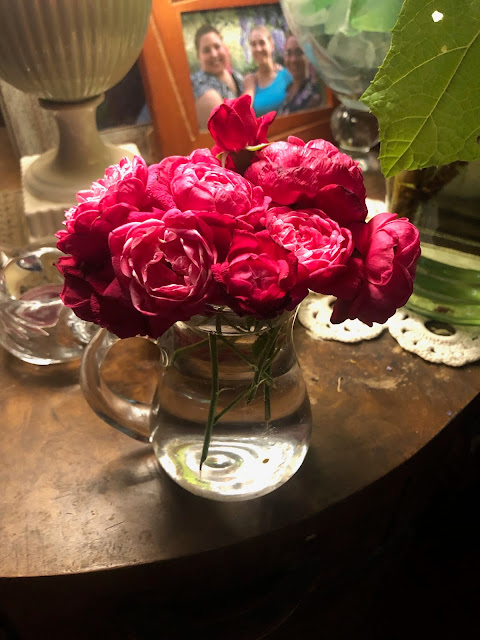