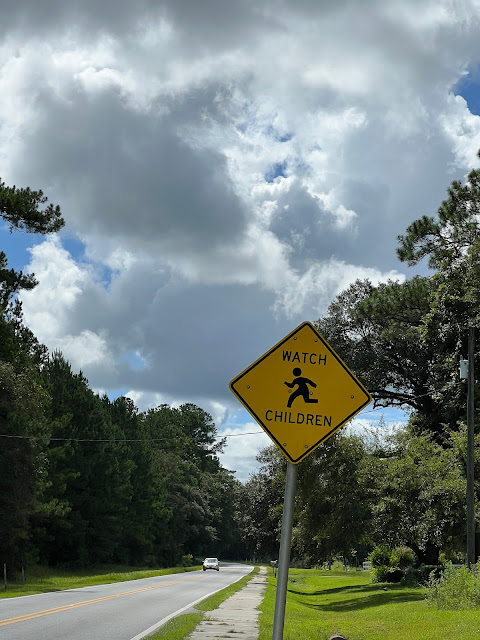 That's what the sky looked like this morning when I took the last walk of my 67th year. I haven't been out for a good walk in so long that I think I was mainly curious to see if I am still capable of walking a few miles. Turns out I am but boy, was it hot.
I had an experience.
There's a very old, abandoned, cabin just a little way down the road from us. I've posted pictures of it before but I wanted to get a few shots of it. I'd barely snapped this one 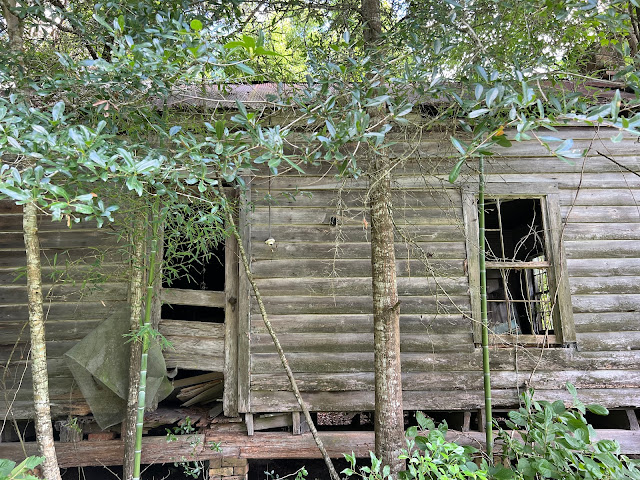 and was heading over to the right there to take another picture when I heard someone saying something. I ignored it and snapped a shot outside a window 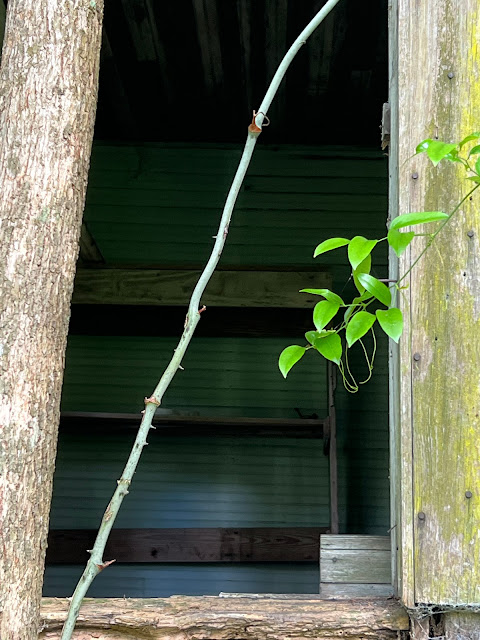 and was picking a path through the brambles and bushes to go around to the back when I realized the person was saying something to me. So I stopped and looked and it was the lady who lives across the street from the cabin.
She was on a mission to prevent trespassing there (she does not own the property) and I had a weird and defensive reaction to something said by a person who obviously has many problems. The odd thing is, I do not feel ashamed of myself for having had the reaction I had but I do wish I had thought it out more reasonably. Now I just feel sad for her and I need to let it go.
Anyway, for the rest of the day I've just done domestic things. I picked field peas and green beans which are definitely on their way out. I admired the okra blossoms. 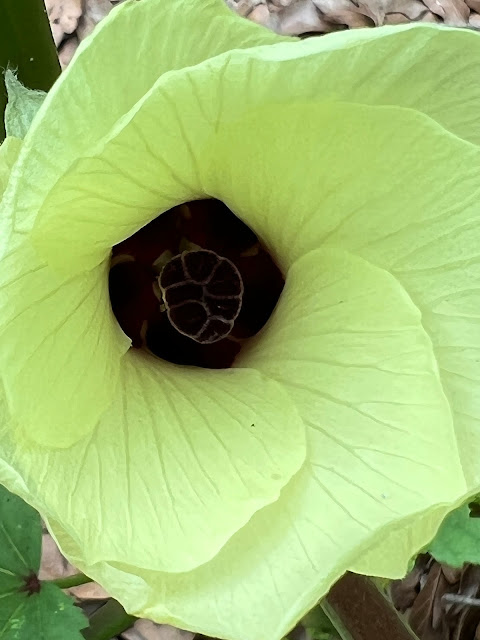 I did laundry and finally decided to make some jam with the figs that Mr. Moon had picked before we left for NC. I did not want to waste them and the tree appears to be done making fruit for the year. So I prepped the figs and peeled and cut up two apples what were on their way to apple heaven via chicken beaks, one of which had been sampled by Maggie and then almost thrown away until I rescued it, a peach, and a few frozen strawberries. I didn't even bother to sterilize jars or lids, just made the jam and put it into clean jars and capped them and they will go directly into the refrigerator. 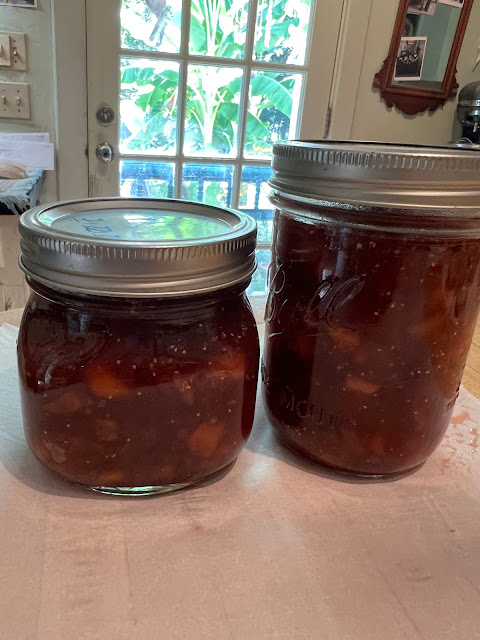 It is delicious.
I have no plans for tomorrow which is my birthday. Perhaps I will make Mr. Moon take me to Monticello for lunch and then a trip to the antique store. Or perhaps we can just go spend a good chunk of the day at the river.
I do not know.
I do know that I can't believe I've reached the age of 68. For a plethora of reasons. But it would appear that I have.
See you tomorrow.
Love...Ms. Moon
P.S. I edited this post because I realized that I had totally infringed on someone's privacy in what I wrote and posted at first. I am not proud of myself for that.
But there you go.
Posted by Ms. Moon at 6:49 PM