At Least I Got My Steps In 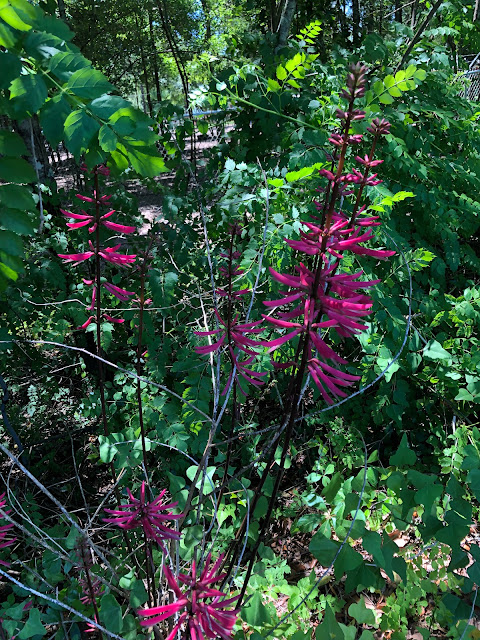 Had a decent walk today. I should do a translation of my walk terms. Such as:

I guess that 5 miles would be a damn good walk but I haven't done that in awhile.

Anyway, I had a new experience. I was walking by No Man Lord's which had a lot of activity going on and there were a couple of guys that I recognize sitting in the shade and another person getting water from the spigot. Also- a dog that I thought might possibly have been one of the dogs who attacked my chicken a few months ago. So for some reason I stopped and said, "Excuse me! But is that y'all's dog?"
The person holding the bucket came walking towards me and it turned out she was a woman. She claimed the dog as hers and we then began what became about a twenty minute conversation. What an interesting woman! When she found out that I had chickens she fairly blatantly asked me for a hen. She said she has one hen and a rooster but she's trying to get some chickens started for the two guys who were sitting in the shade. I told her that no, I don't give my chickens away because they're like pets and that she should go to the Tractor Supply and pick up a few chicks. She wanted a hen that was already laying though. She was under the impression that it takes a year or more for a hen to start laying. I told her that no, it could easily happen within six months.
Turns out she is a teacher. That's her calling. But right now she's taking some personal time. I think she's trying to get some sort of business going with the two guys sitting in the shade (who, it turns out, are related to Harvey, aka No Man Lord) like landscaping and painting and simple carpentry and mechanics.
It was a pretty good conversation and by the time it was over I asked her her name again and it's not an easy name to say and I have no idea how to spell it so she said, "Let's think of a name you can call me that's easier."
I immediately said, "Boss," which made her laugh and she said, "Boss Lady."
Trust me. She is the boss.

And then I resumed my walk.

I cleaned the hen house today. Nests that have been used for brooding for three weeks require some tidying up, as you can imagine. The brooding mothers do not poop in the place where they are brooding so that's a good thing but still, fresh straw is called for. I also moved Violet down to the ground, next to where Darla nests with her babies. I set Violet's child down with her and also gave her the eggs she's been sitting on. I hope that Darla doesn't freak out. I see no signs that Violet's other eggs are going to hatch but I'll let her keep them for a day or so. One of them rolled out from underneath her and I watched as she quite skillfully and gracefully, moved it back where it belonged with her beak. 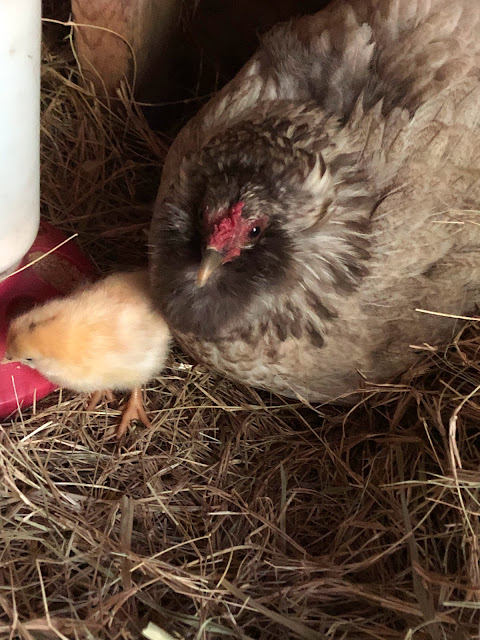 There's a not very good picture of Mother and Child. At least in this situation, the two small families can share a feeder and a waterer although, as I have said, Darla's chicks are barely eating any of the chick feed. Their mother had them all over the yard again today. They are a busy little unit.
Lily brought her kids over this afternoon after school for a quick visit. The children got to see the new biddies and Maggie and I played two rounds of the matching game and the boys played Wii with their granddad. Snacks were consumed. Owen is going to spend the night on Friday and so we discussed what he wants for his supper that night. Chicken parmesan.
That can be arranged.
Maggie found the doll she left here last time she spent the night because the dolly wanted a stay-over visit. She was glad to be taking the child home and asked me if she'd been a good girl during her stay.
"So good," I told her. "I barely knew she was here."
And now it's quiet here again and I've already partially made our supper- the creamy cashew curried squash and sweet potato soup that I love. All I have to do now is puree the vegetables and reheat it all with the coconut milk. The oven in my Thermonster has suddenly quit working for no apparent reason and so I'll be making naan on the stove to go with the soup.
Dammit! We've got the stove guy coming out but not until next week. I can't believe this. I am VERY disappointed. The broiler works, the convection fan comes on, but the oven just won't ignite. It worked fine yesterday when I baked that pie. I am so disappointed.
But of course, this is such a first world problem. I have my air-fryer which is also a toaster oven, a baking oven, a convection oven and an air-fryer so I'll just be baking things in smaller amounts which is not a bad thing anyway.
I haven't answered comments today because of time constraints but I'll try to get to them. I've taken to checking my spam comment folder lately because it seems as if a lot of comments are getting sent there. I check them off as not-spam and publish them when I find them. I sometimes wonder how long blogger will continue to provide this platform. I can't see how it makes them any money at all. But it does seems as if they are letting things slip.
You get what you pay for, I suppose.
Here's another shot of the coral bean. 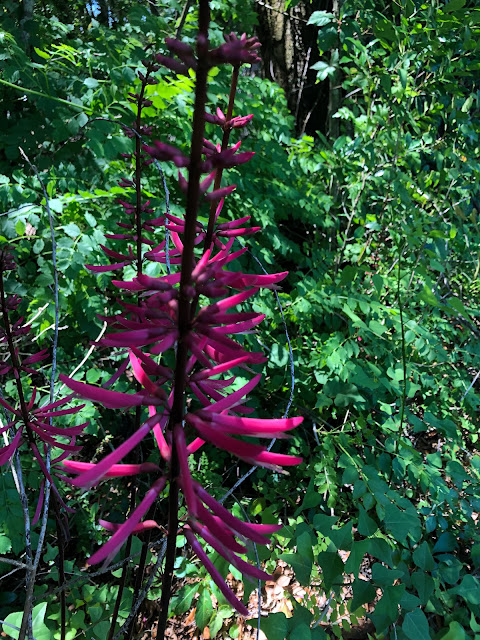 It gladdens my heart to see it.
Love...Ms. Moon