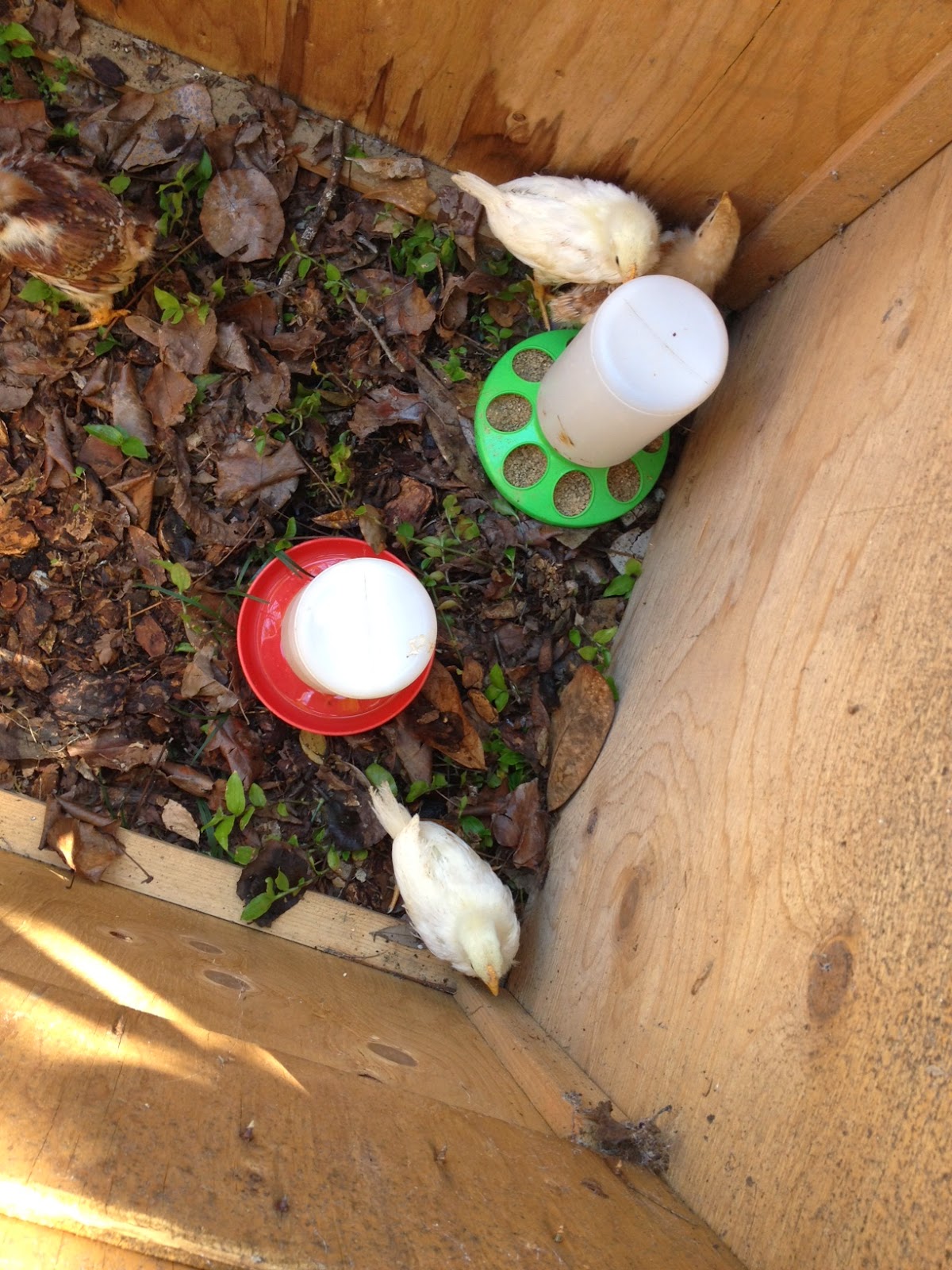 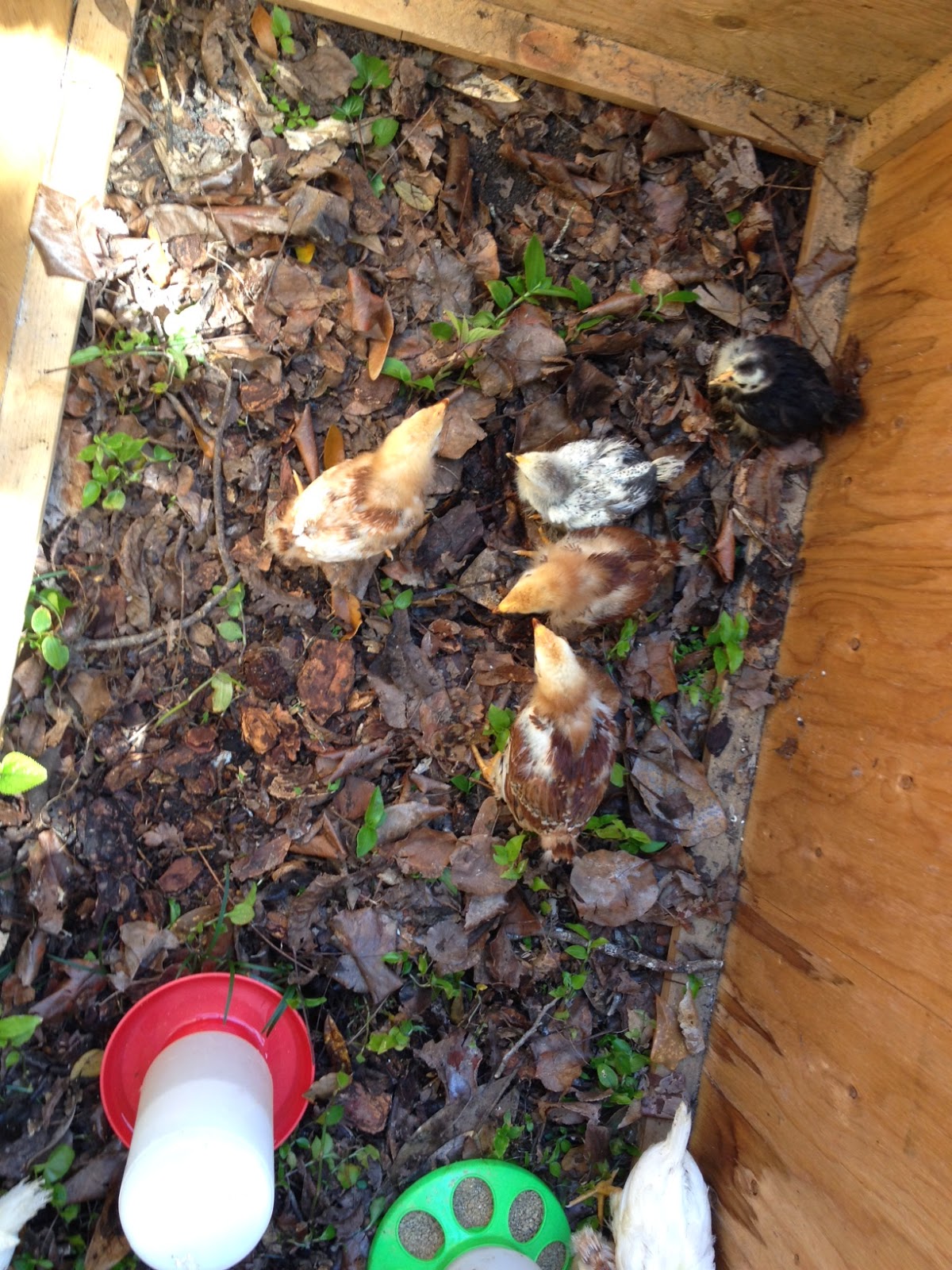 The chicks got to go outside today. They were paralyzed at first which is what they're supposed to do when they are unsure of the situation. Stay still. And they did. But in awhile, they began to peck at the ground and thus, they begin to learn how to be chickens. I think of how unnatural it is for them to be raised by humans instead of by a hen mother. Hens keep their chicks tucked under their wings for hours every day and of course all night which means they grow up virtually in darkness, at least for a few weeks whereas we keep them in a white box with a lightbulb. Yes, you're supposed to use a red light but I don't have one and Publix doesn't sell them so they get a white one. Bright light, 24 hours a day. And yet, somehow their chicken instincts survive and when they are older and can live in the coop, they will peck and scratch all day and know to go to the roost at night.
I read an article in Scientific American recently about chickens and how much smarter they are than humans have given them credit for. Well, maybe stupid unobservant humans. But get this- chickens have as many distinct meaningful vocalizations as do primates!
They should have just asked me.

Anyway, they are safely back in their ice chest and if it's nice outside tomorrow, they will go back out.

It's been a beautiful day here. We went to Lowe's (ugh) to buy stuff for Mr. Moon's kid playground project and ferns for the porch and some seeds and stuff. I got done with my part first and went back to the truck with all my purchases and a ten thousand pound bag of potting soil, only to realize that the truck, which Mr. Moon had carefully parked with the front of it facing out had been backed up to by another truck which did the same thing.

I shouldn't post this but I have to.
A text I sent to Jessie and Lily. 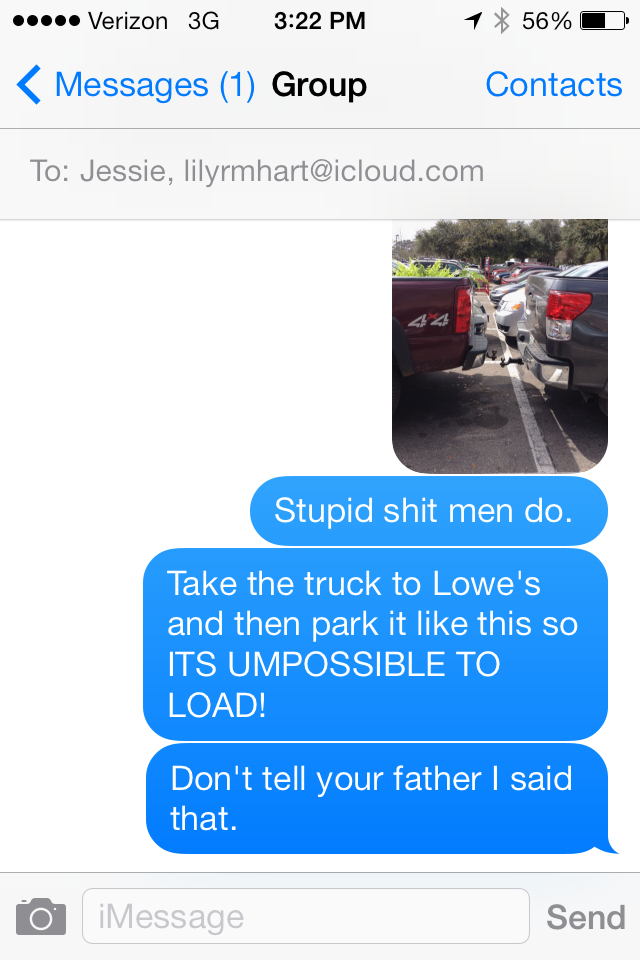 And I just realized I wrote "unpossible" and what the hey, auto-correct? You couldn't correct THAT? Oh well.

Then we went to another nursery for tomato plants and pepper plants and something else, I don't know what. While I was there I decided that when we move to Apalachicola, I am going to grow nothing but camellias.
Yeah. We'll see how that works out.

Here's the hanging ferns on the front porch. 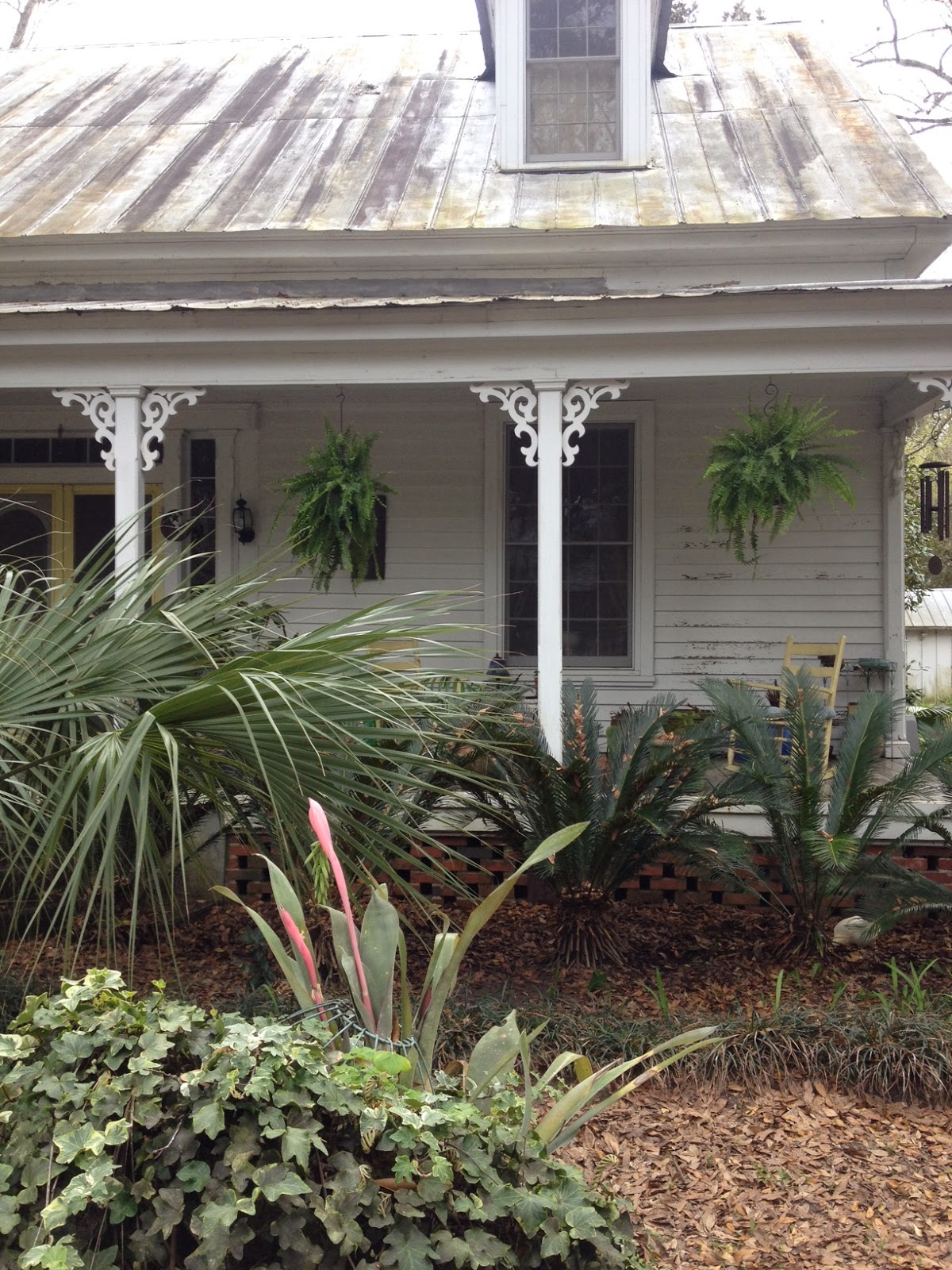 Well, two of them, at least.
And the "Macho" ferns I got to plant in the pots beside the front doors. 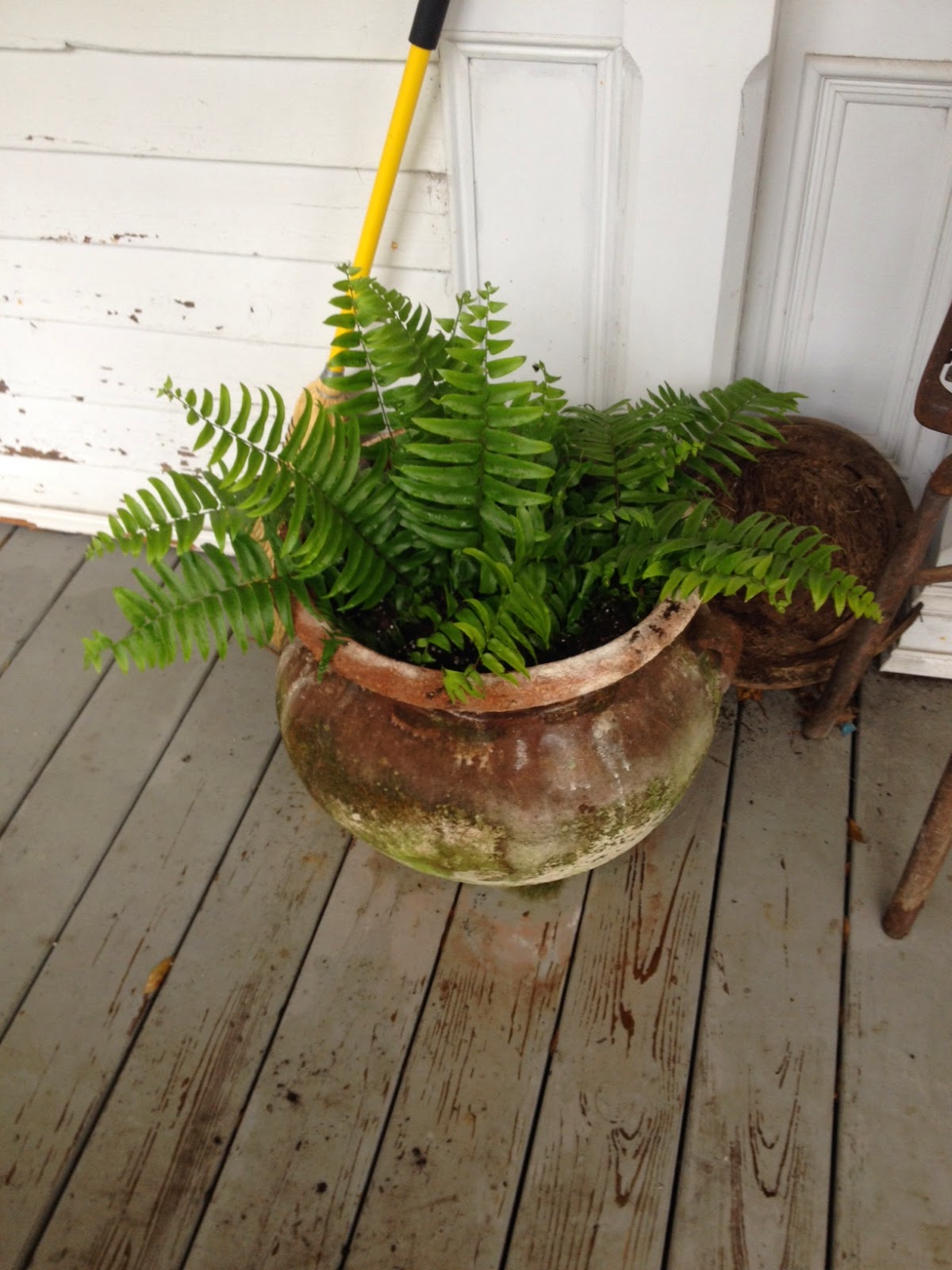 What would happen if you put Macho ferns and Maidenhair ferns in the same pot? Hmmmmm.....

I watered everything and potted up a few plants I'd had rooting all winter. And that's pretty much been my day.

Oh! I picked one of my tiny fairy bouquets. 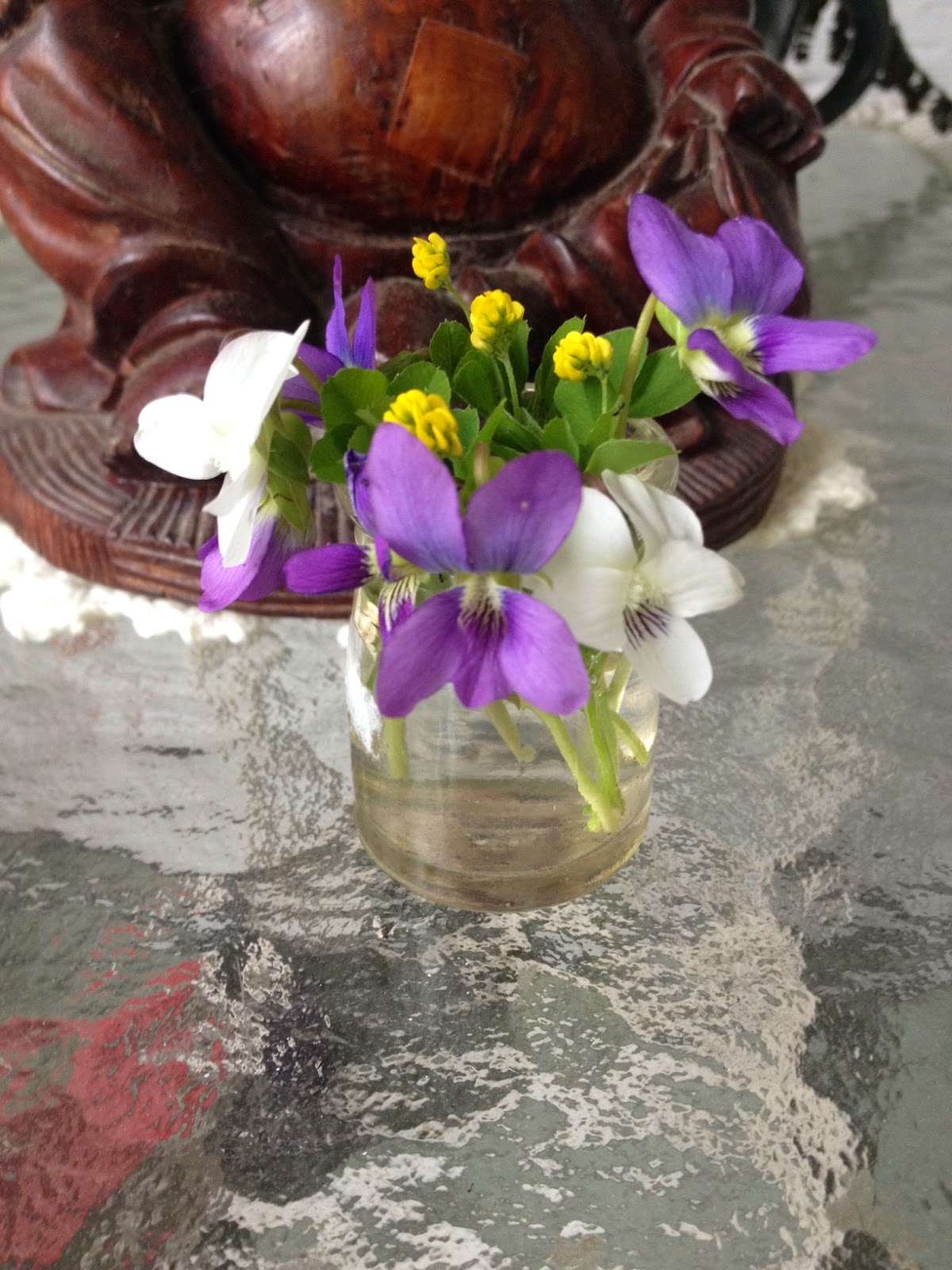 And Prairie Home Companion is on and Mr. Moon is sawing something in the garage and all is well.

Nothing special and yet...pretty perfect.

One more thing- do any of y'all know what this plant is? I know I should know but I don't. 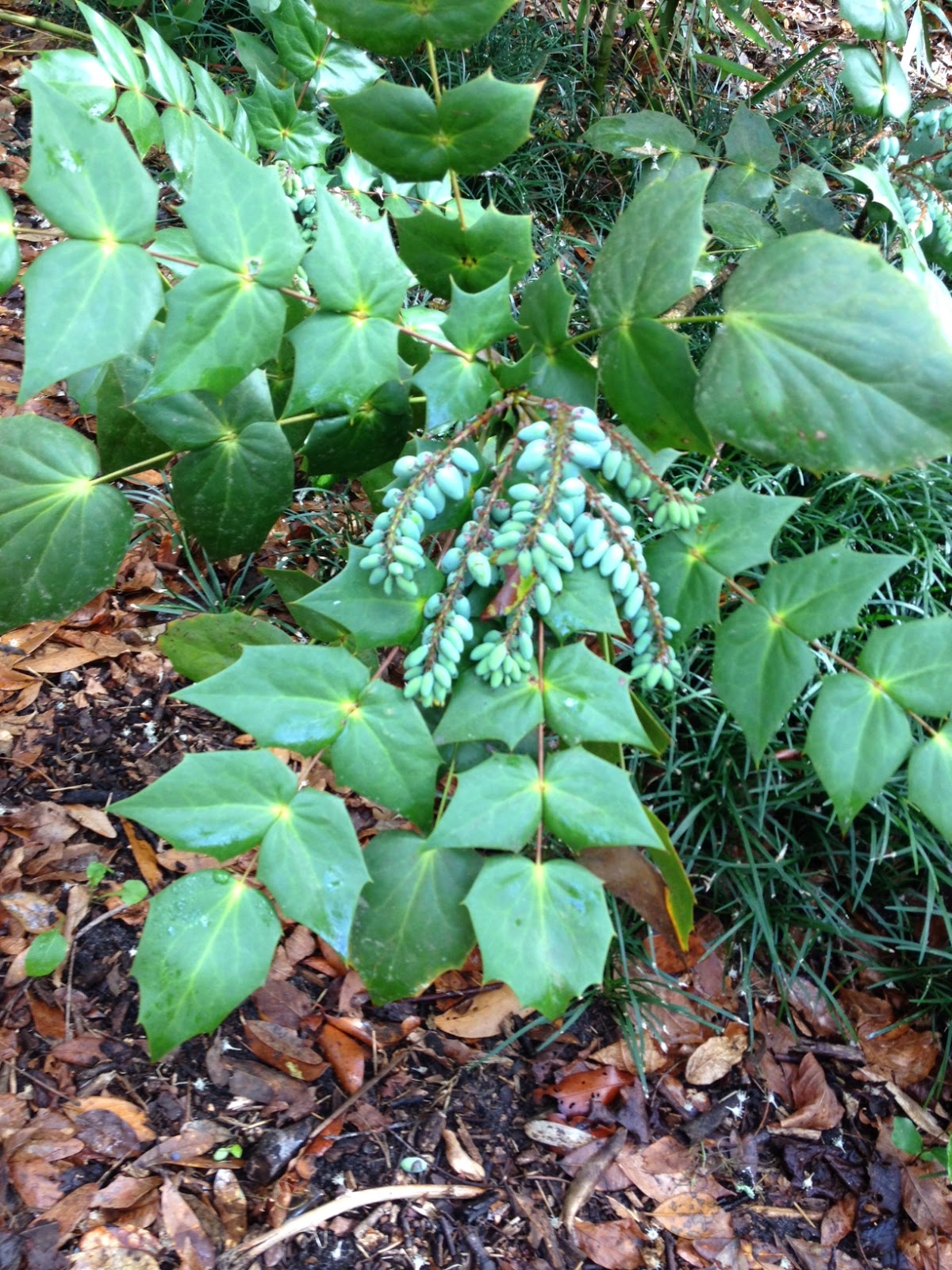 I could probably figure it out but I'm lazy and I am certain that some of you know and will tell me.
Thanks in advance.

Your lazy correspondant...Ms. Moon
Posted by Ms. Moon at 7:01 PM