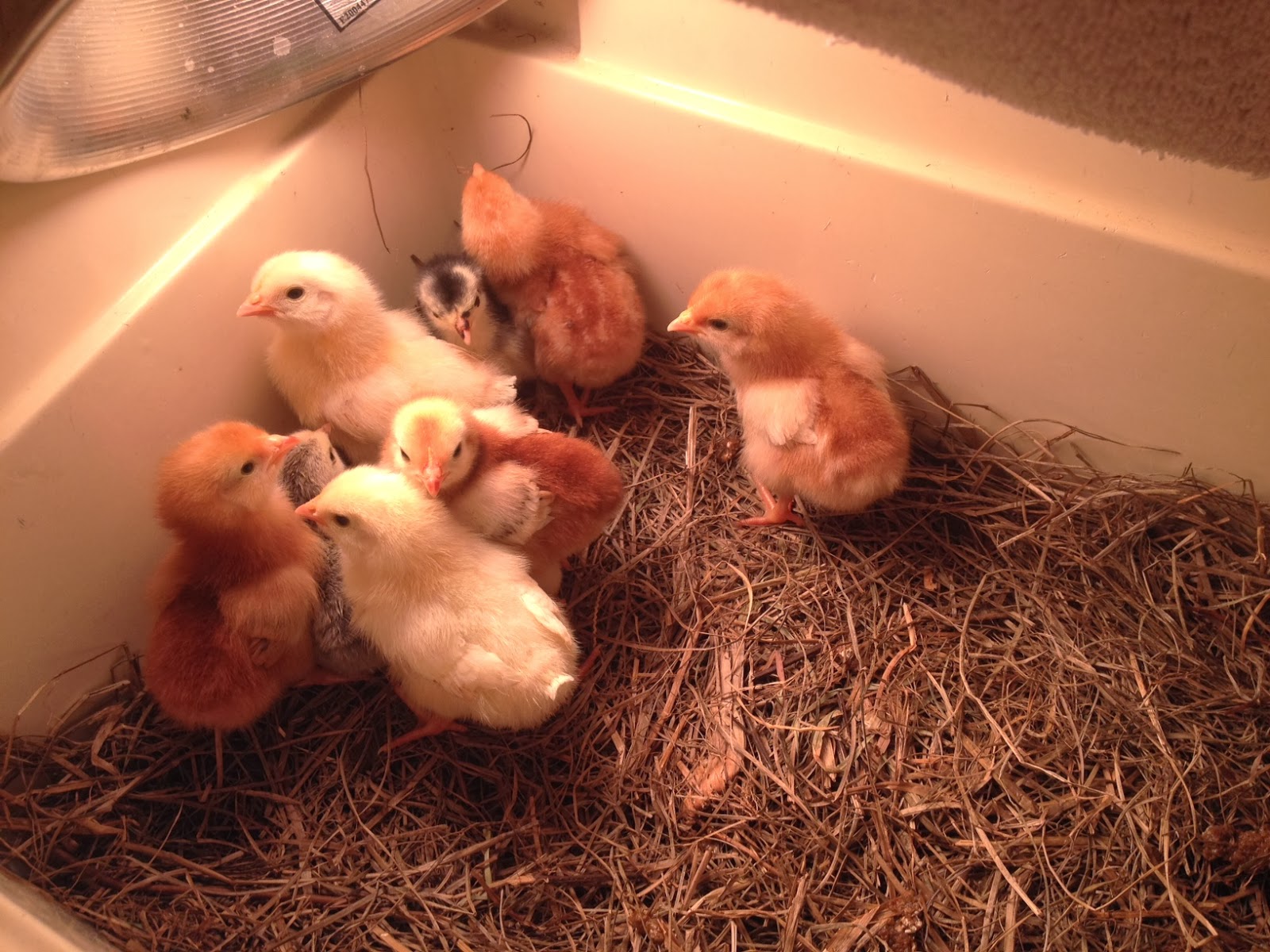 All the chicks survived the night although when I got up this morning and checked on them I discovered that somehow the waterer had drained itself dry, probably from being unbalanced, and so the towel and hay were drenched and I had to quick, quick, change out their bedding and rearrange things to hopefully prevent that from happening again. They'd also flung most of their food out of the feeder but that's just what baby chicks do. They are messy eaters.
If you look closely at the picture you will see that the yellow chicks, who are a little older, are getting their wing pinfeathers. Some of the other ones are too, but not as many yet.

Another simply beautiful day here in Lloyd and we've had our pancakes (sweet potato, peach, pecan, oatmeal, oat bran) and they were, as they are almost every Sunday, the very best pancakes I ever made. I think making those pancakes may have been my most creative effort for the day. Sunday ennui has overtaken me and I feel no real compulsion to do anything beyond hanging the clothes on the line. Mr. Moon, on the other hand, has a list as long as his arm (and he has a long arm, as you might imagine) of things he wants to get done from tuning up the old Toyota that we've had to bring back over from Dog Island for repairs to tilling some of the garden to...oh I don't know. He told me. I forget. He's outside making manly noise with vehicles and so forth right now.

I imagine I'll watch the Oscars tonight but that's a long way away. My porch plants need some serious tending but I need potting soil and do not want to drive to town to get it.

Ah well, something will present itself and the bluebirds are back, nesting in the box on the back fence and the sun is shining and it's time to open up the doors to let the outside in, the sweet warming air, the light.

I should wash the dogs, clean my bathroom, mop the kitchen but oh! how good it would be to simply lay on the ground on a quilt, reading and drowsing in the dappled light. I probably won't do that. We shall see though.
Here I am and it really doesn't matter what I do. I am the merest and most insignificant thing in the universe I can imagine and that is absolutely fine with me today.