Hello, Honey. This Is Your Mama. I Just Want To Hear Your Voice. 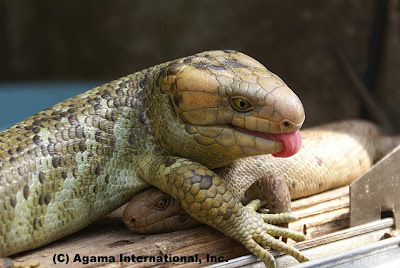 I've been thinking about the word aggravation a lot in the past few days.

Seems to me that it's a vastly underused word these days. We all tend to use hyperbole and make every little thing into huge dramatic events and I believe that bloggers (who me?) have been part of this movement. We've forgotten that life itself is mostly a series of small things, both good and bad, and just because these things are happening to US, it doesn't mean they're really that important.
It makes for interesting reading sometimes, these small-things-turned-large, but mostly, what we're writing about is just plain old aggravations.

Down here, some people say the word without pronouncing the r in it. Aggavation. Or, aggavate, as in, That boy just aggavates the hell out of me.
Or, we may put the r in the wrong place and the word sounds like aggervate. People who throw their trash out of their car windows aggervate me to death.

In that case, even the smallness of aggravation gets a little dramatic.

Mostly these days, I aggravate myself. I try to blame my aggravation on others but it all boils down to how I act or how I perceive what's going on around me. And I know I aggravate others.

Yesterday it occurred to me that I had not talked to one of my children in several days which I know means that she's having a hard time. I'd left her two messages and when she didn't call me back, I mentioned this to another daughter who had her husband check on her for me.

Okay, it was Miss Maybelle, the one I was worried about. She called me and said, "Mama, you did not have to have Jason check on me."

She was aggravated. I could tell. And really? I didn't blame her. She's a grown woman and here I am, her mother, sending her brother-in-law over to make sure she was okay.
But honestly, I can't help these things. When the babies are little, you're doing this constant roll-call in your mind, keeping up with where they are. Living room, bedroom, back yard. Everyone okay? Everyone safe? No one choking on a peanut? No one sticking a nail file in an electrical outlet? Good. Carry on.

They grow and the boundaries get bigger. School, karate practice, a friend's house.

Then they get bigger and the boundaries get even larger and oh boy, that's when the trouble really begins because even if they're in Guatemala on a school trip, that little roll-caller in the brain is constantly sending out the signal for you to check on them and find out if they're okay, even if you can't possibly do that and well, that's one of the reasons old people have gray hair.
And THEN they grow up and supposedly you give them themselves to take care of. You assume they're eating their vegetables and dressing appropriately for the weather and not selling drugs for a living, etc. But really, they're doing whatever they want and need to do because they're as grown-up as you and they don't need their mother breathing down their neck because honey, that is AGGRAVATING!

God, Mom, give me some space here.

But the mom- oh, pity the poor mom- because that internal voice that constantly wants to know where each child is and if he or she is safe does not shut up. If the kids think the mother's over-worry is aggravating, they should just try being the mother.

Which brings me to Lily, my mother-to-be daughter. I'm going to her appointment at the birth center today with her and her husband to listen to the baby's heartbeat. Last week, when Lily went in they couldn't find it, which was not only aggravating, but scary. Lily was only eleven weeks and some babies just can't be heard at that early date and they advised her to come back in a week for another listen. So today I'm going to hold Lily's hand and I'm going to tell that Brazil-nut-sized embryo in there to pay attention and let us hear you!

Yes. I am already being aggravating to my grandchild and he or she doesn't even have a functioning nervous system yet.

Well, that's my job. And it occurs to me that the voice in my head which demands that I know where and how each and every child is, is now going to force me to keep track of the grandchildren, even if they are still in the uterus!

But you know, aggravation is the burr in the saddle blanket that forces us to pay attention. It forces us to focus. It forces us to take care of each other, make course corrections, make telephone calls, go to our children and say, "How can I help?"

I'm going to take a walk and then go to town to go to the birth center where I used to work, sometimes taking Lily with me when she was a baby, to hold her hand and listen to her baby's heartbeat and our aggravation and worry will fall away and we will probably cry.

And for a moment, just a moment, the voice in my head will be silenced.

And then I'll think about HoneyLuna and wonder if she's okay and when was the last time I talked to her and then, probably I'll think about DownTown Guy and remember I never called him back last night to hear about his trip to Panama City and I'll get aggravated with myself and
there you have it- back to normal.

She can't help it. Even when she knows she's being aggravating, she just can't help it.
It's not her fault. It's the fault of that little GPS-like beep-beep voice in the old-lizard part of her brain that was activated when the first baby was born.
And which, as far as she can tell, will not be silenced until she takes her last breath.

So just deal with the aggravation, okay? Because with it comes the love.
And no matter how aggravating I am sometimes, it only means I love you.

Which is, unlike aggravation, the biggest, most important thing there is. So humor me and let me hear your voice because I love you so much that sometimes I just need to hear your voice.

Or your heartbeat.
Whatever.