Friday At The Moon's 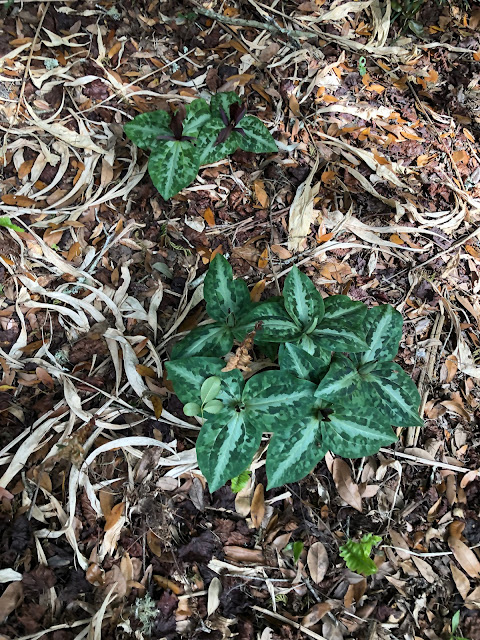 I've been thinking lately that the trillium is probably coming up and blooming and today I was outside doing a little cutting back and trimming (little being the key word here) and sure enough. 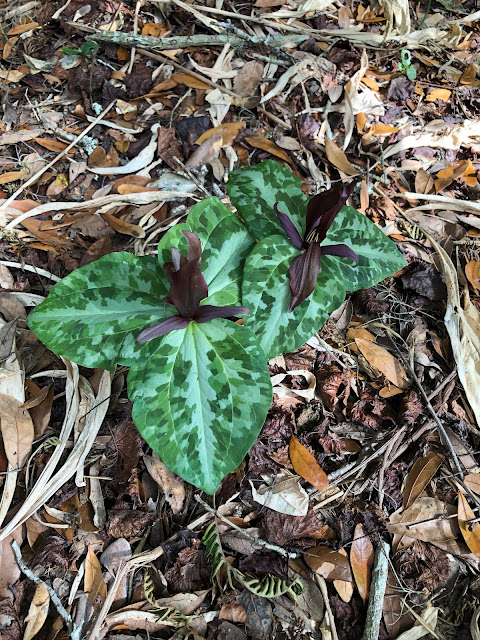 Such a magical plant to my eyes.

I spent time outside today, doing some of this and some of that. The hen house has fresh straw in the nests and I cut back the firespike that froze last week. I picked up some downed branches and hauled everything to the burn pile. It wasn't one of the indigo-sky winter days that make you want to call up your own personal idea of a god and say "Thanks!" to because it was partially cloudy but it wasn't unpleasant out by any means.

Here's a picture I took this morning of one of the hens telling a sister-wife on the nest in the pump house where some of them like to lay, "Hurry up, girl! Your time is up!" 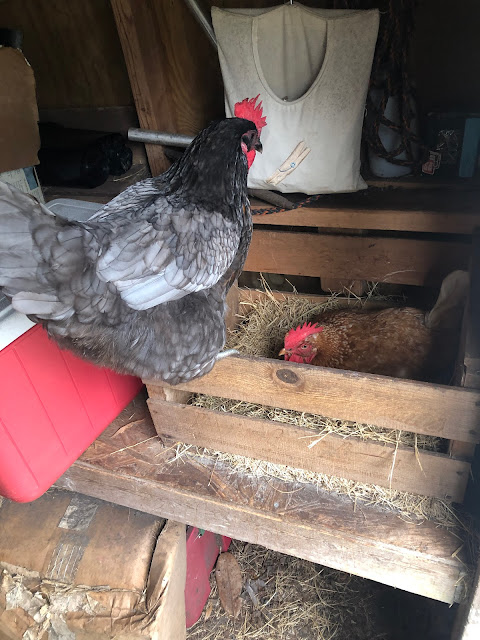 I believe that is Gracie and Plucky. I have too many hens who look alike to keep them all straight and they don't seem to mind at all if I call them by name or not.
So. Guess who's here? 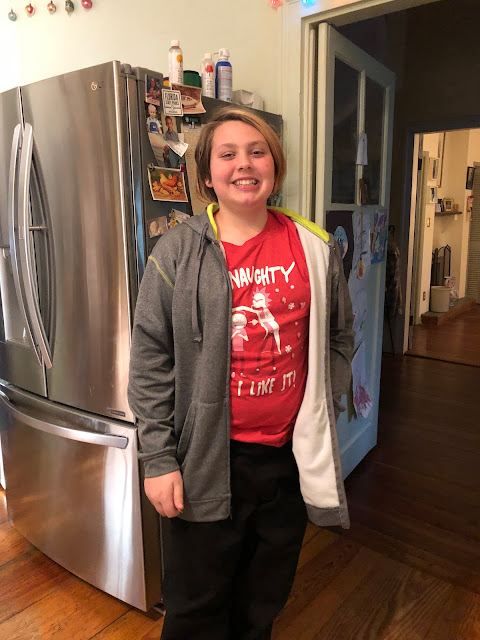 Owen! Lord but he is the clone of his mama.
Technically, it is Gibson's turn but there's some sort of youth duck-hunting thing happening tomorrow morning and Owen is fulfilling his grandfather's dream by agreeing to get up before dawn and go out into the cold wearing camo with him to shoot at innocent birds.
I doubt that too many ducks will actually be killed in the making of that movie but who knows? I always feel like I have to apologize when I talk about Mr. Moon's hunting, especially if it involves Owen, but I knew the man was a hunter when I married him and that's just the way it is. Some of his very best memories from childhood involve going hunting with his daddy. It means a great deal to him. I think it is something primal, and having known his father and knowing my husband, I can honestly say that both men were and are examples of the most gentle-men I've ever known. Owen, too, is a gentle boy, as tender and sweet with his sister and other younger children as anyone could wish for.
So here we are and I'm glad the swiftly growing lad is with us tonight. His dinner choice was chicken and dumplings and so it shall be. I have the broth made and simmering with carrots (from the garden), onions, garlic, mushrooms, celery, and green beans. The chicken is cooling, waiting to be added in. Owen wants flat dumplings or what we might call southern dumplings and I buy those frozen because I don't have the knack for them.
I should learn.
But the frozen ones are as good or better than the ones I'd make, I'm sure, so frozen it shall be. Thanks, Anne! 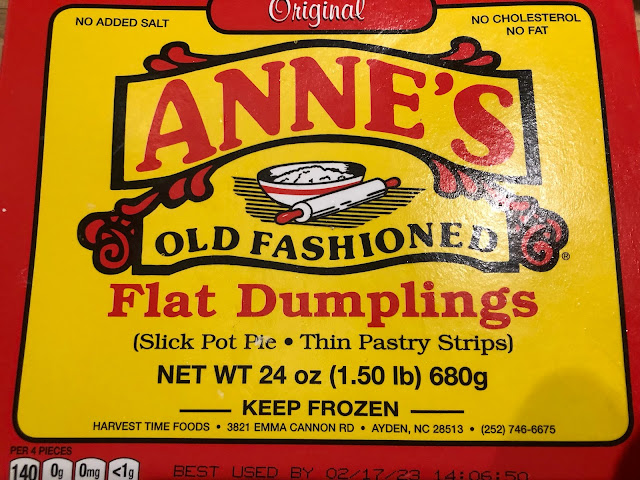 It's that night of the week. The folks are showing up for Friday night church next door. Clean sheets are on the bed, martinis are being sipped, and a grandchild is helping his grandfather get his air buds paired with his computer. There is sherbet in the freezer for after-dinner purple cows.