The Florida That I Love 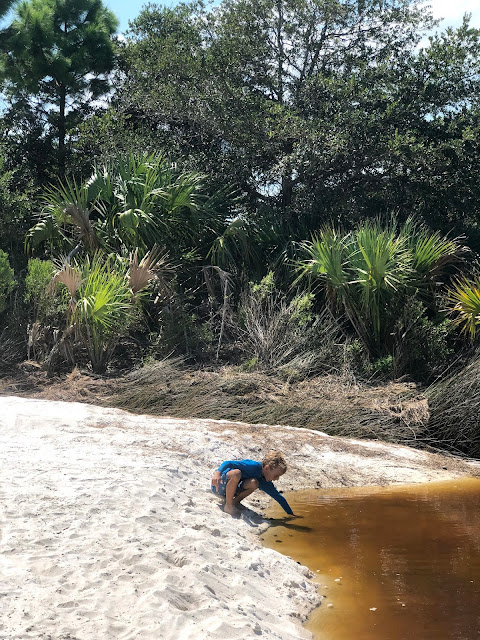 The other day Jessie was having a rough day and I told her, "You guys need a beach day."
Even as I said it, I knew we did too.

This morning she texted that they were indeed going to head over to Mashes Sands which is on the Ochlocknee Bay to the place they found a while back where you have to cross under a board on a half-destroyed dock to get to. It's such a cool little spot. Not really the beach because it's not on the Gulf but there's water and there's sand and there are birds and fishes and today there were lots and lots of hermit crabs in the tannin-stained, tea-colored water.

It was so fun. Mr. Moon and I stopped on the way down at a huge convenience store and got sandwiches and chips to take with us. Aside from the fact that we were the only people there wearing masks, it was a pleasant experience. Even the cops who'd stopped in to get their own lunches weren't wearing masks.
Sigh.
It's like everyone has decided that there is no more covid. Done.
Meanwhile, of course, Florida is leading the nation in cases and deaths. Or close to it anyway. We are now calling our governor Doctor DeathSantis.

But hey! Moving on, we got down to the meeting place and discovered that the channel which "our" little island had sat in had all filled in with sand since we'd last been there, changing the landscape a bit but not too much. It actually made crossing to the area we wanted to go easier so that was fun. But it was odd. And a reminder that the coastline is ever-changing, ever mutating- a living thing. 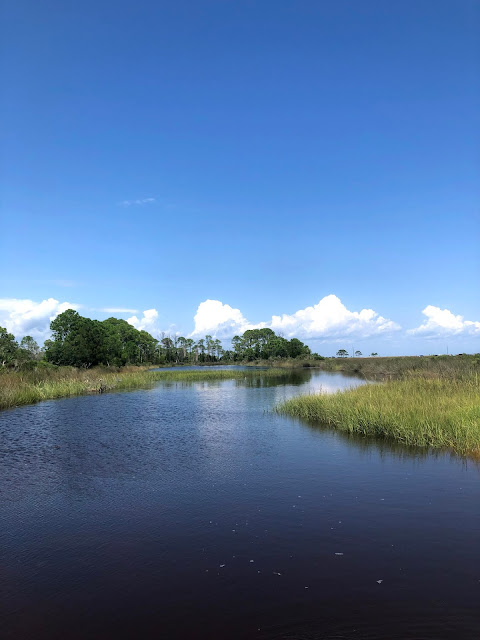 Mr. Moon did a little bit of fishing and Vergil and the boys joined him in that but mostly we just lazed in the water and observed hermit crabs. They are so interesting. Here are a few being held by water-wrinkled child fingers. 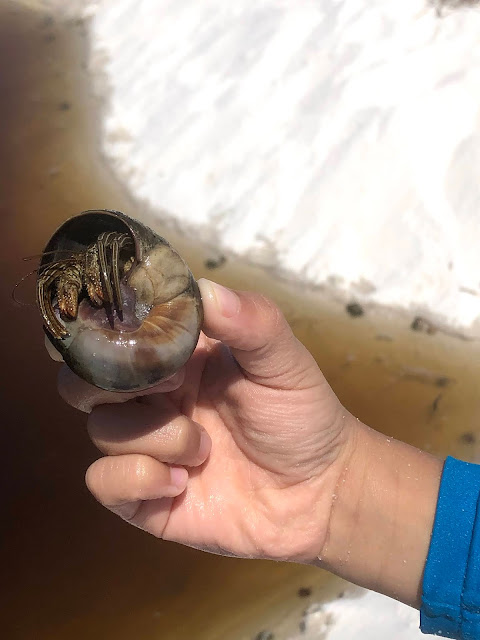 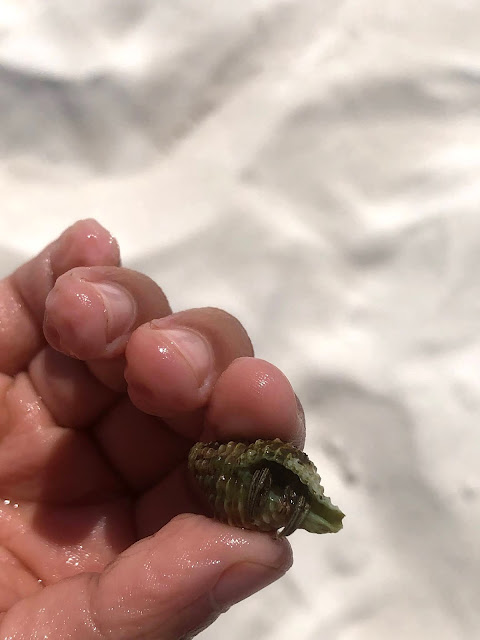 I don't know why we saw so many today. We conjectured that perhaps they wanted to get across the sand and back to the bay, rather than in the little inlet. Some of them did appear to be attempting the climb but they were not capable of such a trek. Their passage way used to be so much easier because at high tide, the little island simply disappeared and so their access was uninhibited. We also wondered if perhaps they were lining up for a shell-house trade. I know I have posted video of that phenomena before but I will post another one because it is absolutely fascinating. And cool.
Those hermit crabs must live somewhere other than North Florida as our little hermies live in far more drab and utilitarian-appearing cast-off shells than the ones found wherever that was filmed. Some of the shells our native crabs lived in looked as if they had been used for generations- covered with barnacles. We wondered if that would be a help or a hindrance to a hermit crab. The house would be far more secure but it would also be so much heavier to drag around. I called one of those shells an "historic home." It reminded me of our own house, old and barnacled in its own way, built from heavy heart pine, sturdier than new houses. We saw some of the crabs approaching other crabs and definitely interacting, crawling on top of each other. Were they fighting? Mating? Measuring their shells for possible future occupation?
So many questions! I need to do a little studying on them.
To add to the mysteries and wonders, we watched as a few small blue crabs came along to hunt the hermits. 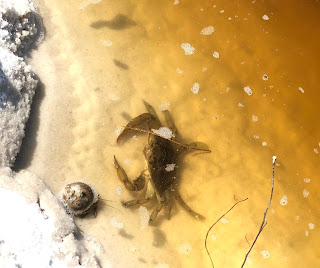 They would approach the smaller crabs and reach out to hold them in their legs or claws, almost as if measuring them with calipers. If they found one they liked, they would take it a few feet into the water to feed on.
It's a crab-eat-crab world, y'all.
And so it was a fine day and my despair has slid along and joined all of the other days of my despair in the ether, I suppose, where they wail and moan and speak of their ghostly regrets, building up one case after another against me.
And it's not so much the body's changings that yanged their horrid voices yesterday; it was so much more about the things I have not done, or did do, that I wish I could go back and rethink and try to make right but never can.
But getting out of my house, out of Lloyd, out of my constant tape-loop of thoughts, helped tremendously. To be near and in the water with those grand-boys, our daughter, her very fine husband- it was exactly what I needed. I think we all needed it.
And we will all sleep well tonight.
Love...Ms. Moon