Roux Rushing (Don't Do That) 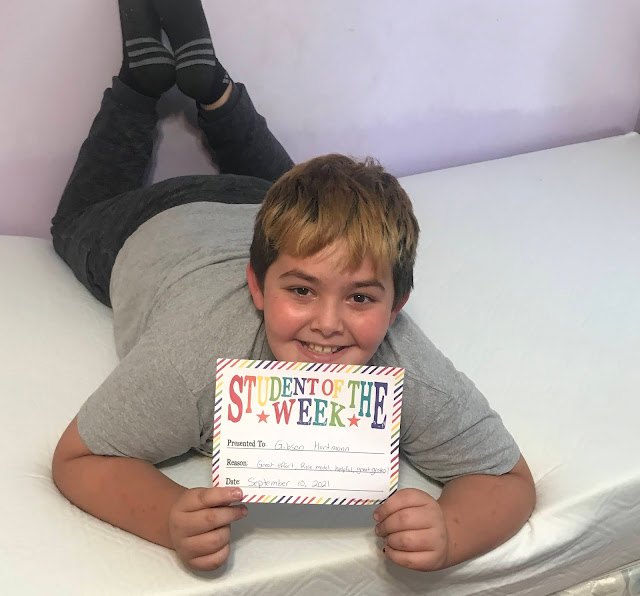 And the lede tonight is that Gibson won student of the week! For, and I quote- "Great effort, Role Model, helpful, great grades!"

We are so proud of him! And isn't he handsome?

I am so behind on my usual schedule tonight. It's ridiculous the way I schedule my post writing every evening. I have a timeline that I feel I must adhere to which is ridiculous but it's what I've come to here in my older life. I don't even know what to say about that except that as Popeye, the famous mariner philosopher and eater of canned spinach, always said, "I yam what I yam and that's all that I yam."

So what happened was that I worked out in the garden some and got way too hot even though it is cooler today be a degree or so and then I came in and then Mr. Moon mentioned that I had talked about making him a coconut cream pie recently and he sure was thinking about that and I said, "Well, I'll make it this afternoon because I sure don't want to go back outside to work," and so I made the pie which of course took awhile because I had to make the pastry and bake it and make the custard and make the meringue and top it with coconut and bake that and THEN I started making gumbo because I'll be damned if I'm going to let the last of my lovely okra pods go to waste and Lily and Lauren came over and sat in the kitchen and talked to me while I stirred roux and made broth with shrimp shells and chopped celery and onions and peppers and garlic and sliced up my okra and so on and so forth which also took quite awhile. Every time I make gumbo now I am amazed at how easy it really is but it does take some time and patience because you cannot rush a roux.
That would make a good title for a poem, wouldn't it?
"You Cannot Rush a Roux."

So it's much later than it usually is when I write this and it's Friday and my sheets are still not back on the bed although they are lovely-clean and line-dried and my kitchen looks like a tropical disturbance came through, although not a tropical storm. It's not that bad.

I have been listening to a novel titled "Ginny Moon" by Benjamin Ludwig and somehow the author has created a fourteen-year old girl who has autism whose mother severely neglected and abused her, made her the protagonist of a book and somehow gotten into her mind and heart and made me love her and hang on to my seat to see how things turn out even as I am so afraid for her. I see that the author took in a teenaged foster child with special needs and his ability to translate that experience into this book is amazing.
There's so much more I could say about it but I'm not finished with it yet and quite frankly, I'm not sure I'll be finished with it for quite some time, even when I've read (with my ears) the last page.
And listening to it, I am reminded that we all (or at least me) share traits with people with autism.
Ginny Moon must have nine grapes with her breakfast every morning and I must start answering comments on the previous day's blog post at 5:00 p.m.

I can, of course, deviate from my schedule but I surely do not like to. But hell, I did get some work done in the garden, I did hang the laundry outside, I did make a gumbo and I did make a coconut cream pie for my sweetheart. 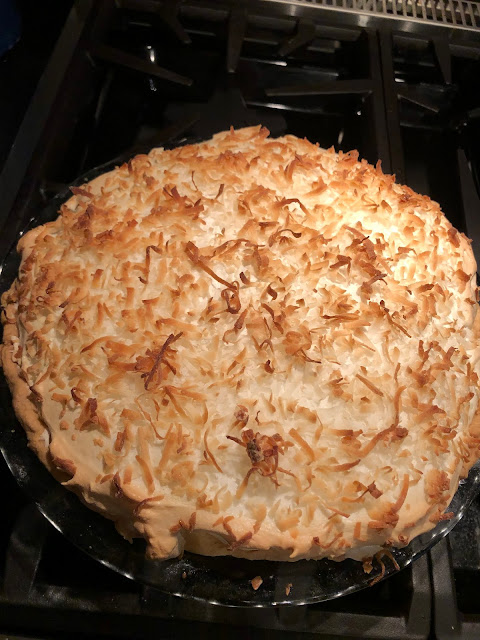 My kitchen may be a mess but it smells heavenly and even though I was running so very late on my self-imposed schedule, I did not rush the roux.

I'll try to get to the comments I haven't answered later or tomorrow.