A Day Full Of Fellas 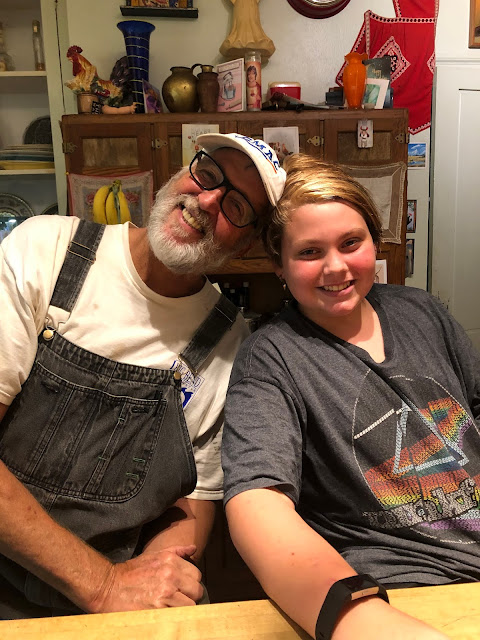 And that is what Owen looks like with his Boppy today. He's grown quite a bit, I'd say since the picture I posted yesterday of him. And he's such a great kid. He's only been here for about forty-five minutes and we've already discussed school, slavery, Native Americans, extinct tigers, "Napoleon Dynamite," pizza, and college history classes. Plus other stuff.

It's been a full day around here. Jessie brought out August and Levon. She's helping August do his virtual schooling and Levon's been having a bit of a hard time with that. He doesn't quite understand that his mother has to give her attention to August when that's going on. So while August and Jessie did schooling in the Glen Den, Levon did other things with us. 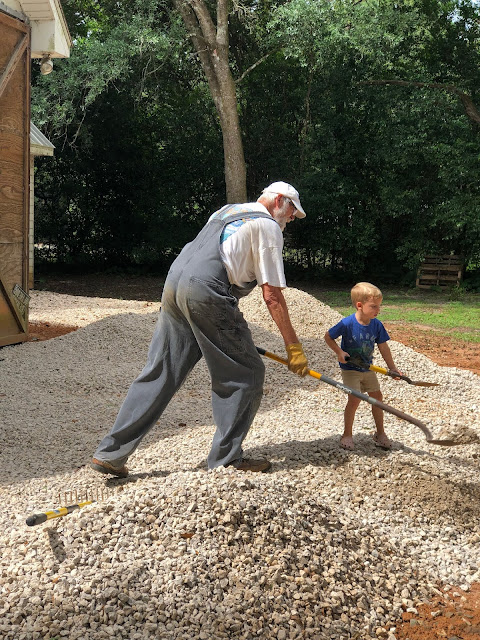 First he and Boppy spread a little gravel around and then they decided to rent some sort of machine to make this job easier. So they spent about half an hour, researching the different options they had. This was the most fascinating thing Levon could have imagined. 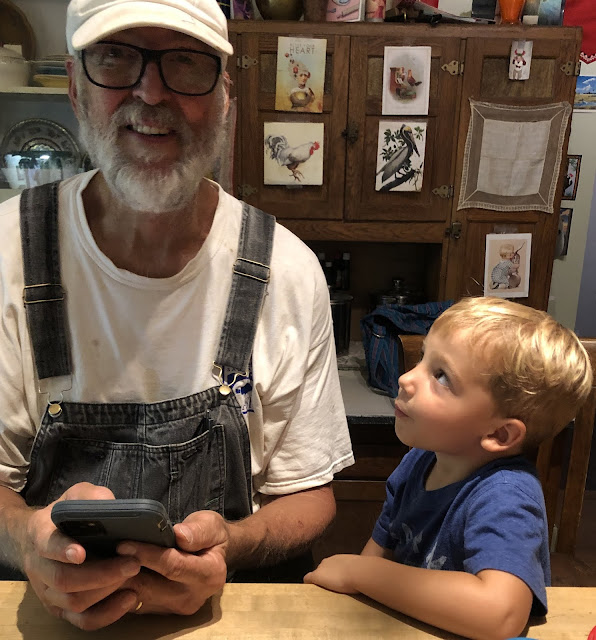 I'm not kidding.
They decided on something and we all had leftover lunch and then Boppy went into town to pick up the machine and Levon and I read some books. I painted his nails, too. He likes his nails painted. His are now the same red as my toenails are. I noticed that Owen has black painted fingernails. Nail polish is definitely not just for girls anymore and why should it be? Our friend Billy who has a beard that goes halfway down his chest always sports polished nails and he is a great inspiration to us all.
Anyway, Levon and I read a bunch of books while August learned some Spanish and studied a little social studies (in kindergarten!) and did some other things. So all of that was fun, at least for Levon and me and then they went home and Boppy got back without any machines because the one he'd wanted had a dent in it and they couldn't rent it like that.
Sigh.

I picked a few more peas this morning. 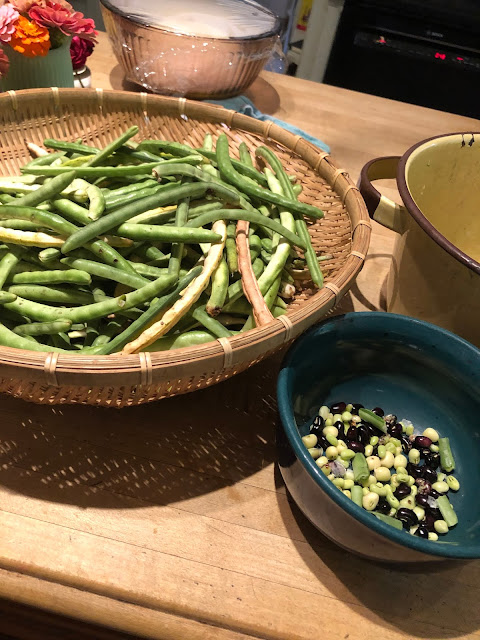 While I was waiting for Boppy to get back with Owen, I shelled a few while listening to my current audio book. I also picked more peppers and by golly I think there might be more jars of pepper jelly in my future.
I also washed the quilt and the sheets on the bed where Owen will be sleeping tonight. Jack has used that bed recently for his naps and I want the bed to be comfy and cat-hair free.
So that's been life around here today. It's rained a little bit and although it never got too hot, the damn humidity was so bad that it has still felt like a special sort of sticky hell.
And now it's time to go make the pizzas. Owen has clarified that he does want a white sauce on his pizza with the chicken and Mr. Moon says that sounds good to him. The dough is rising as you can see in that picture above. I feel lucky and fortunate to be able to hang out with my grandchildren. They are all so very different in so many different ways which is absolutely the best. I told Levon today that he surely was a fine and smart little man (he had just told me that he and Boppy were thinking about renting a skid steer which until Levon got interested in heavy machinery, I had never even heard of) and he agreed that he was. Children are not apt to hide their lights under bushels and I love that about them.
Chopping, slicing, and alfredo sauce-making shall now commence.
Love...Ms. Moon
Posted by Ms. Moon at 6:04 PM