May You Have Plenty 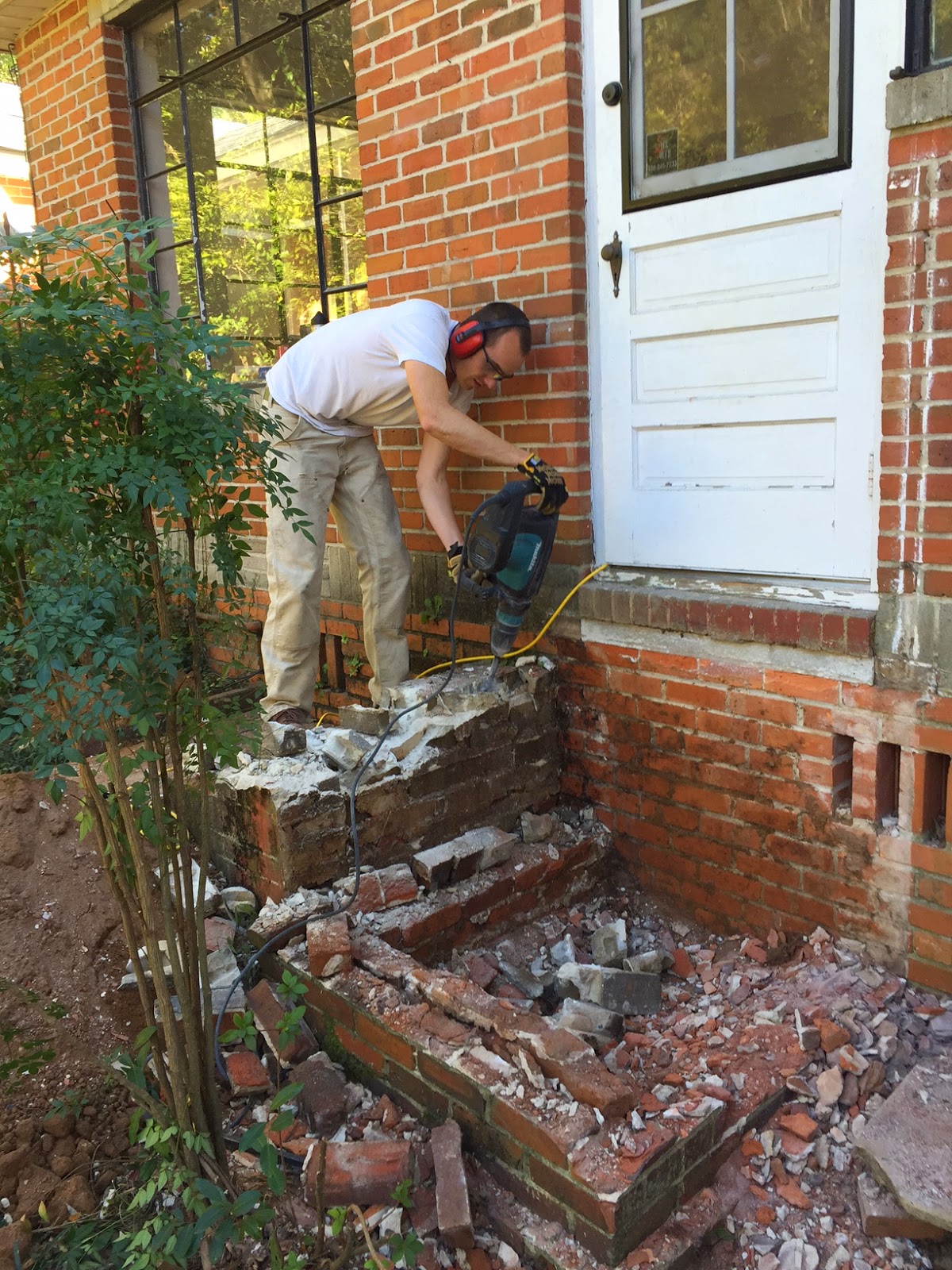 Mr. Moon and Vergil spent all day long doing things like that.

They rented a jack hammer.

Vergil has a plan for that kitchen and he is making it real. He grew up with a mother who not only mostly built her own house but who has spent most of his life rebuilding it. With her, you know, own hands. So the prospect of tearing things down and rebuilding does not daunt him. One of Mr. Moon's favorite sayings is, "I ain't skeered," and we have agreed that Vergil ain't skeered and we admire the hell out of him for that.

However, I am sorely afraid that my man whom, I am sure, put in a day's work that would shame a thirty-year old after getting up at four-something to go hunt, is exhausted beyond my capability to understand. Hell, I took a nap this afternoon after making one meal. That nap lasted for about an hour and a half.
I've never understood the concept of power naps. You can sleep for five minutes and wake up refreshed?
How does that work?
If I slept for five minutes and then woke up, I'd want to slay whatever woke me up. With a sword.

Anyway, I am now at the age and point in my marriage where I feel incredibly protective about my husband and I wish he wouldn't do stuff like this. But of course he is going to because that's the way he is and his daddy was the same way.
I plan on making him a martini, a supper, and then a nice hot bath with Epson's salts. And tomorrow I may physically restrain him to his chair.

When I was on my way home from taking the food down to Kathleen's, I saw three of my chickens- Miss Chi-Chi and Miss Cha-Cha and Miss Buttercup- out in front of the house next door. Right by the damn road.
"Fuck me," I said, as I pulled into my driveway.
I walked over there and called to them and they came running and I shut the gate up. The gate does nothing really to prevent them from physically leaving the yard but I am hoping it is a psychological barrier. Yesterday my across-the-street neighbor texted me that they were in the yard next door to him.
Sigh.
Why?
Trust me- there are plenty of bugs and tasty shoots in this 2.2 acres or whatever it is. The old hens never left the yard but these new ones have the adventure gene, I guess.
I just went out to shut them up for the night and they are all there and that is good. I count twelve now, instead of thirteen. I think of Miss Bob.

The sun has set and the sky to the west still holds a tiny bit of silver and pink, the bony fingers of the pecans stretched across it. It is getting cold again. I have had a good day and I am grateful for it. A quiet day, a day of not very much, but plenty.

What a beautiful word, that is. Plenty.
I suppose it is the same as enough but with the implication of enough being a bounty.
A gracious plenty.
Yes. Like that.

I have a gracious plenty.

I wish that for you, as well.