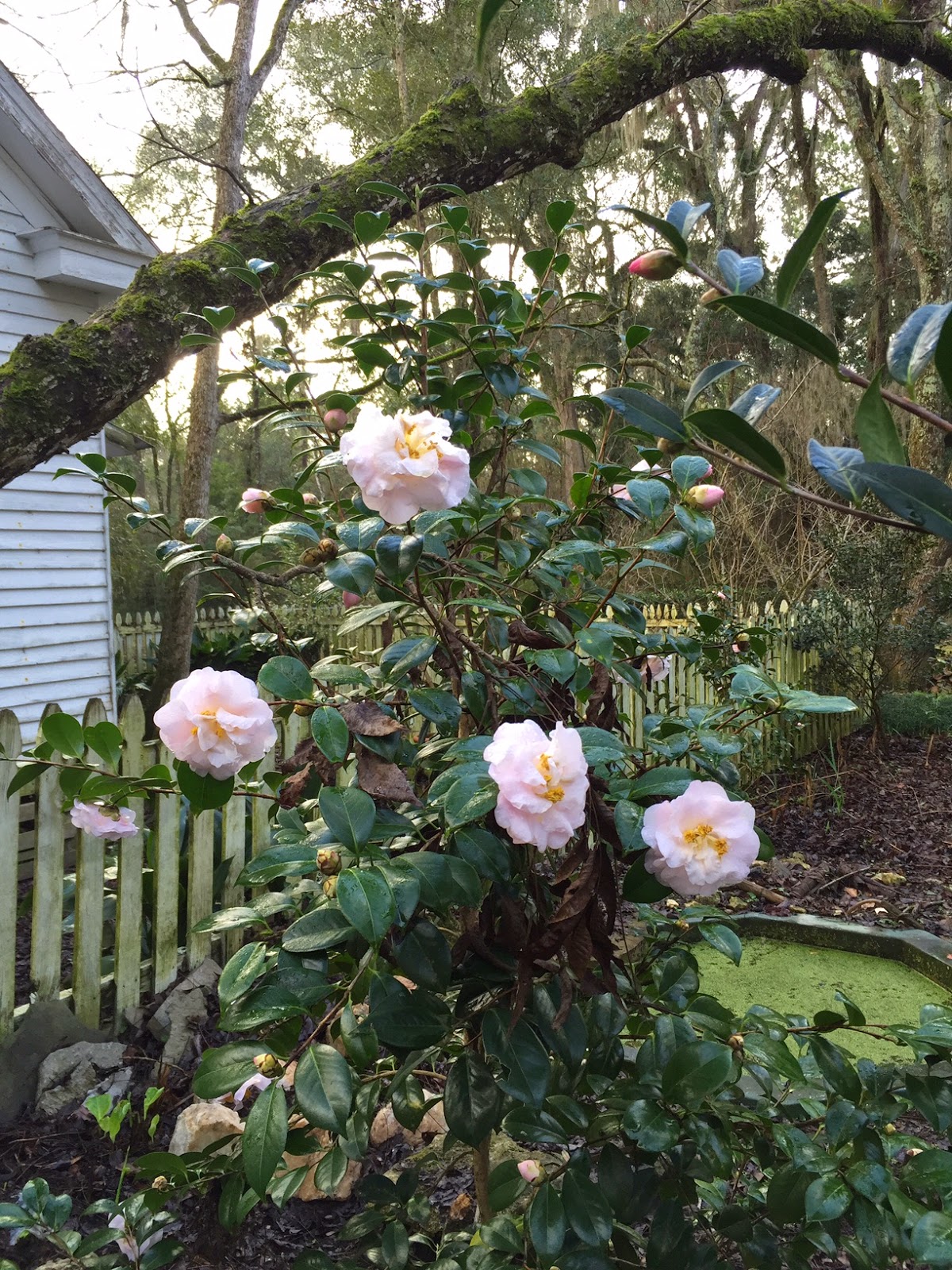 The sky was a patchwork of blue and gray and white and dark and light when I got up and my anxiety was rippling right along like white foam on the waves, constantly renewing itself, rearing up, hissing on the shore as it rolled in like breath, like heartbeat, over and over.

I knew I had to take a walk and so I did and it was such a good thing to do. As I walked, the sky cleared until it was a blue silken sheet above me. I ducked into the old graveyard where I found the newest headstone with fallen Christmas decorations around it. I set them all back in a sort of order. 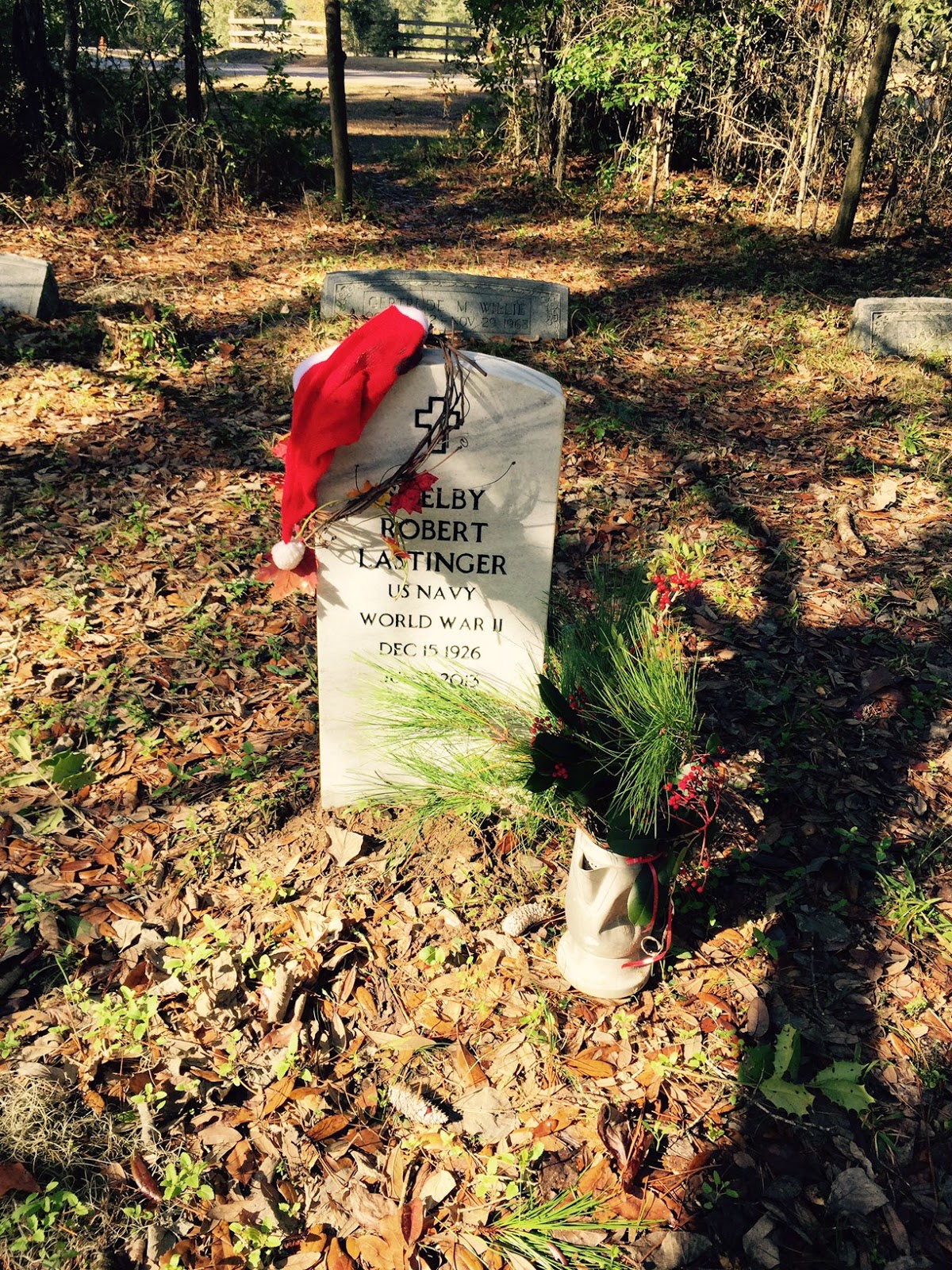 Everything seemed at peace there.

While I walked, I listened to the Diane Rehm Show and it was about the latest Catholic Synod and although her guests were obviously very intelligent and had great senses of humor and were convinced that things in the church are going to change, it all just seemed like counting the number of angels who can dance on the head of a pin to me. They were discussing annulment, as I did briefly the other day, and how the Pope is probably going to streamline that process so that those who are divorced and who want to remarry within the church and receive the sacraments may do so. People called in about how horrible it was not to be able to marry in the church or take communion which represents to them the grace of their god, because the annulment process is so difficult and no one, NO ONE said, "This is just a bunch of crap and outdated manmade rules which mean nothing." No one said, "It makes no more sense to say that a marriage which produced children and lasted for years never happened than it does to say that unbaptized infants go to hell or Limbo (which no longer exists in doctrine) and it's stupid and it's cruel to lay that shit on people and their children."
Ah well. People believe what they want to believe and if this Pope wants to make things a bit more realistic and pertinent and intelligent and compassionate, then I am all for him.
Still, I do not understand this need to believe. I never will. It is just not in me. I no more have faith in the Catholic god than I do in a benevolent universe or that there's a plan for each of us. None of this interferes in any way with my ability to be awed by the world I live in, over and over again. Or to try and do my best to be a kind and compassionate person.

I don't know. It just all sort of makes me crazy, this human desire to believe that we are important enough for some Divine Power to be constantly keeping his eye on the sparrow and us too and if that's true, someone ain't doing his or her job if you ask me. Let go and let god at your own risk is what I say although I do not care to try and control much of anything at all anymore. If you pray and get what you prayed for, that's proof of god for some people. If you pray and you don't get what you wish, there's always someone to remind you that this too, is proof of god in that god often has other plans in store for you which is why you didn't get what you prayed for.
Father knows best. So then you pray for acceptance and understanding of god's will.
And so forth.

Here's some more beautiful camellias from a bush in the yard of the vacant house next door. 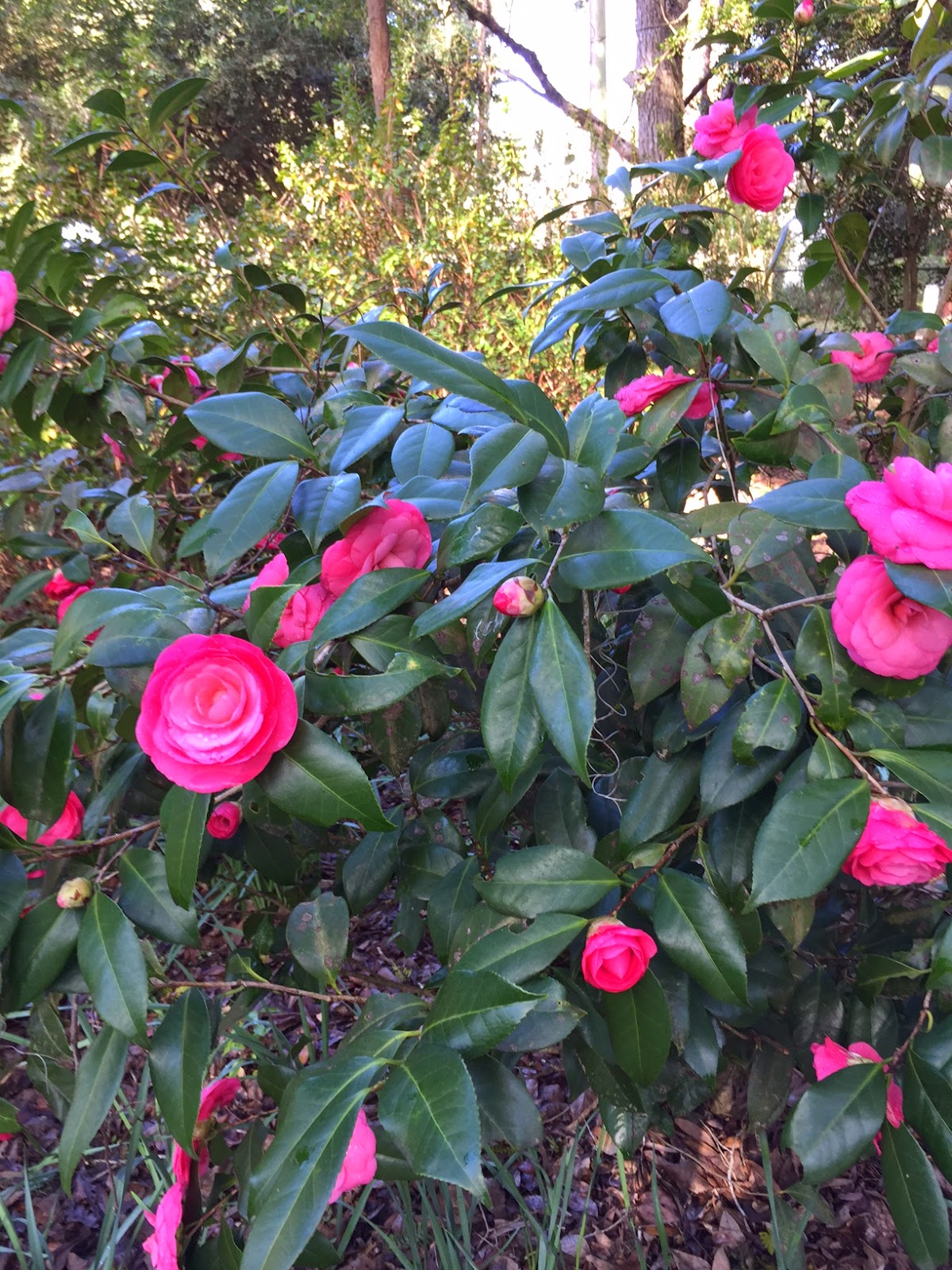 I can't help but stop and admire these beauties and I do pick some now and then.

I talked to the guys working on the old store and they're going to try and open in about a month. It looks great in there and it's going to be called Papa Jay's Country Store. Or something like that. They are going to have "a little bit of everything," the guy told me. Jay himself? I do not know. But I am very excited at the prospect of having a small business here where people can come together to get coffee and sandwiches and milk and whatever. I hope it works out.

And now I am home and it's fairly quiet here in Lloyd. 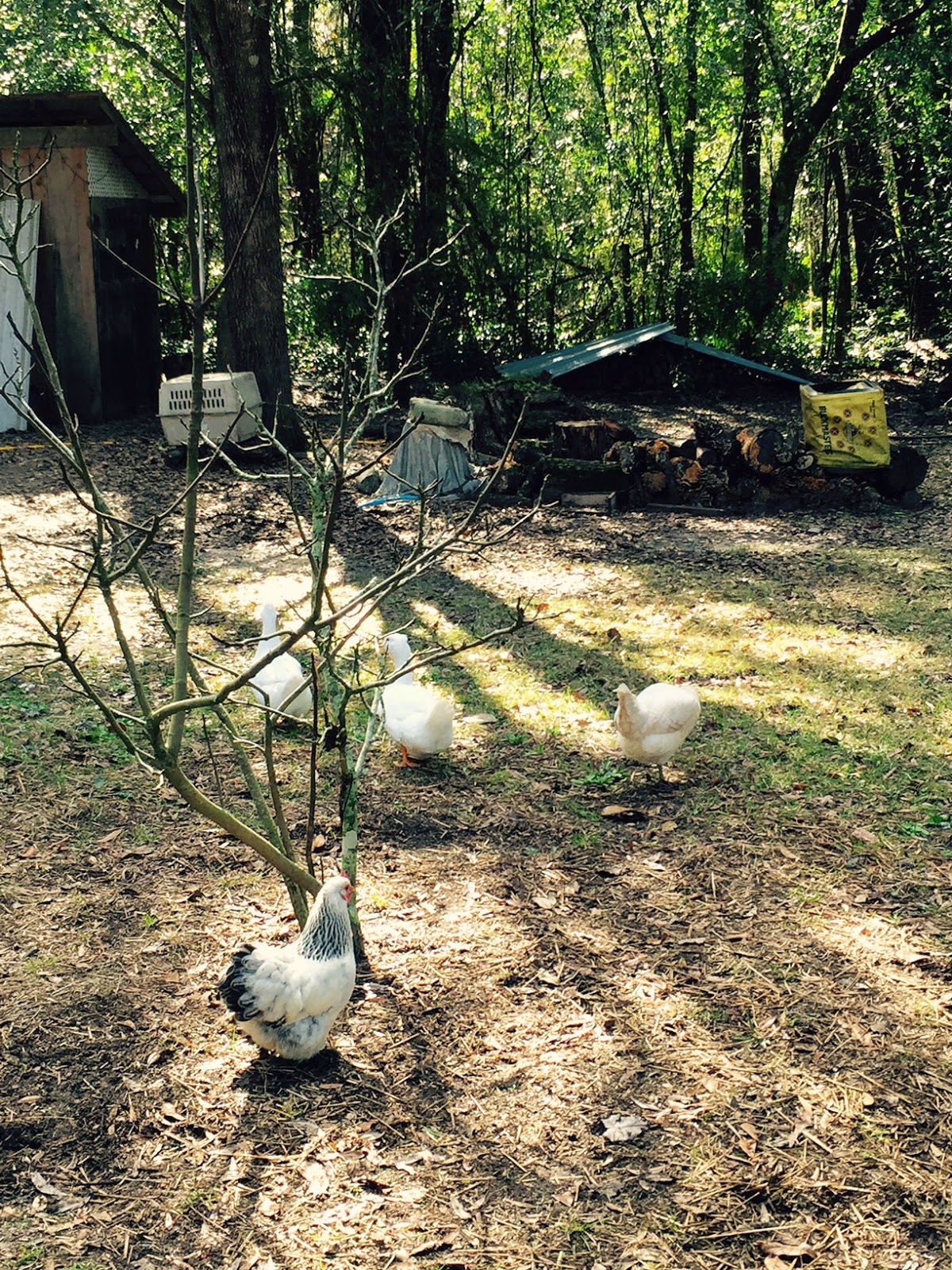 There's Miss Eggy Tina, Willy, Lily and Miss Camellia. Miss Dovie is doing fine in the coop although she is skittish as can be. She may always be. That's alright. She may or may not become part of the flock one day. I will do my part to make her feel safe and welcome but beyond that, I can do no more.
It is painfully obvious to me that some things will be as they are and that I have no control over them. Even things like my own damn anxiety although yes, I can do certain things to try and alleviate some of it and/or learn to live with it a little more easily. Get exercise, spend time outside, take my medication. Etc.

So it goes. One day for no discernible reason you wake up and it's cloudy and dismal and then the sun breaks through and the clouds disappear. But there IS a reason and it has to do with a whole lot of scientific stuff that we now know about and someday they'll figure out the whys and wherefores of mental illness. I hope. But just as with the weather- understanding WHY and being able to do shit about it are two different things.

At this point I have no idea what I'm talking about so I guess I'll go do some laundry.