Mr. Moon is doing something new today which is hunting wild hog. I will see him before midnight, I feel certain.

My brother, White, sent me a picture today which engendered conversation and me getting out the huge old family Bible which I inherited from my father.

Here's the picture he sent me. 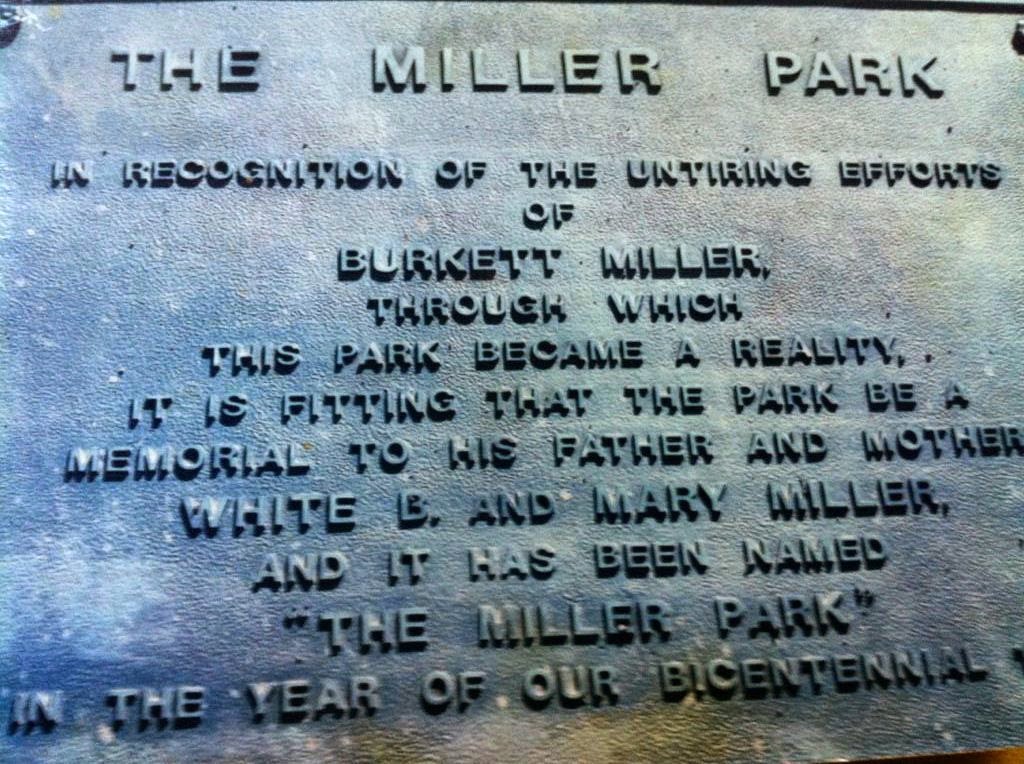 Burkett Miller was my great-uncle, and his parents,  White B. and Mary Miller, were my great grandparents. I have a picture of W.B. in my hallway. 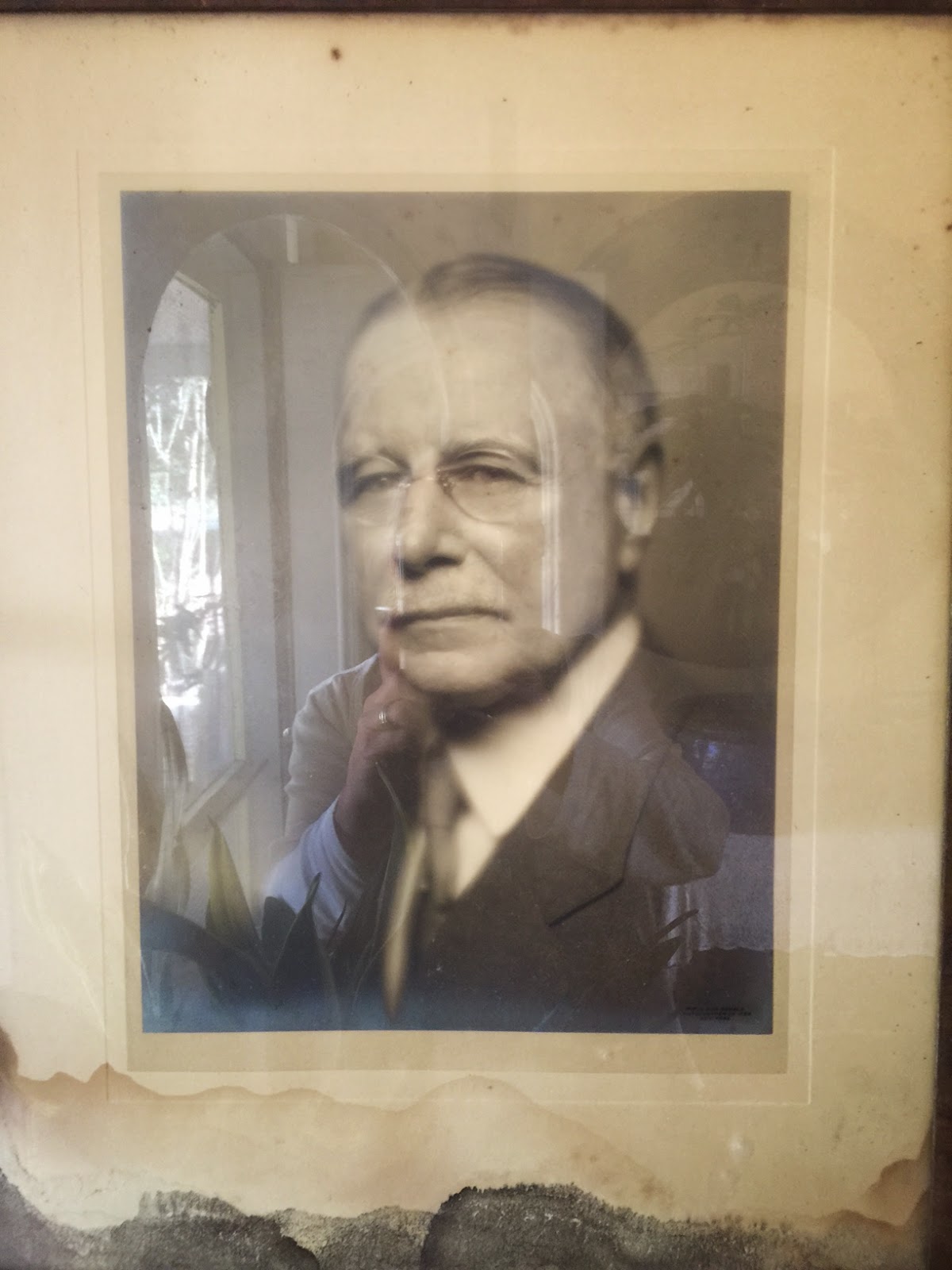 He was quite a man and he amassed quite a fortune and his sons went on to do pretty well for themselves. Besides being the main backer of the Miller Park in Chattanooga, Uncle Burkett also founded The Miller Center at the University of Virginia which I take is a pretty big damn deal. However, by the time my father came along (and he was the only child born from that generation), things sort of went to hell and this is why I fondly refer to him as my old, dead, drunk daddy.

Anyway, as I said, I got out the family Bible (whereupon a huge silverfish crawled out and I smashed it) because my grandfather, Vaughn Miller and his brother, my Great Uncle Burkett were the supposed only two children of W.B. and Mary but the births page in the Bible lists another child. 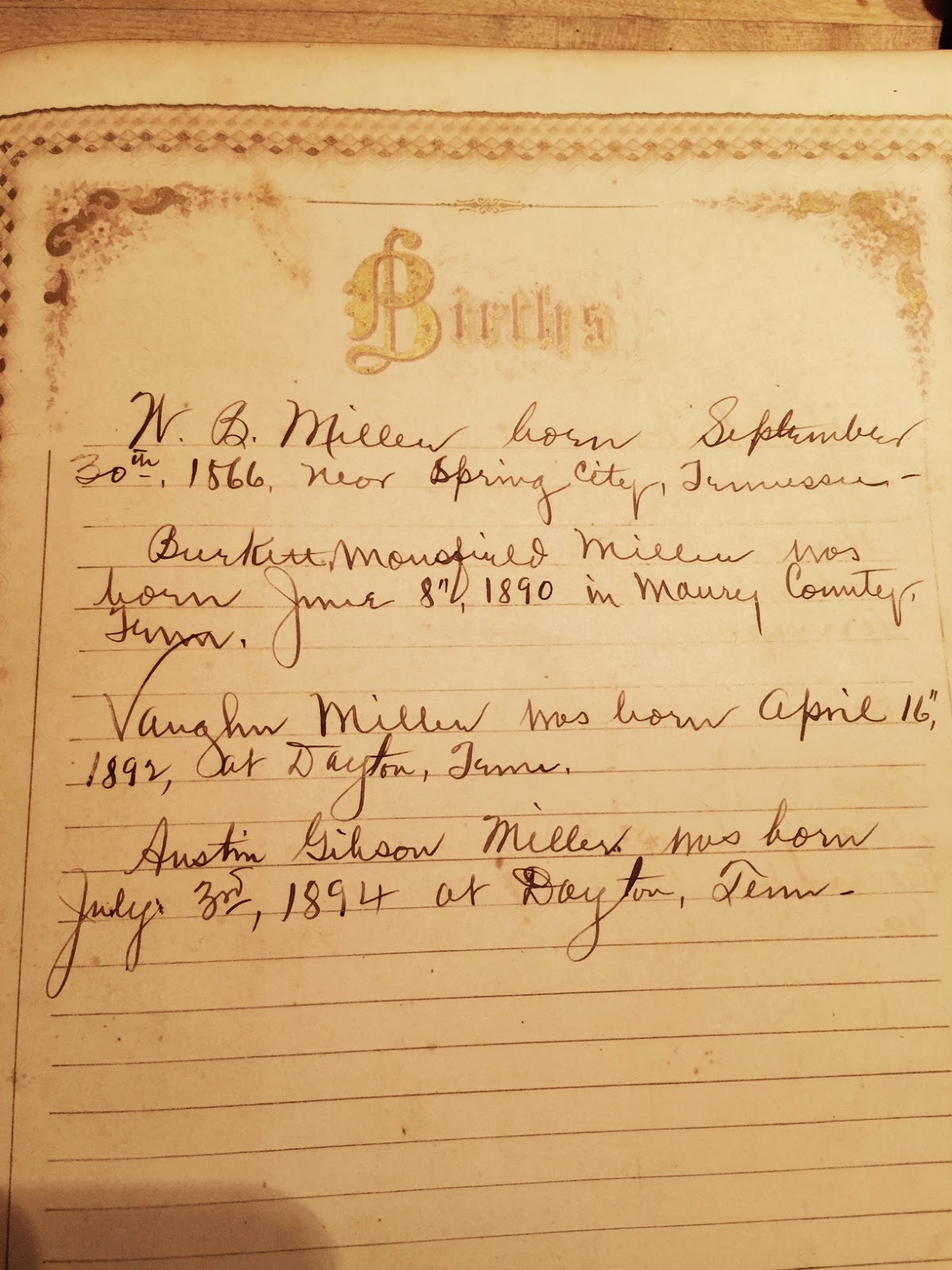 Neither my brother nor I had ever heard of Austin Gibson and of course there is a strong possibility that the poor little tyke died either at childbirth or soon thereafter.

Whoever kept the record in this Bible had beautiful handwriting but the details are so vague that it leaves me wanting to know so much more. 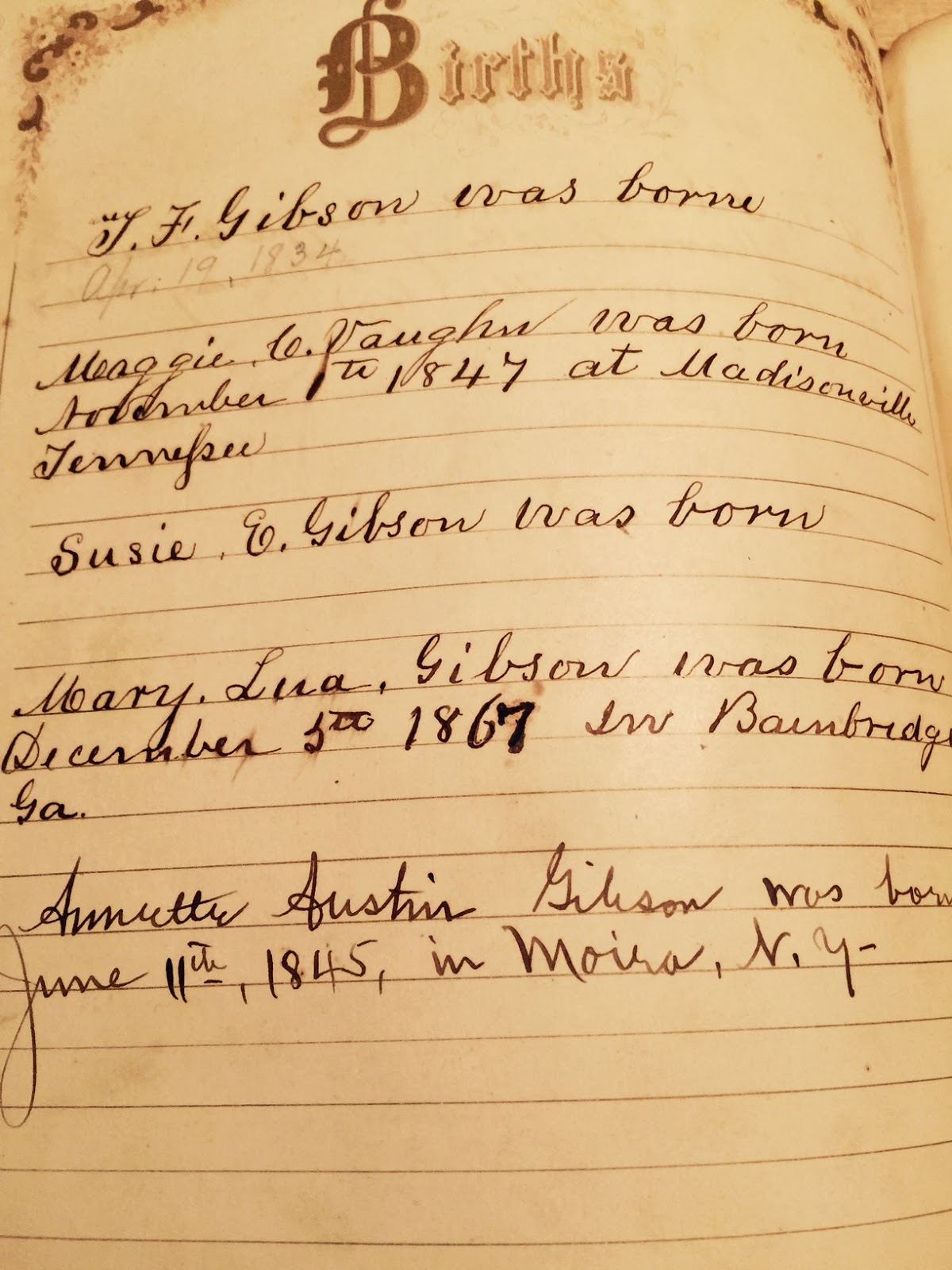 The names Gibson and Vaughn and White and Burkett are very familiar to me (and make me even happier that Gibson was named Gibson) but Annette? Maggie? These names are beautiful as well.

My brother is fascinated by family history and he and I really should do some research. He's done a lot but I've done none. I do know that bizarrely enough, one of our ancestors ended up in Thomasville, Georgia which is a hop, skip, and a jump from where I live now. His name was General (Something) Vaughn and he had been a general in the Confederate Army (of course) and I probably have all sorts of relatives nearby, probably both Black and White because plantations were involved. I have a copy of a photographic portrait of General Vaughn and my brother is the spitting image of him. 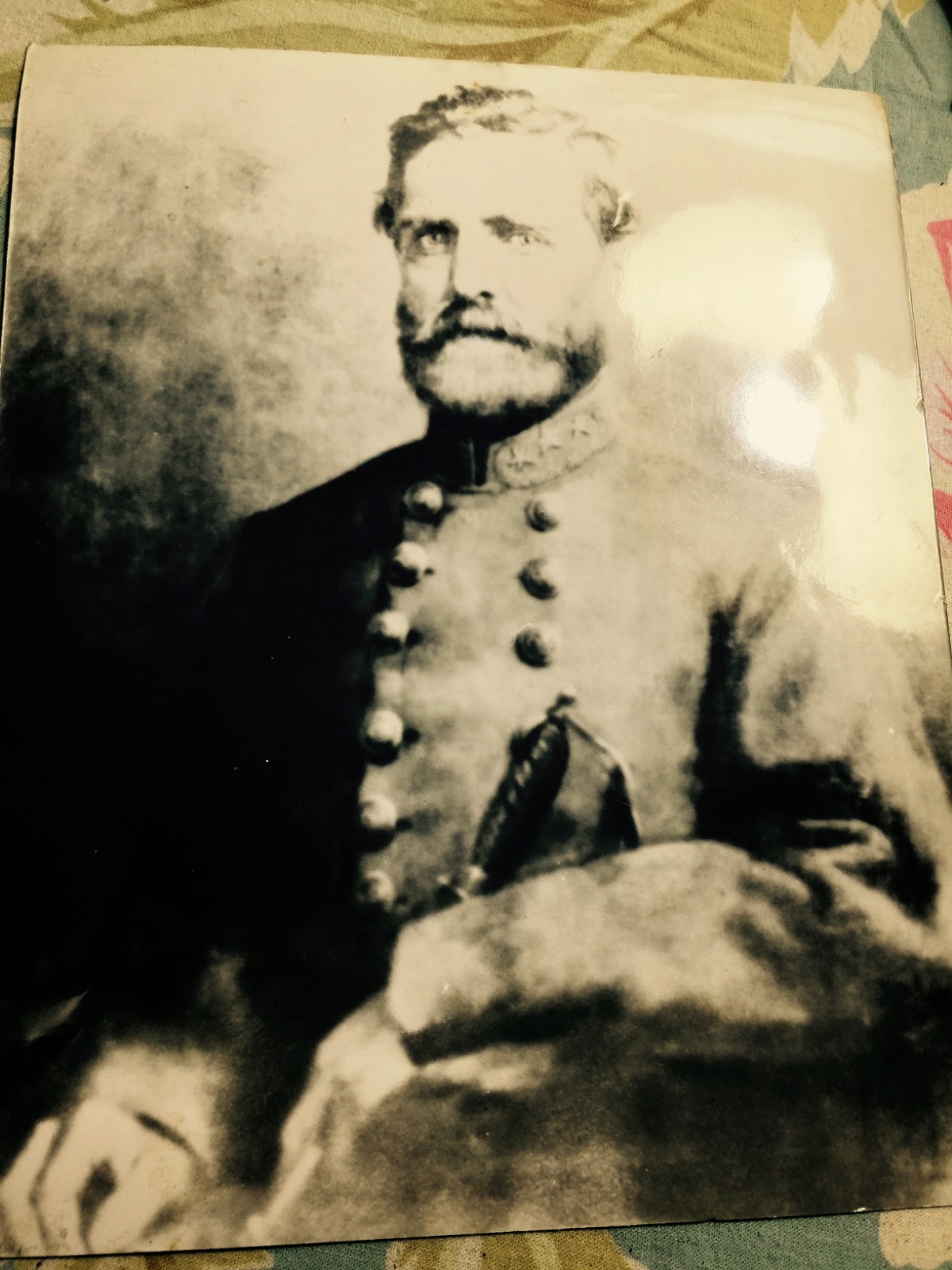 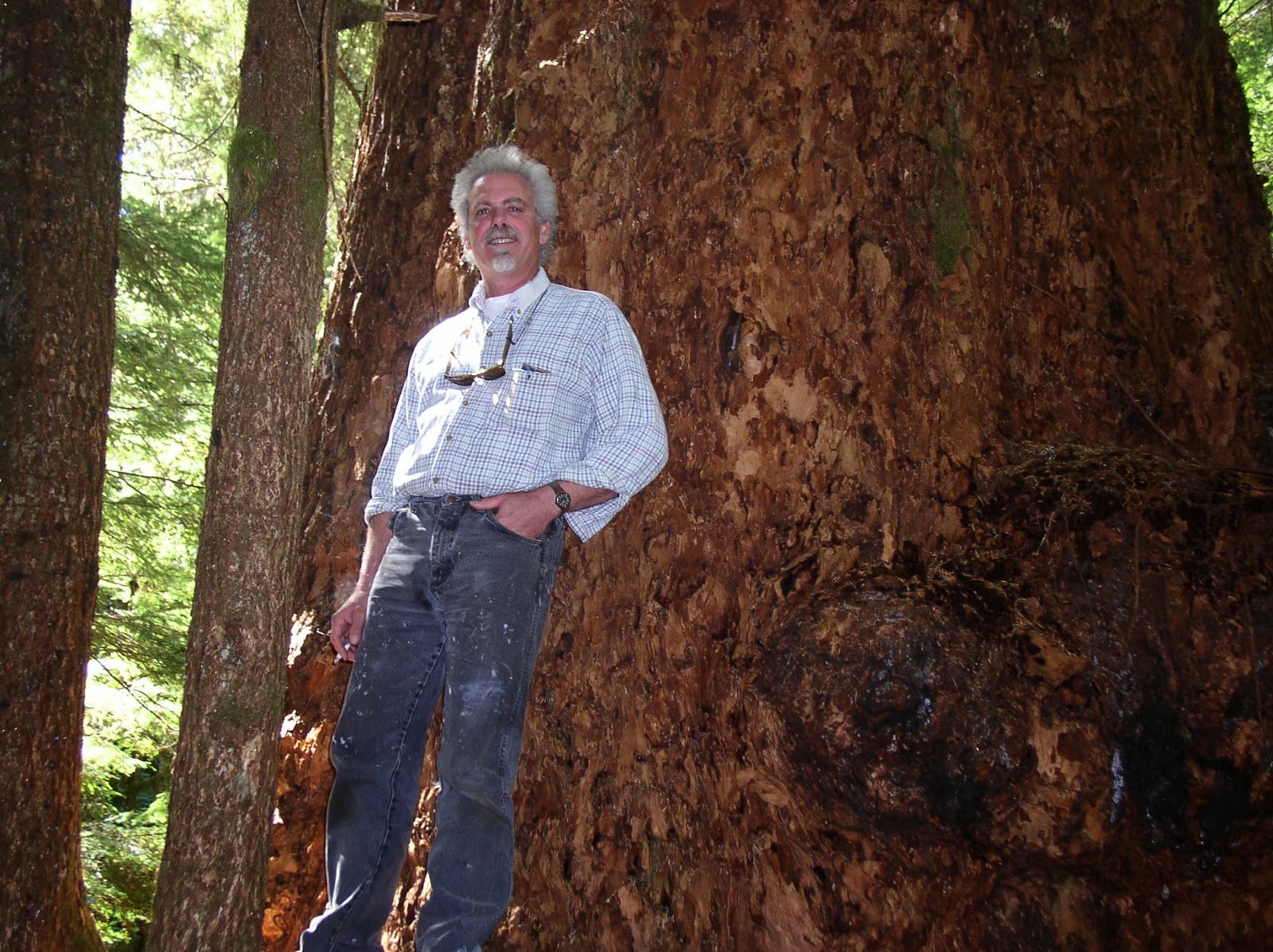 And his sons are the spitting image of him. Genes are strong.
I moved here out of complete serendipity and there you go. 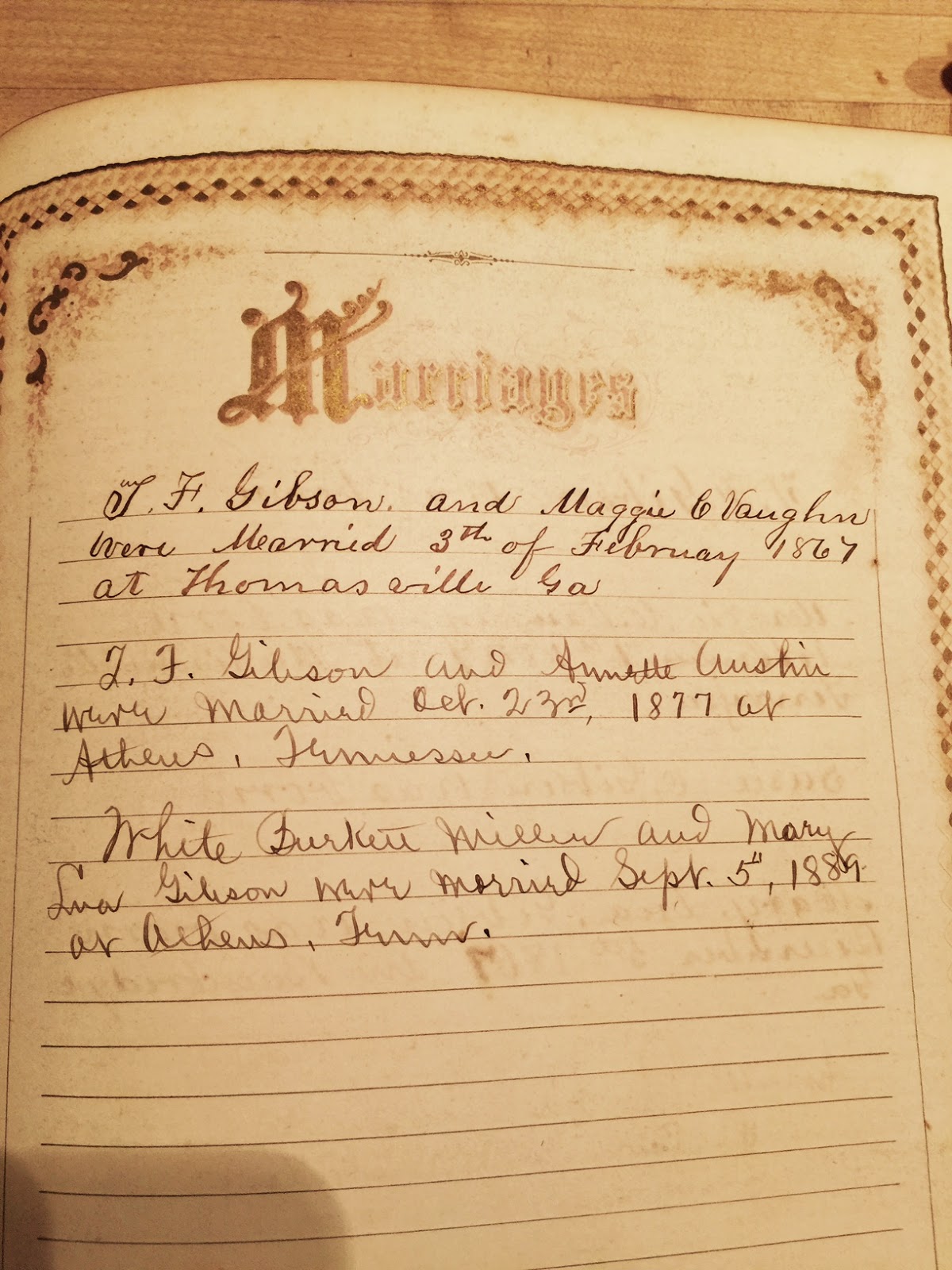 I sent my brother all of these pictures as well as this one. 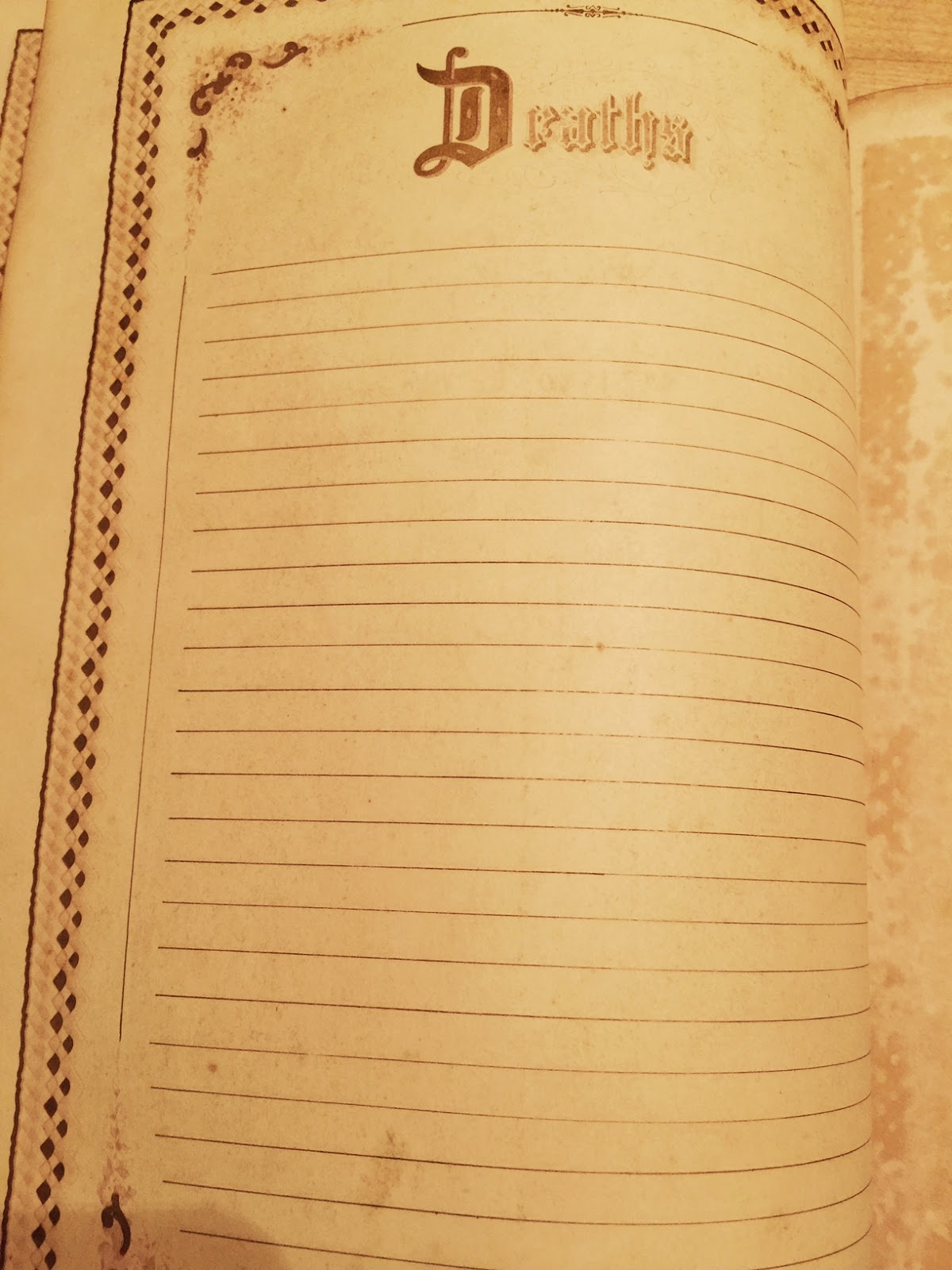 Which, as I said to him, would indicate that we are immortal.
Good to know.

Meanwhile, back at the ranch.

Willy and Lily taking a sunset tour of the yard and proof that Maurice is indeed magical.

And here's sweet Miss Dove in the coop. 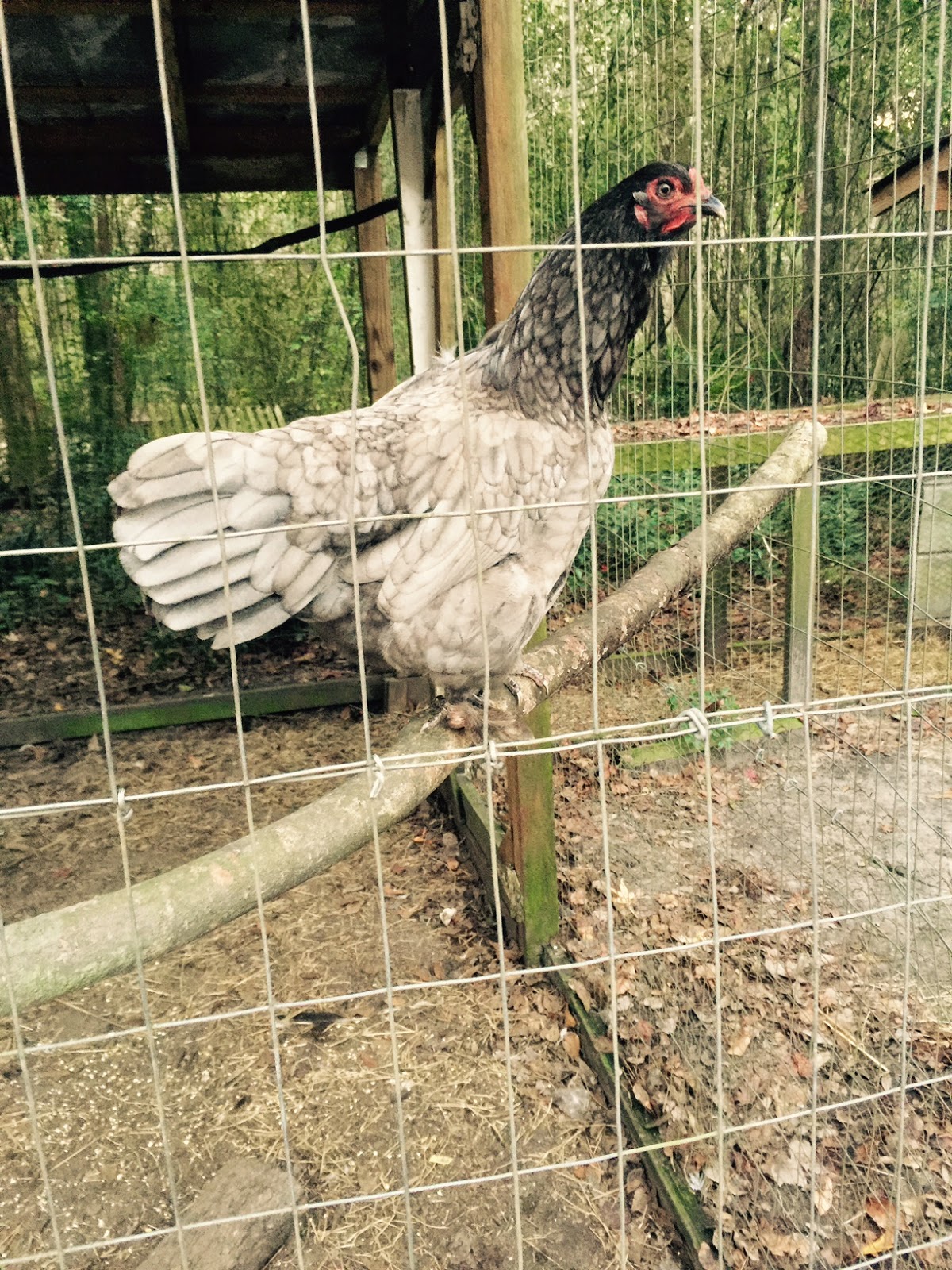 I am going to let her out tomorrow and I am hoping that she and Miss Camellia will hook up as friends again. Camellia is tucked up in the pump house and the chucks are again nestled into the hay in the hen house.

It's been an interesting day, albeit a not-quite-sane one and I slept for two hours this afternoon and golly, I guess I better make supper because Mr. Moon will probably be home at some point and I suppose I need to eat too.

It's interesting to think of my ancestors and I don't even want to contemplate what they would think of me, living here on 2.2 acres, tending chickens.
Frankly, it doesn't matter a bit what they would think of me. I have done my job in passing down the genes and so has my brother. I love my chickens and I love my children and grandchildren and family trees have many branches and roots as well and in the end, it all means not much more than that people have sex and babies result and so on and so forth.

Still, it is interesting but so are chickens. And ducks. And a magical cat.