Just called my sweet, handsome brother, White, out in Washington to wish him a happy birthday. I remember when he was born. I was two and a half and did not like the idea of my mother being gone but I remember that my father and my grandparents took me to see her and bought me an orange juice to distract me and it must have worked. And I remember Mama coming home with that baby.
I loved him.
I have always loved a baby and I still love my brother. And my other brothers as well to whom I was more mama than sister but that's a whole other story.

It's been a fine day and I have some good pictures and even a little bit of video, mostly all of it of Gibson. He was wild today and so it was him I was following around most closely and despite his wildness, he managed to keep charming me. As did Owen who invented a new word today. Gibson was fooling with his pants and I said, "Honey, is something wrong with your diaper?"
"No," he said and then Owen piped up and said, "He has poopinitis."
"Hold on," I said, grabbing a pen. "I have to write that one down.

Anyway, they're still here, their daddy on his way from an insanely long day of work. That man puts the hours in. I don't know how he does it. Boppy got home a little while ago and I sent them all out to the garage to get me a beer out of the refrigerator out there and after about twenty minutes of no men or boys showing up with a beer, I went out to check on them. 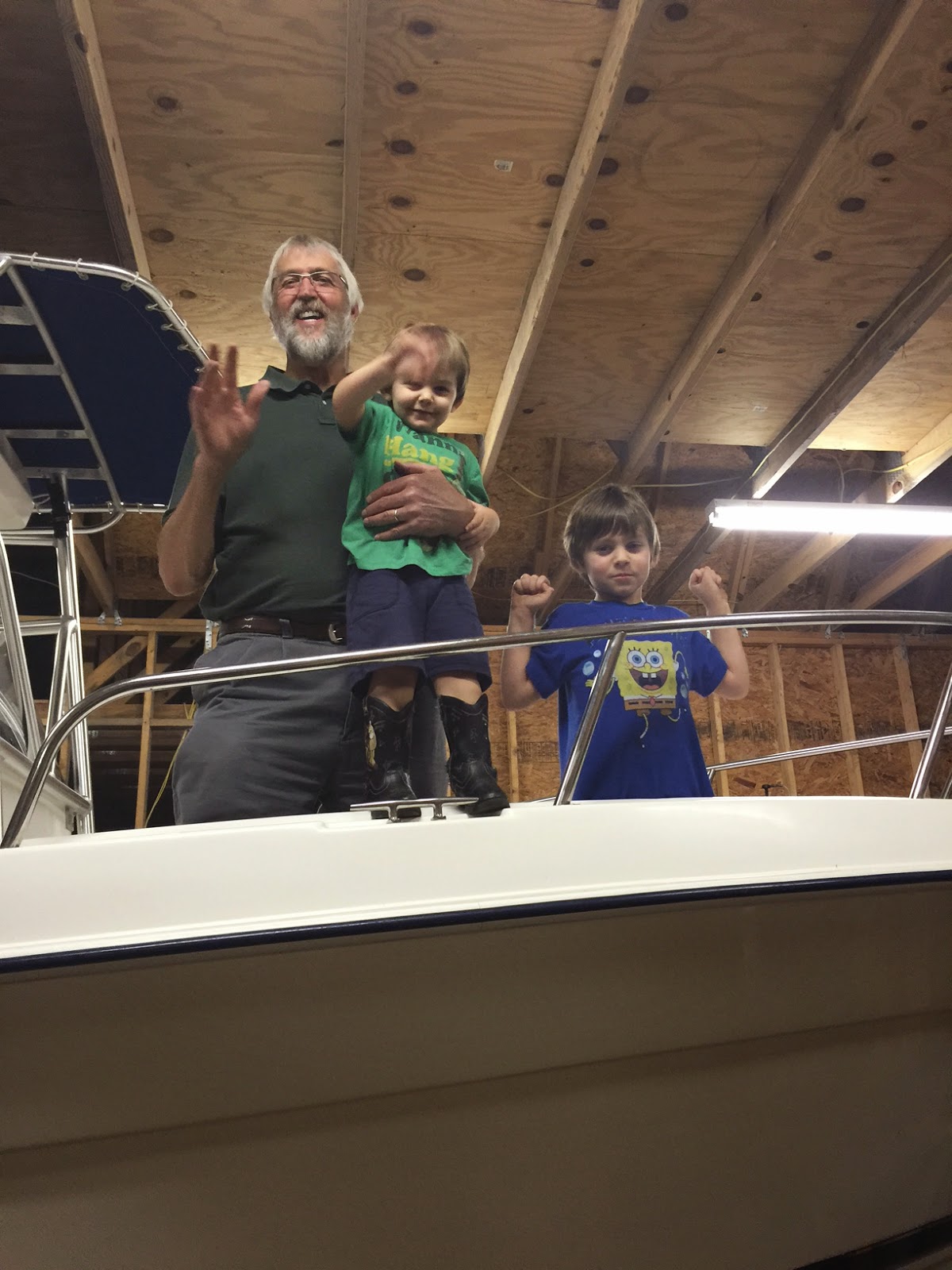 "We got distracted," said the oldest boy, aka Mr. Moon.

So I got my own damn beer which I was quite ready for after all the adventures we had today.

There was hot cocoa, of course. 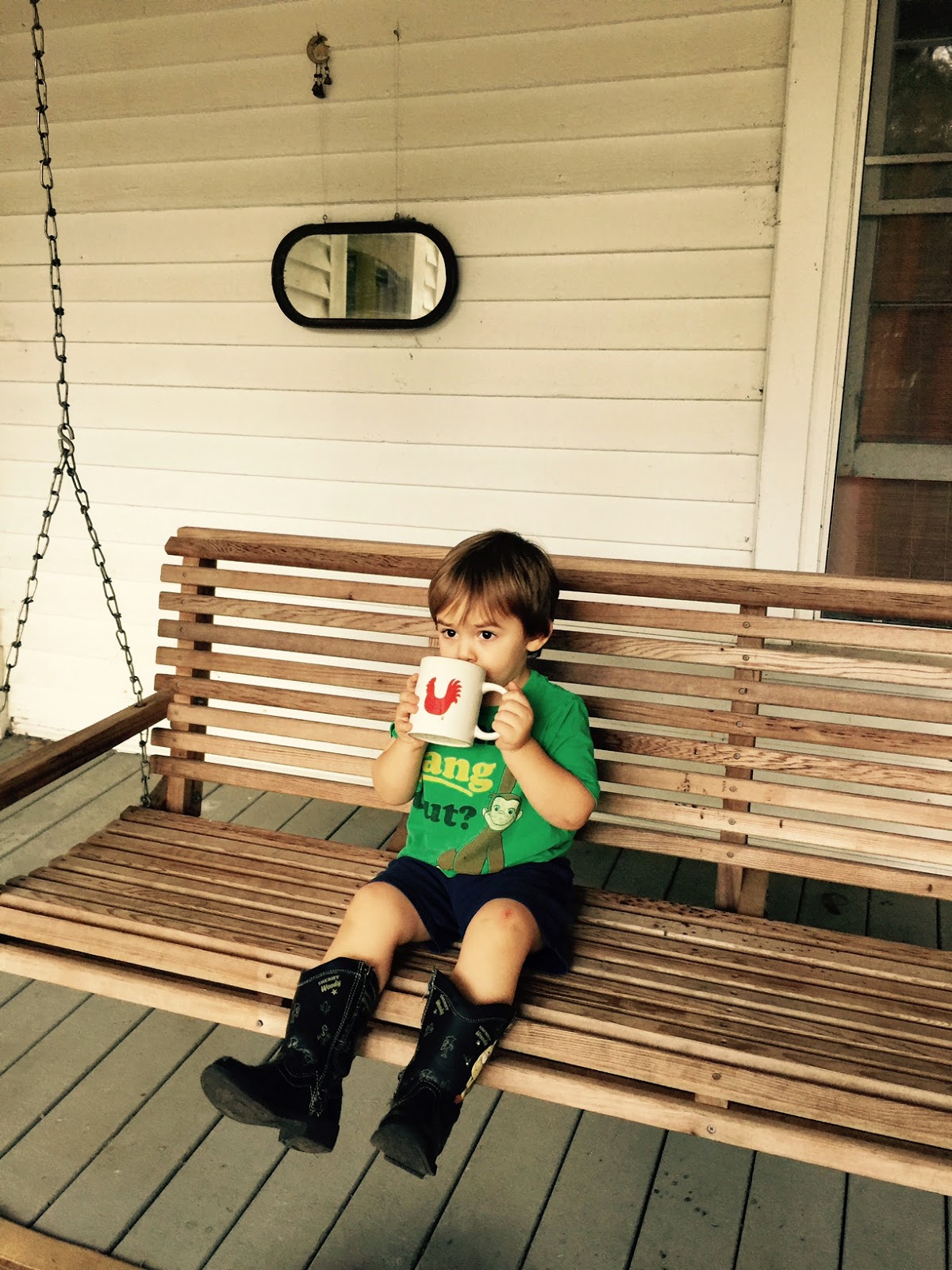 And plenty of outdoor playing. 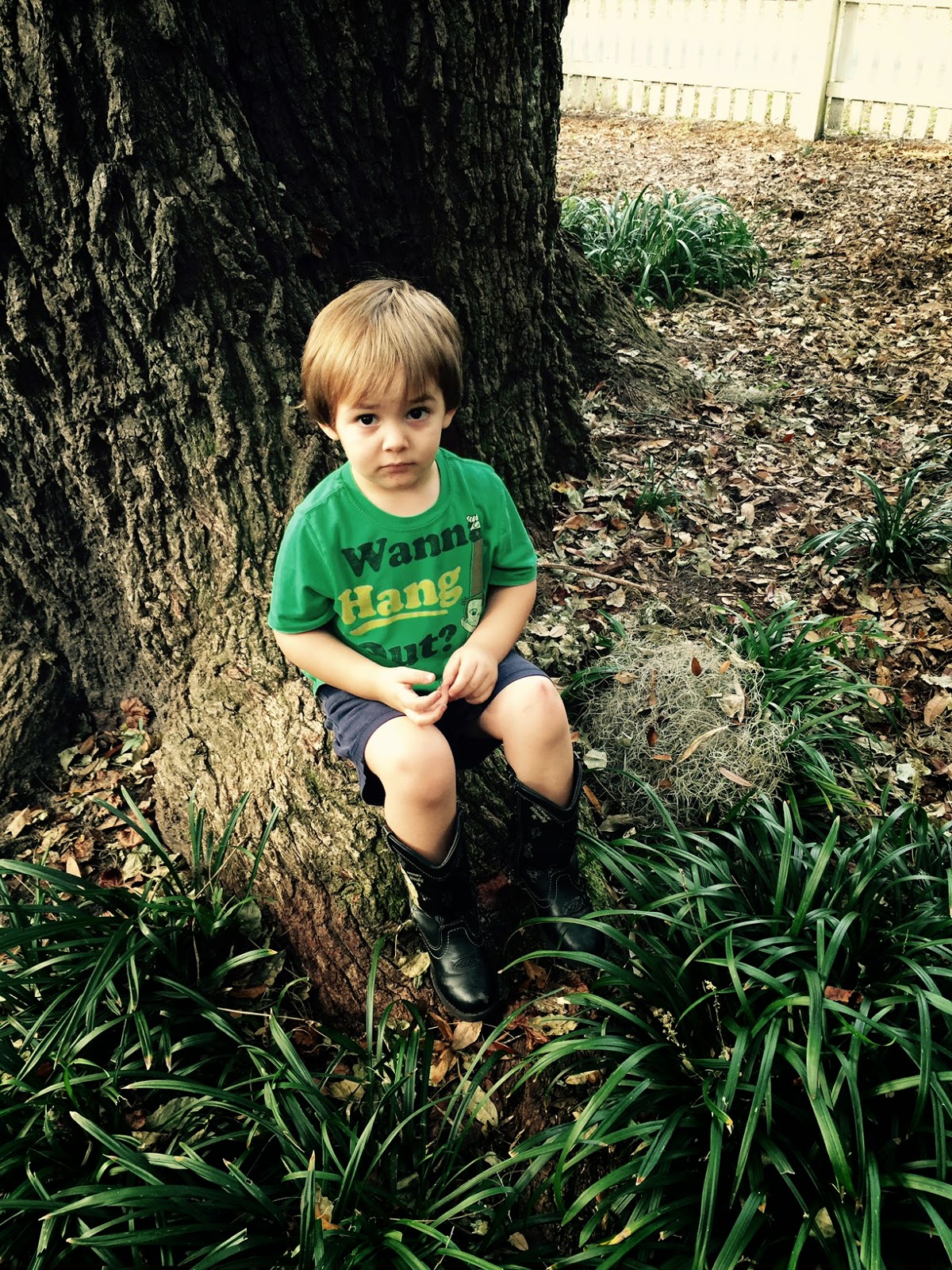 (No, he was not in time-out. Just sitting on a root beside the front-yard live oak.)

And there was greens picking and egg gathering. 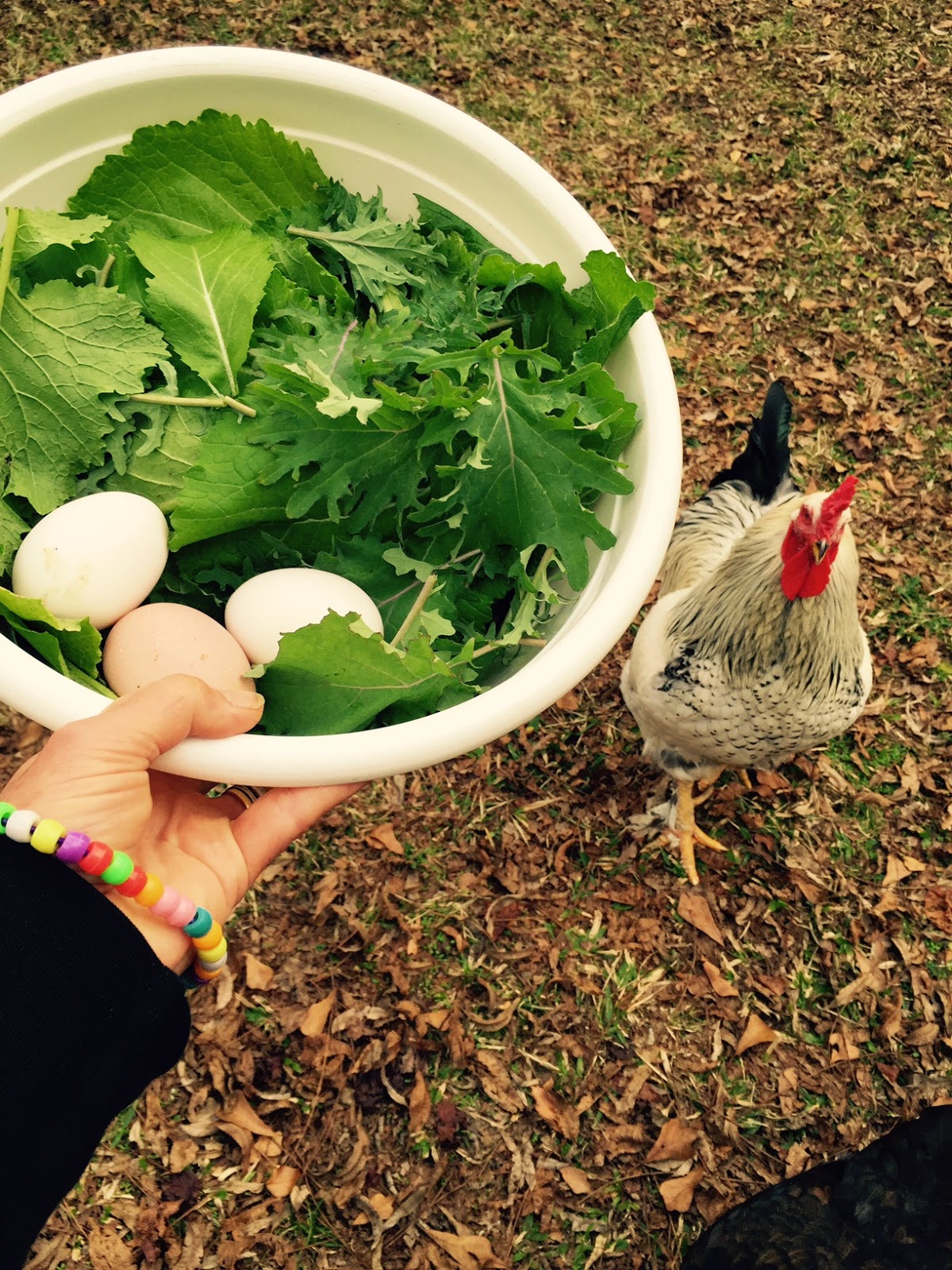 And the picking up of small dead (murdered by Maurice) lizards with kitchen tongs by Owen while Gibson yelled, "Let me touch it!"
Somehow in the middle of all of this I managed to get the beans cooking and the greens on and snacks galore served and oh yes, the chickens got fed crackers.

Can you hear Ms. Trixie's song? Her little croony three-note song? She is the hen in front with the brilliant red comb.
Can you see Gibson's chicken-feeding dance? Can you see why I never give him anything to feed the chickens which is not fit for human consumption?

So that's the way it's been around here today, not to mention the fact that we ate lunch at Fanny's, Lily and Hank and Gibson and Owen and I. I had the temerity to take the boys over to a camellia with hundreds of blooms on it in front of the Goodwood Museum which Fanny's is on the grounds of and we picked three and a woman dressed for success raced out and advised me that this is a museum! and that we do not pick the flowers.
I felt only mildly shamed. I told May about it and she said something about "C You Next Tuesday" and no, I am not going to explain that and if you understand, good for you, and if you don't, bless your heart.

The fellows are still out in the garage doing loud things and the folks at the church next door are singing and the beans are simmering and I need to start the brown rice.

Jason just pulled up and he has some happy boys who need baths and who should sleep well tonight.

When I talked to my brother he asked me if Mr. Moon and I ever still go out on a Friday night. He remembers when our Friday-night dates were engraved in stone. I said, "Ah, nah. I'd have to put on a bra and stuff."
He knew what I was talking about.
So here we are, Friday night, I'm wearing my overalls and my great-grandmother's pearls and the boys are on their way home with their papa. We're sipping a martini and I'm fixing to go mix up some cornbread. The cold, silver moon is rising over the bare branches of the pecans and tomorrow night we are going out to hear Lon and Lis at the Opera House.
Red velvet will be involved.

And probably my great-grandmother's pearls which go with everything from denim to silk and velvet. And the train goes by.
Posted by Ms. Moon at 7:53 PM