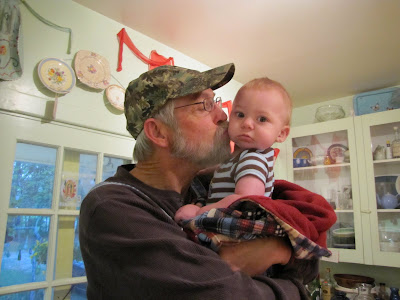 We are up early, early here today at Casa Luna. Little Man came to us at seven and right now he is in the pack-n-play, playing with various toys and I can hear him begin to get a bit tired of that- it's been three or four minutes already, Grandmother- and really. Can't we do something FUN?

Mr. Moon has already left to go to town to get plumbing supplies because he is off to the island again to replace all the pipes in the house down there because they are all corroding and nasty and well, who puts metal pipes in on a barrier island? But before he left, he played some with the boy and I got their picture, these two men I adore so much. Since I started writing this, I did go pick up Owen from his pack-n-play (torture chamber) and now he is back in it, asleep. I took him out to the porch where the day is blooming in such a riot of color and clean air and we rocked and I sang him a Grandmother-Owen song and he fell asleep against me, wrapped in that little blanket his great-great Aunt made out of pieces of flannel that were leftover from shirts she'd made Mr. Moon's sweet father over the years. 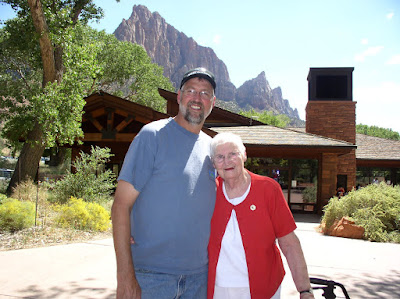 He's been gone now for a long time, Mr. Moon's daddy, but it gives me so much pleasure to see this new little guy being made cozy in that family flannel.

And this is it- this is what it's all about. This family gathered in from that place and this place, joined by chance meeting and subsequent love. Joined by work and play and here we are, wrapped up together in scraps made whole again.

Today is Lily and Jason's second anniversary. Can you believe that? Two years those two have been married. What a beautiful spring day that was. 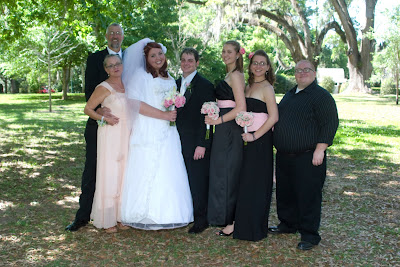 Two years ago and so much has changed. When Jason brought Owen this morning and it was still dark outside and he was wearing his work uniform and carrying that son of his I said, "Happy anniversary," and he smiled at me. He smiled and I feel more sure than ever that Lily made the good choice. I tell Jason all the time what a great daddy he is and I mean it every time. He is sure and he is steady and he is loving to his son and his wife. Oh- if only Jason's mama and I had known back when our Jason and Lily were wild-childs how sweetly they would slip into adulthood. Wed two years and here they are, the most responsible adults I know of their age. They own a house, they go to work, they take the best care of their son you can imagine.

They are going out tonight, Lily and Jason, to celebrate and Uncle Hank and Aunt May are going to come and babysit that son. It will be good for all of them, I know. Lily and Jason will get to be, for a few hours at least, just Lily and Jason, two people who fell in love, and Hank and May will get to be the Uncle and Aunt and play with that boy whom we all love so much. And Owen? Well, Owen is adored every second of his life and he doesn't even have a clue how precious that is, how lucky he is to be part of this family.

And Mr. Moon will be on the island and I will be here and we'll all be tied up with some sweet silk string, Jessie too, wherever she will be- probably studying- we're all bound together and because we have eyes and ears, because we see what goes on in this world and the crazy things that happen to families, we know how lucky we are. Every one of us knows.
And Owen will know that too, some day.

He'll know that he was loved from the very beginning. I hope. I hope he knows this as he grows up. That his grandfather held him wrapped in a blanket made of a great-grandfather's shirt-scraps and kept him warm. That his grandmother rocked him on the front porch and he fell asleep against her chest, his eyes full of azaleas and the newborn day. That his mama and his daddy love him more passionately than he will ever know until he has his own child. That his aunts and his uncles adore him too. And that all of these people love each other with ridiculous richness.

Isn't it funny how this is where lust leads sometimes if we're lucky? We see someone across a room and something whispers inside of us. The whisper says, "Yes." The body says, "I want." And then something magical happens and the heart joins in and souls somehow meet and they, too agree that the answer is yes and next thing you know there is a wedding or at least a promise and then, well, the story never ends and it never really begins because the lines go back for thousands and thousands of years and the sweet invisible powers become visible and made flesh and the love just grows and it grows and there is always enough for all.

And if we're really lucky (and oh, I am) it leads to more and more of it, so much the heart can barely contain it and we're all wrapped up together.

Happy anniversary, Lily and Jason. May your love be what it is now forever. Only better. Only more.
Imagine that!

I wish for you what I have. A long-time best love. A hand to hold, a chest to lean on. A baby to cradle that came directly and indirectly, most assuredly from your love. 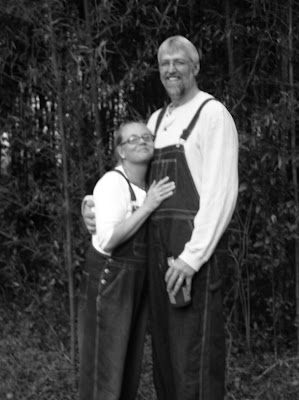 So that even when your hair is gray and your joints are stiff and your clothes are funny, you will have what Mr. Moon and I have, which is this, all of this, and each other as well.

Funny how emotional I can get at nine o'clock in the morning. Well. It is spring. That boy is here. It is an anniversary day. A special day, just like every other.

A moment, just like this one that I have tried so clumsily to put into words to keep.

The boy sleeps, the day brightens and opens. My heart does too. It overflows.