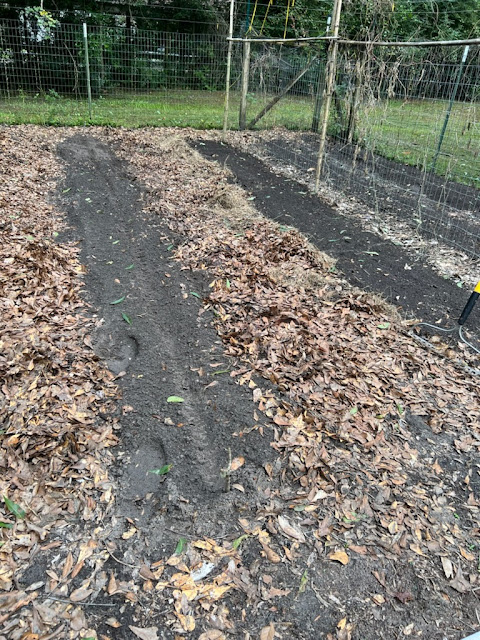 So I planted the garden today. Mr. Moon had made me such well-delineated and cleared rows to plant in that it really wasn't hard although the heat just about killed me. I had to keep stopping and coming in the house to cool down. I just cannot take it the way I used to. BUT, before the day was done, I had planted carrots, mustard greens, collard greens, arugula, a kale mix, two different types of lettuce mixes, turnips, chard, broccoli, and the artichokes.
I wonder what will and what will not come up. I also wonder if this is the year I will finally gird my loins and thin the rows the way I should.

And now I'm tired. Worn out. I've got nothing to report, no real news, good or bad. It's all just life today. Another day I've lived on the planet, another day closer to the day I won't be living on the planet. As much as I think I have been quite aware that one day I will stop living and really don't seem to be too concerned about that, it is shocking when I stop and think about the fact that if I get ten more good years it'll be something. Ten years goes by like a dream now, just whooosh, gone. And like most of us, probably, I hope that my death will be like that too- just a flash and then gone. Not even enough time to grasp what's happening.
I should be so fortunate.

Anyway, here's a picture of Lucky whom I am 99% sure is a rooster. 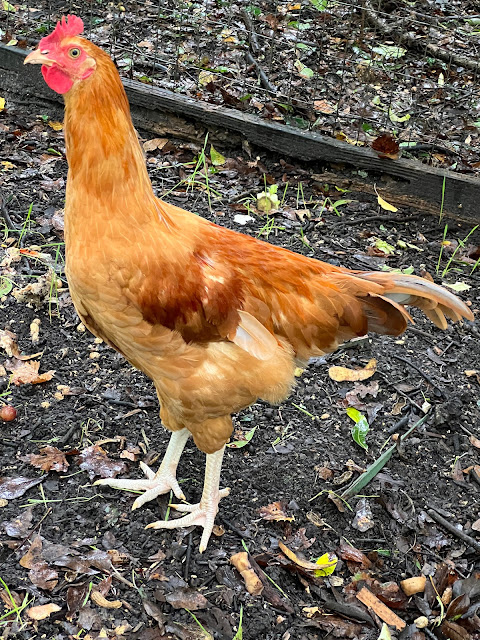 He hasn't crowed yet nor has he laid an egg so...

The other day when I went to let him and Grace out of the hen house, he sang a song several times that was pretty fancy. There were seven of the same notes, all in a row, and then three different ones. He repeated this, as I said, a few times, always exactly the same. I was quite impressed. I sang it to myself a few times and should have come in and figured it out on the piano. I could title that song, "Requiem for Liberace," whom I am quite certain is the father.
Thunder is rumbling in the distance but I don't think we're going to get any rain which would have been so welcome to water in my seeds and get that process off to a good start. I'll water if it doesn't rain tomorrow.
The red roses planted in the garden are still blooming. I'm not sure they ever really stop. I took this picture today while I was out kneeling in the dirt, getting ant bit and mosquito bit, and counting out tiny seeds to press into the ground, my faith at least as great as a the size of the mustard seeds, the proof of which is that I planted them. 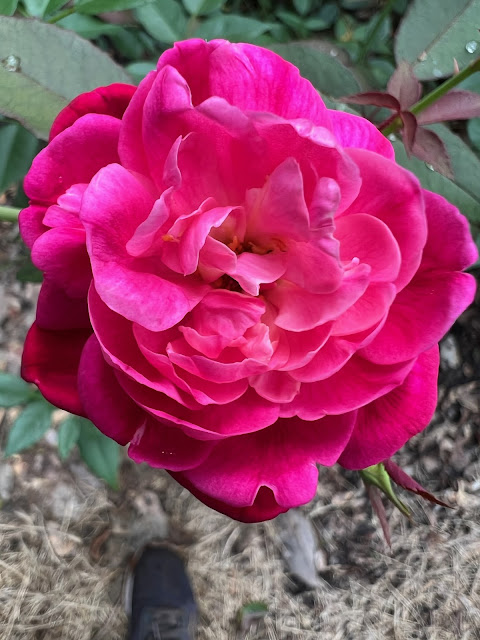