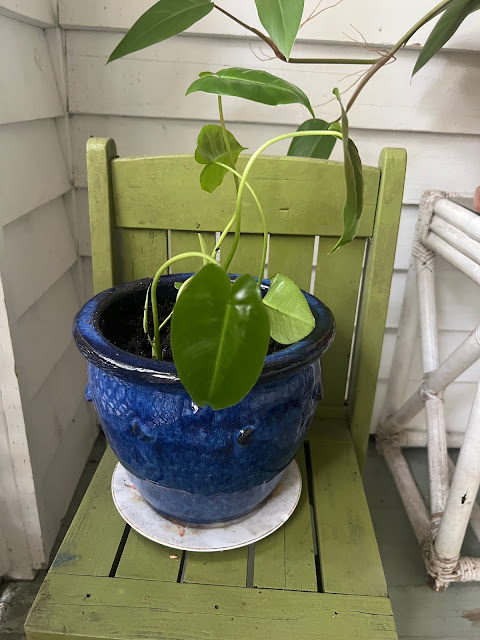 Damn, y'all. I'm in a funky slump when it comes to having anything interesting to write about. I mean- my life is so uneventful right now that I had a dream last night wherein I decided to get a job. I do not know what sort of a job it was that I was going to get but hopefully something like a librarian whose sole duties are checking out books, shelving books, and reading to small children because I am way too old to be contemplating anything like truck stop waitress or exotic dancer and besides, they tore down the truck stop so forget that.

Now I realize, having said that, that the universe is probably going to have heard what I said via that Universe Magic and create some sort of disturbance in my peaceful little life which will create chaos and problems. I hope not. And actually, I no more believe in Universe Magic than I believe in The Power of Prayer but I do have my own weird and unexplainable superstitions, just like most of us. My theory is that in order not to feel like complete victims of fate, we humans devise ways with our busy brains to attempt to control something, anything, that is normally beyond our power to control and so we come up with religions where we can petition our gods with prayer, or placate them (gods are always in need of placating, aren't they?) with sacrifices or constant worship and praise or following the rules of whatever god we choose to believe in even if they make no sense and are, in fact, harmful to our souls and minds and so forth. And even if we aren't religious we often say things like, "I'm sending you good energy or good ju-ju or positive thoughts" and I just don't quite understand that either. And there are also those of us who believe that we can visualize positive things and thus create successful outcomes for ourselves and others and honestly, I don't see humans having that sort of ability and power.
About the best I can do is to tell someone that I am thinking of them with love because I know I can do that and if there is anything that's holy and magic, love is definitely part of it.

And all of this is not to say that I am not superstitious although when I catch myself being superstitious I laugh at myself and try to convince myself that I'm not, not really. And truly, for the most part I am quite happy with the sort of magic that comes from the everyday and prosaic things around me like sunrise, sunset, rain, trees, babies, the minds of children, sea monsters, and Keith Richards.

Speaking of the minds of children, when we went to have lunch with Maggie the other day she said to me, as we were eating, "The thing I wonder about is where humans come from. They haven't taught us that yet in school."
Hoo-boy!
"Do you mean how humans came to be on this planet?" I asked her.
"Yes," she said. "Where did they come from?"
Well, since we only had about twenty more minutes I tried desperately to figure out how to explain evolution and how apes and humanoids split off from each other and so forth and so on in a way she would understand in a hundred words or less.
I do not think I was successful and she probably has some truly weird ideas now but I did emphasize that ultimately, we all came from Africa.

Now if she had asked her other grandmother, I'm pretty sure she would have heard about Adam and Eve and the Garden of Eden which is a hell of a lot easier to explain and, for a child to accept and understand because it's such a neat and tidy story IF you don't start asking questions.

Oh well. If there is one thing I know about Magnolia June, it is that she will question everything and that whatever she ends up believing, she will believe in it with certainty. This is the way she is.

So I went to town today and had lunch with Jessie which was a joy, of course, and we did a short Costco run and then I went to the library and to Publix and then I stopped at the Bad Girls Get Saved By Jesus Thrift Store where I bought nothing, not so much as a saucer. And that was my big day. I drove home a back way down a road where I used to live with my first husband when Hank was a baby. We lived in a house that rented for $75 dollars a year (no shit) and it had primitive electricity but no running water. We had a pump out back and I washed dishes outside and we had an outhouse and as I have said many times, I am very glad I had the experience of living there because there were some things about it that were wonderful and beyond that, I will never, ever take running water or floors and walls that you can't see through for granted. That house burned down a long time ago when some asshole tried to run an AC in the bedroom which of course caused some major electrical problems. Somehow, no one died.
But it was a trip down memory lane for me to drive that backroad. Some things have changed, some are still the same. Trailers have replaced some of the shacks, some of the land alongside the road has been cleared. But as I drove I remembered things and times and people from over forty years ago and some of that was good and some of it is still painful.

And that's life.
How did humans get here? Hell, don't ask me. I can barely tell you how I got here, living this life I lead now.

Every day fall feels a little closer. And of course it is. I noticed yesterday that the Confederate Rose is putting out buds for its autumn glory blossoms, which is related to okra, hibiscus, swamp mallow, and a bush we call Rose of Sharon. There was one planted at Maggie's school and I pointed it out to her when we were walking to the cafeteria and I told her its name.
"How do you know that?" she asked.
"Well, I know a few things," I said.
And I do. I've probably forgotten more than I remember but I do remember when I lived in that old house, a friend came out for lunch with her daughter who was about Hank's age and she brought me a Rose of Sharon in a pot to plant in the yard. I had made a tuna and pasta salad with whole wheat macaroni in it for us to eat.
And for whatever reason that is something I will probably never forget.

Humans are weird. And yet...here we are. 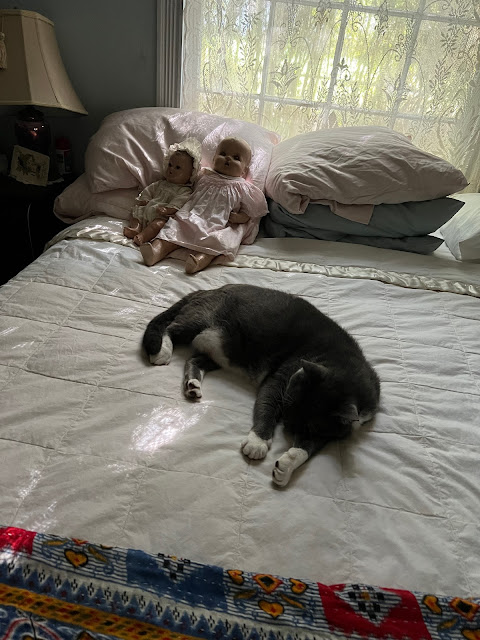