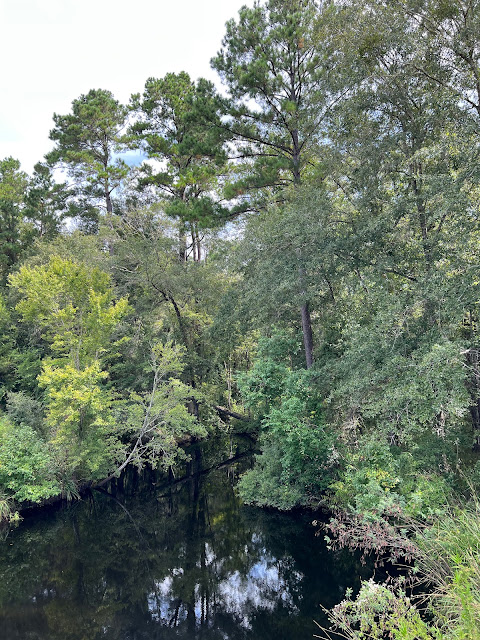 Today has been an odd and uncomfortable day for me. I woke up from the most horrific dreams of blood and murder and viewed from a distance, it's almost as if I translated the slaughter of my chickens to a human tale with a human fox who murdered over and over and over with no one to stop him. Not a good way to wake up at all.
And I was anxious and feeling as if perhaps reality was far less tangible than usual which is frightening in itself.
Not good, not good, not good.

I thought about the post I published last night and I felt as if I should delete it. Was it braggy? Oh, look at me, I used to be a regular Mother Theresa or something. But the fact of the matter is, I did those things. But haven't we all done things like that? To take care of dear ones who need tending is not a holy thing, it is a human thing.
And I am so very, very human. Nothing else. And as I said, I can't imagine doing things like that now whereas I know people who have spent their entire lives doing for others and I'm not talking about people who are trying to pile up gold in heaven, either. People who are just plain good.
Which I am not. Not really.

Anyway, I had my breakfast and then went to take my medications. I'm on a few for depression and anxiety and blood pressure- you know, the regular, I guess, and I realized that I had not taken my meds yesterday. Which explained a whole lot. It was comforting in a way. Chemicals. It's all chemicals.
And scary in another way. What if I got cut off from my chemicals?
It would not be pretty.

I took a walk. Far off in the distance in front of me, I saw someone who was also walking the sidewalk. I thought maybe it was No Man Lord who would reach his property before I caught up with him. But as I drew closer, I could see that it was someone I didn't know and it appeared that he may have started his Labor Day celebrations early. His gait was off but after a certain age, whose isn't? It looked like perhaps his pants were falling down but surely that couldn't be. I mean, yes, there is that style with waistbands down below jockey shorted butts, but this didn't seem like that. And then he fumbled for the back of his britches, trying to pull them up and I decided that whatever was going on there wasn't something I wanted to deal with so I turned around and walked down to the nearby bridge over what is probably a small offshoot of Lloyd Creek (why don't I know?) which is where I took the picture above. I crossed to the other side and there I saw turtles sunning on a log in the way they do and I took their picture. 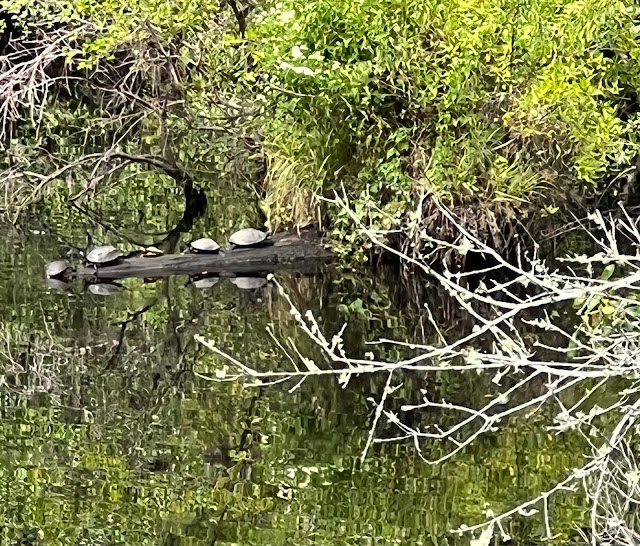 Not a great shot but it was pretty far away. Somewhat prehistoric, aren't they?
The walk was hard, even though it wasn't that long. It's still so hot and so humid. I'm okay as long as I keep moving but if I stop, I feel it all. I went into the post office which was closed due to the holiday but the door to get to the individual boxes is always open. The usual attempt at air conditioning wasn't on though and I thought I might pass out before I got that damn box open.
I didn't.
I came home and took a shower, made the bed. Jack was seemingly so unconscious on a pillow that he didn't stir and I didn't move him. 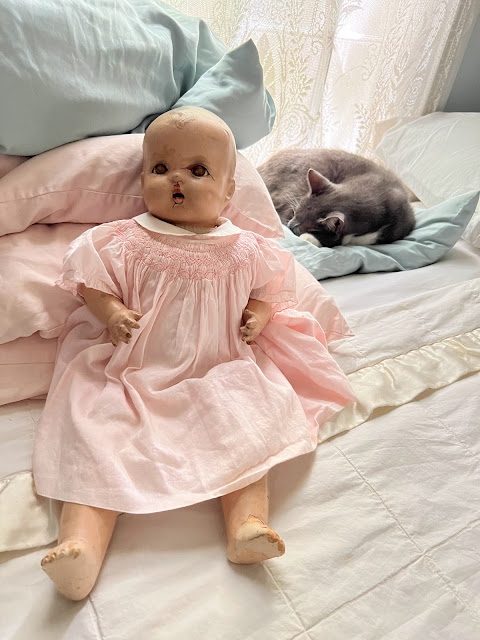 That was six hours ago. He is still there. And he was there last night while we slept, too, because I reached up to feel for him and found him, gave him a little scritch and we both went back to sleep. I think this heat may have gotten to him too. I am sure that Dorothy Anne was glad for the company.
I took some scraps out to Lucky and Grace and for about the fourth day in a row I got an egg from that one little hen. It's a big egg, too. 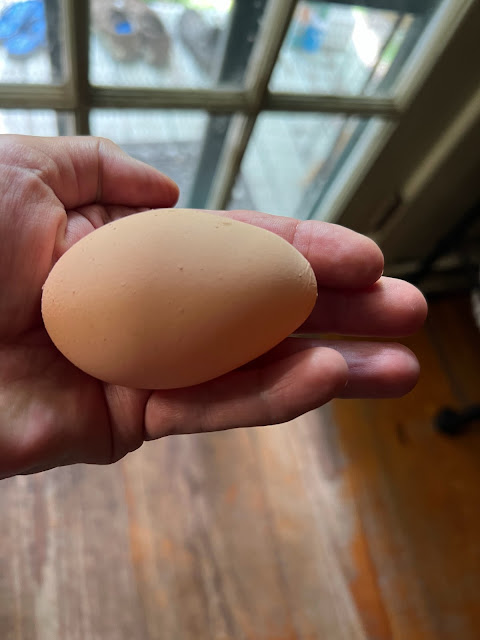 And a bit lumpy. I'd always wondered who laid that particular egg and now I know.
I worked on Lisi's dress and it's just about finished and is as imperfect as the first one I made. 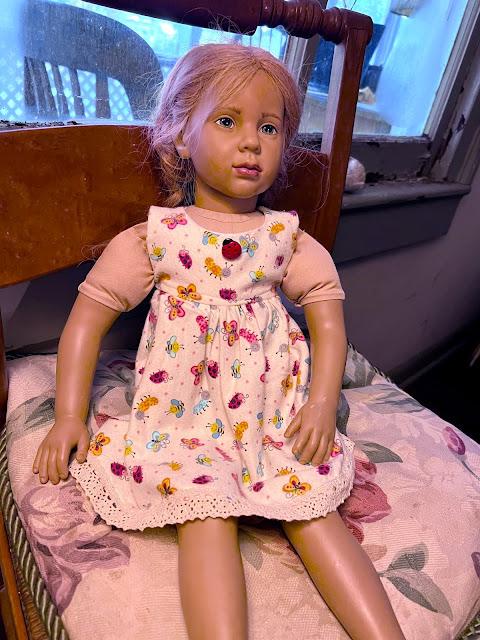 I think I am going to make her a fancy petticoat from some tulle I have, do something about the poor child's hair and then give her to Maggie.
I still do not feel "right". I expect I'll be fine by tomorrow. I hope so because today I've felt like I'm living under a dark shadow of fear and regret. Or perhaps it's more like being a turtle, having to carry the heavy weight of my house of hopelessness on my back.  If I know one thing though, it's that things change.
Chemicals included.
Love...Ms. Moon
Posted by Ms. Moon at 6:22 PM