This Is Pretty Much My Social Life 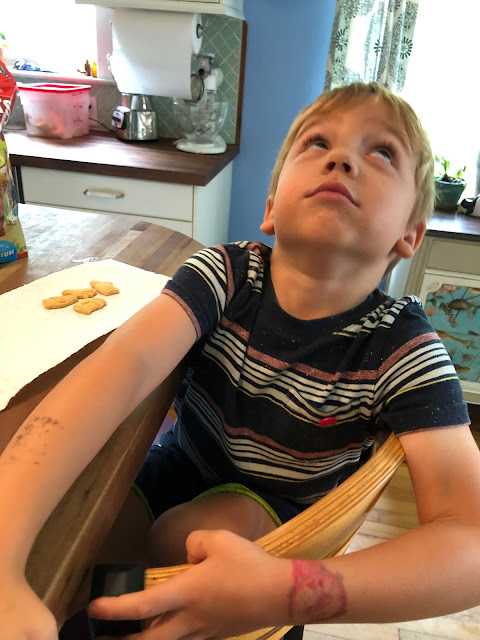 It's been a grandmother day and about to be a grandmother night. I got the spaghetti sauce made this morning before I left to go pick up Levon and cleaned the hen house, too, which really is not much of a chore but it's nice, I think, for the chickens to have a non-pooped-up place to roost.

Levon was sweet as could be and like I told him today, "Boy! Every time I look at you, your legs have gotten longer!"
"That's because I'm growing," he said.
"I do realize that but it's just happening so fast!" I said.
He is such a funny little guy. Today he was quoting something from a book in a perfect southern drawl. I am constantly amazed at his verbal and conversational abilities. Same with his brother. I have better conversations with them than I do with many adults.
We went and picked up August at his school and then home for snacks and books and the trampoline and a few Mentos videos and some ocean life videos.
Did you know that a giant squid can kill a 66,000 pound sperm whale? Now you do.
Levon picked me quite a few mulberries off their tree which is producing more than mine this year. I kept thanking him and he said, "They're a healthy snack and that's why I'm picking them for you."
Oh, my heart! 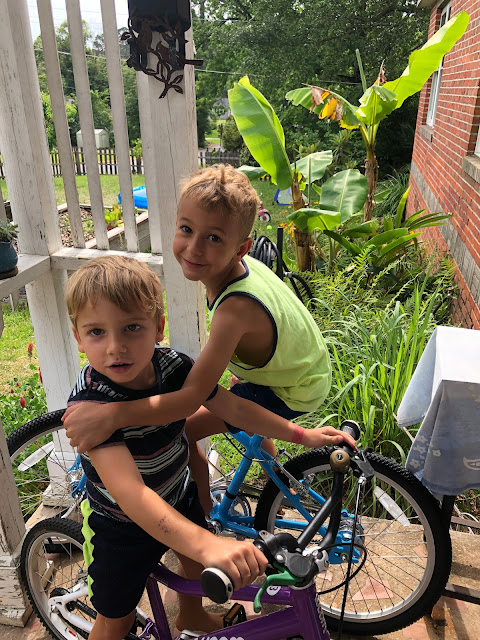 Now I'm home and Gibson is here. That boy is so special. Of all the grandchildren, he is the most physically affectionate. His hugs could be sold at market. 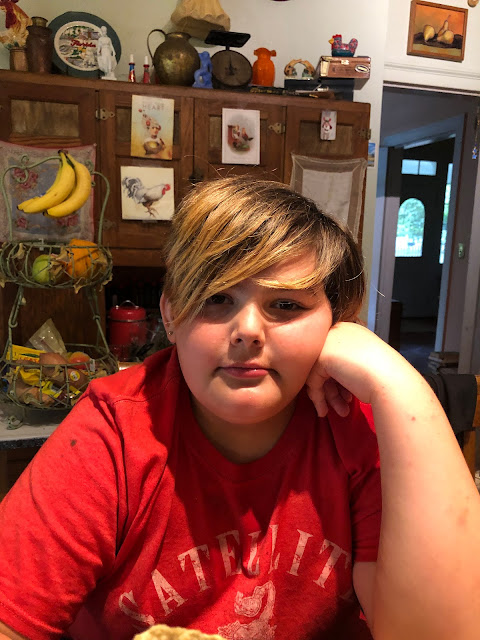 His artistic abilities are blooming and while we were having a chat about some...thing...that I have no knowledge of, he asked for a pen and paper and just drew it for me. I love the fact that he can do that. I am in awe. I let him taste his spaghetti sauce with the simmering meatballs and he approved. He even noted and approved the peppers in it.
He and Boppy have been playing Oculus and I'm about to go finish up making our supper. I've had part of a martini and am beginning to unwind.

Guess what I did today? Even though it is Friday and sacred to the goddess of clean sheets, I decided this morning that I would wait until tomorrow to strip the bed. There was just no way I had time to wash the sheets, hang them on the line, and get them back on the bed in a timely fashion.
If the world comes to an end tonight, you will know whose fault it is.
Happy Friday, y'all.
Love...Ms. Moon