Not Covid This Time For Me Or My Baby 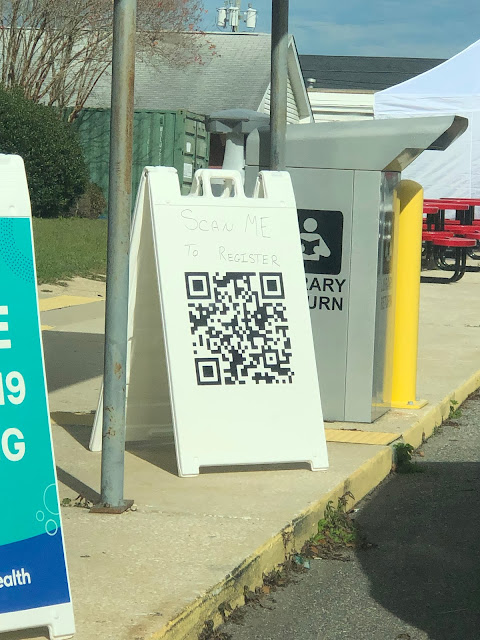 Mr. Moon got home last night and I was so glad to see him. He had tales of the trip and we ate our supper and all was well. I'd been feeling a little funky yesterday. Sneezing some, some congestion, a little sore throat, a little headache. I had planned to pick up August and Levon from their respective schools today and stay with them until Jessie got home from training at the hospital and I told her in a text what was going on but I assured her that it didn't seem like much at all, not to worry!
And Mr. Moon who'd been having the same sort of symptoms since last Friday (remember when we went and got Covid tested?) was still having them but he slept very well and I slept as well as I could with a giant cat inhibiting the pulling up of covers and trying to burrow into me from various angles but every time I woke up I could feel that my congestion was worse and so I sleep-worried and when I woke up this morning I knew that whatever I had I did not want to take it over to Jessie and Vergil's house. I called Jessie and left her a message, breaking into tears with my apologies. I was a damn mess.
We decided we should go get tested again so back we drove to Monticello but this time there was no frivolity or shopping or lunch, just signing in, getting swabbed, and coming home.
We are both negative.
So we do not have covid.
And we're not very, very sick. We're just a little sick.
And neither one of us has done much of anything today. I worked some more on my overalls and in one of the places I've patched they are probably now impermeable even to the passage of arrows should I get shot in the breast by an archer.
I've thawed out some turkey and rice soup that was in the freezer and that will make our supper.

I just read that Ronnie Bennett Spector died. Some of you may not know who she was but all of you would recognize her music. I don't think she had an easy life. She was married to Phil Spector for a time and I think he virtually kept her prisoner. I do know that Keith Richards and Ronnie had a sweet romance in their very early days and he wrote so lovingly of her in his book. The Stones toured with the Ronettes in the sixties and Keith said, "...I fell in love with Ronnie Bennett, who was the lead singer. She was twenty-years old and she was extraordinary to hear, to look at, to be with. I fell in love with her silently, she fell in love with me."
In a few paragraphs, Ronnie was quoted as saying, "...to be honest, those were the happiest days of my entire career."
On their first tour of the US, the Stones didn't do very well and Mick and Keith slept on the floor in Ronnie's mother's house in Spanish Harlem. Ronnie took them to see James Brown at the Apollo and after that, she said, "...they went home and came back superstars. Because I showed them what I did, how I grew up, and how I went to the Apollo Theater when I was eleven years old. I took them backstage and they met all these rhythm and blues stars. I remember Mick standing there shaking when we passed James Brown's room."
Keith again- "We were twenty years old and we just fell in love. What do you do when you hear a record like 'Be My Baby' and suddenly you are?"

It's still a damn fine song. One of the best. I think a lot of us are thinking of that lead singer tonight, and Keith Richards is probably one of them.