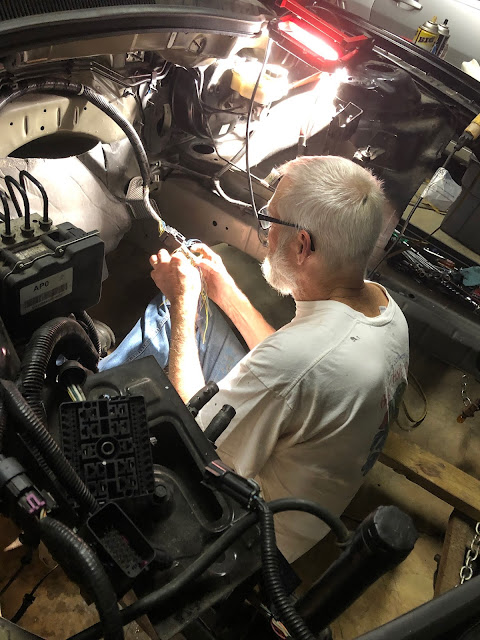 Last night I finally had to go out to the garage to collect my husband for martini purposes. I am quite capable of making my own but I don't like to get started without him so I closed the chickens up, walked over to the garage, opened the door, walked through three bays and finally found him sitting in the engine well of one of the Camaros, fiddling with wires.
I laughed.
"What are you doing?" I asked him.
"Trying to figure out this damn wiring," he said.
Well. Obviously.
He had no idea what time it was and in fact, had thought I was still asleep because when he'd left the house HOURS EARLIER I'd been taking a nap.
"Lord, honey," I said. "I wasn't that tired."

Today was a good day. Jessie, August, and Levon came out to visit and since Jessie had told them in no uncertain terms that they would not be watching TV while they were here, not to even bother to ask, they asked immediately if we could read books.
"You bet!" I said.
But first they found the bag of fireball jawbreakers that their grandfather had bought on his journey back from Tennessee. Do not ask me why. Of course they HAD to try them, despite Jessie and I warning them. At first they shared one. 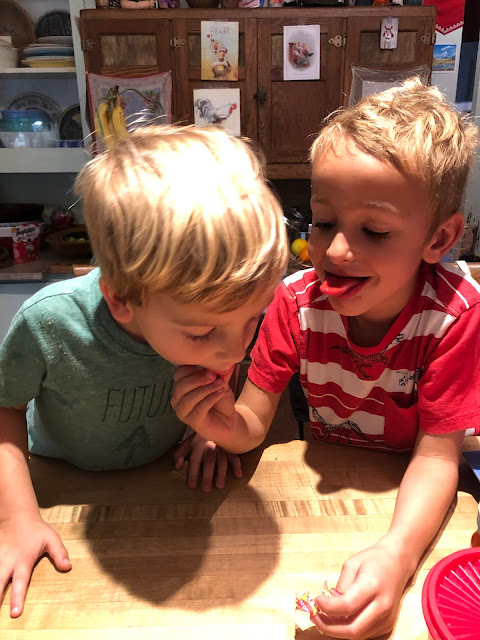 Pretty soon the messiness of that operation overwhelmed us all and Levon got his own. Of course a few minutes after that, the real heat of the fireballs kicked in and they demanded water and soon after that they were easily persuaded to abandon the entire project. They were, however, delighted by their red tongues. 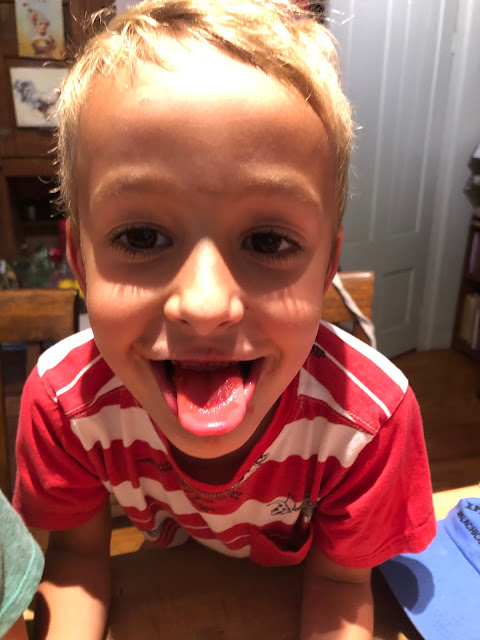 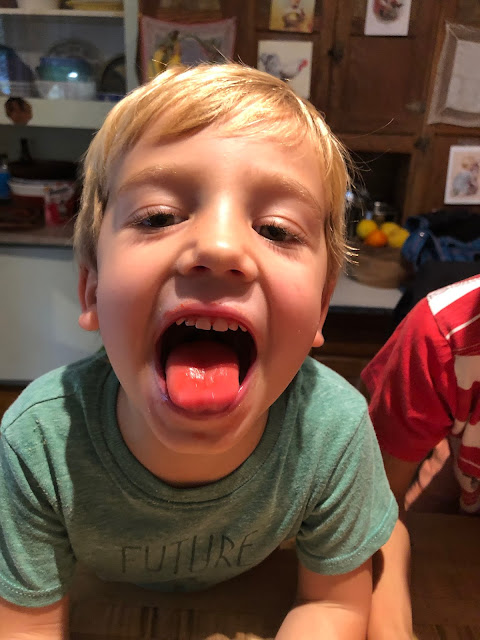 And then there was some book reading and then some lunch and then we played cards. Also, August made his mother and me laugh a lot by demonstrating various varieties of snorting and inhaling. He can inhale so hard that his nostrils close, making him look somewhat like a snake. I did not, unfortunately, get a picture of that.
All-in-all, it was completely delightful and I have missed seeing those guys so very much. They are funny and smart and they do love their Boppy and Mer and only part of that is because we spoil them to pieces. Well, not really. Just sort of. They know how much we love them and they respond to that. Same with Owen and Gibson and Maggie. I know I talk about this all the time but there truly is a special sort of bond between grandparents and grandchildren and it is a very grand thing. The knowledge children have that their grandparents just adore them has to make their hearts happy.
It sure makes our hearts happy.
Here's August's school picture. 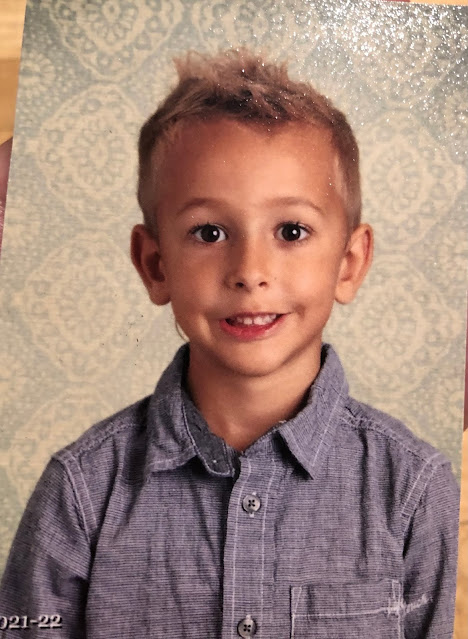 I love it so much! He chose that background himself. Little dude has a sense of style.
In a way, school pictures are the greatest scam ever known. What kind of a parent doesn't buy school pictures of their precious babies? And who among us does not look back at those pictures and think, "Jesus Christ. Did I really look like that?"
Yes. Yes we did.
And it's good to be reminded. It's good to remember how we looked and felt and were when we were so young. If we can. And in remembering, it makes our hearts so much more open and softer for our grandchildren, knowing what they have to go through, realizing that they too have deep thoughts and worries and dreams, even at that age because we did too.
Well. As I so often say, that's enough of that.
It's still warm, it's still humid, and I am still getting peppers galore. 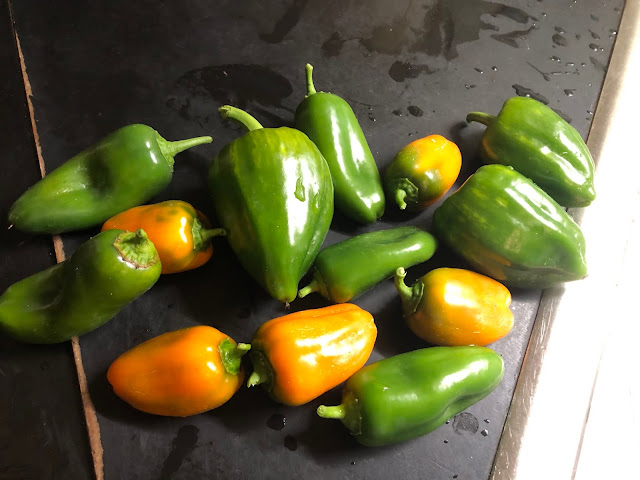