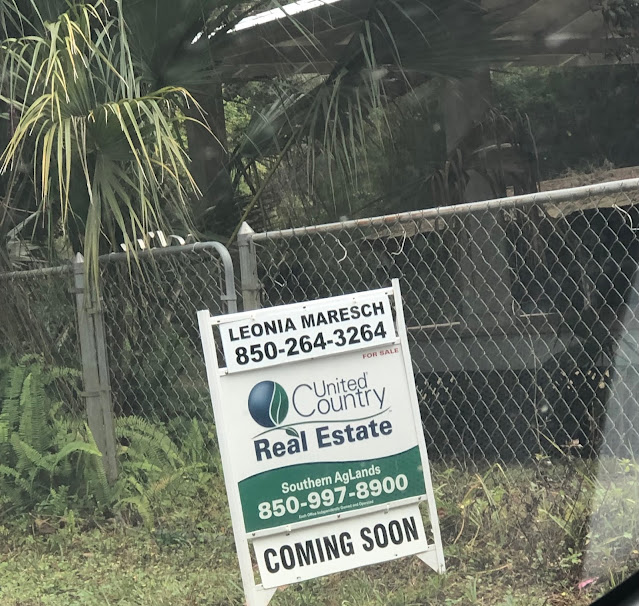 The house next door is coming up for sale and I wonder how that's going to turn out. The last people who lived there before the current owner, went upside down on their loan which they'd gotten during that horrible time when companies were begging for your business whether you had any money for a mortgage or not and they tried and tried to sell. Never could. I think they just ended up handing it over to the bank or whoever owned the mortgage by then, and moving on.
It stayed empty for a very long time and it made me so sad because it's a fine house, not too big, not too small. The guy who ended up buying it started out so very gung-ho about living in Lloyd. He had many plans for the yard and possibly the house. I'm not sure. He did a lot of restoration with his father, I gather. He had ideas about getting rid of invasive plants and doing aquaculture and all kinds of other things on his small lot and these projects did see the light of day but I don't think any of them ever made it to fruition.

I hear that now his girlfriend doesn't want to live so far from where she works in town so I guess it's their turn to move on. I'm sure he views me as the cranky old woman who lives next door and I don't blame him. After I welcomed him to the neighborhood, I proceeded to give him a rousing verbal beating for taking out one of my favorite camellias ever. He protested that:
A. He wanted to concentrate on native plants in his yard, and
B. His mother actually cut it down.

Harumph. Obviously I am still not over that.

The other thing I did that no doubt pushed him over the edge when it came to me was when I went over one day and beat on his door when his band was practicing to ask him to please turn it down because I couldn't even think on my back porch because it was so loud. Or to at least shut the windows on the side of the house where they were practicing.
I hated doing that. I've been around musicians practicing my entire adult life and I know how important it is and I hate beyond reason being such a bitch about such a cliched old-person complaint but I'd tolerated it as long as I could and then some before I walked over there and made my plea.
He thanked me for not calling the police which shamed me terribly. I would NEVER do that as a first action when it comes to loud music.
Anyway, he's actually been a good neighbor and I just wonder what the next neighbor will be like.
Lis has always wanted that house. I think she's possibly wanted it since before we bought this one. What I wouldn't give to have her and Lon living there! But I don't think they'd leave Gatorbone in reality. Lis has come up with some grand schemes for us to buy it and turn it into an AirBnB but that sounds like way too much work for me. And do people really want to stay in a tiny village with no place to eat except for a Subway down near the interstate and a train track that goes through the backyard?
Well, actually it goes through our backyard which is behind that backyard because our property is an oddly shaped T with arms that stretch behind that house and the church next door on the other side.
Whatever.
I cannot see running any sort of lodging establishment in my future.

Anyway, that's the big news here. I got the hen house cleaned out and some weeding and more thinning done and then...it began to rain!
Glory, glory.

I'm beginning to wonder if my husband is ever coming home. I suppose he is. He hasn't come up with a return-date yet. I hope it's this year. I miss him. I mean, everything's fine. And I really want him to enjoy that part of his life- the being-outside-with-other-guys part of his life that he loves so much, that brings so much joy to him. 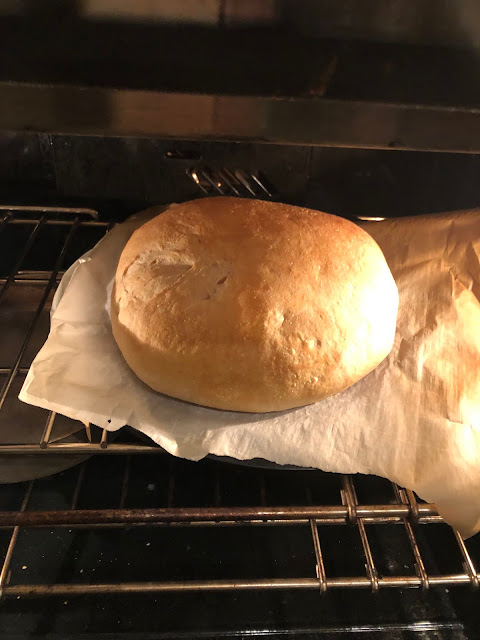 And three nice eggs in a nest. 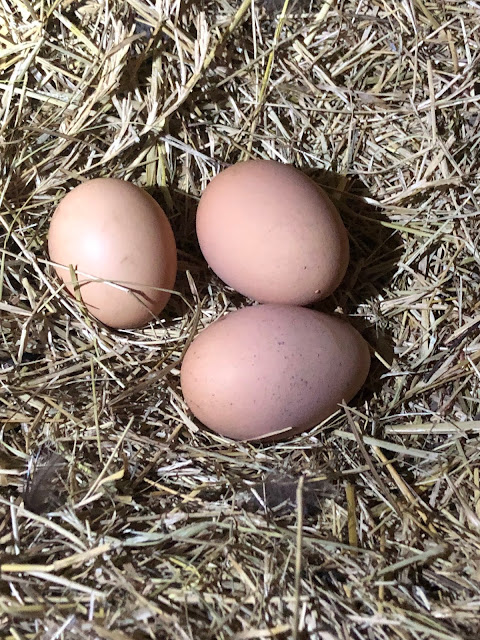 And lastly, a hen in a tree. 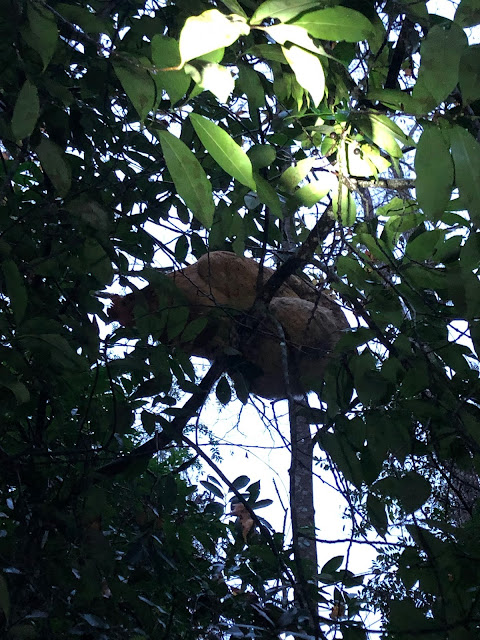 I know. Terrible picture. Hard to see. But that's my dear Bella, the only hen in that last clutch of hatched eggs. She still refuses to go to bed in the roost with the rest of the chickens. I don't think she ever will feel comfortable enough to sleep with them.
Which makes me very sad.
Stay tuned for my possible report tomorrow evening. I MAY be going Christmas shopping with Lily.
Hoo-boy.