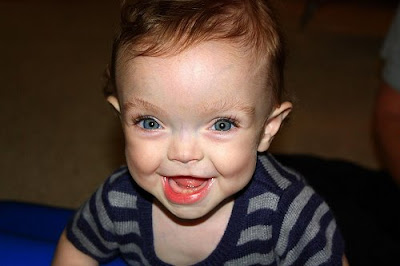 She was just the tiniest girl.
I never met her.
She was born too early and and too little. Eleven weeks premature, three pounds, 1 oz.
She spent 68 days in the NICU.

And I read their blogs. And I left comments saying things like, "That is the cutest baby in the world and look at the spirit you can see in those eyes!"

And then on Monday, Maddie got very sick and then she was back in the hospital and then this morning I found out she died last night.
That tiny girl, still only fourteen pounds, that spark of a human, that fireball of a child, that struggling, laughing child- she died.

I read the words and I was hit with tears just like that.
I never met Maddie. I didn't know her or her daddy or her mama.
But I am part of some sort of community here with these words of mine, and so, somehow, Maddie was part of my community and I cared about her.

And yesterday I wrote about lost babies.

Maddie's death is already all over the blogosphere. We're all trying to figure out how to say how sorry we are, how profoundly we are sorrowful, how much we wish we could comfort her parents.

But even in this place where words are what it's all about, we have no words.
There are never words when a child dies. There are only tears.

I wish I had some sort of uplifting, inspiring thing to say that would serve to comfort anyone whose child has died. And there are plenty of things out there that purport to be those words.
But I don't think, if the child was mine, they would even begin to register in my mind, much less do one damn thing to make me feel one damn bit better, to lesson the sorrow of my heart by any of the smallest measurement a scientist would know.

So all I can say is this- Madeline Alice Spohr lived and her parents shared her with all of us and I thank them for that.

You can't even hit their website right this second. That's how many people Madeline captured with that smile. Everyone is going there. Everyone is trying to figure out what to say, and how to say it.

But no one is going to succeed because they are no damn words. None at all.
There's just light somewhere and if I know one thing, one thing at all, it's that Maddie is part of it now. 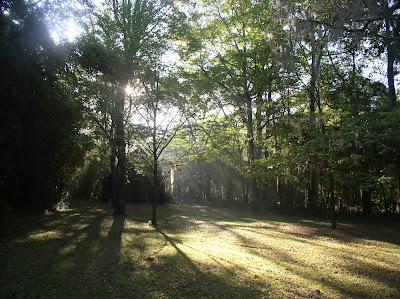