I wish I did not have anything to talk about tonight. But the fact is, I do. It has been a hard day.

This morning I went out to the hen house and coop to give the five chickens the kitchen scraps and some scratch and feed. As I approached the coop I saw feathers and my heart sank.
"Oh no, oh no, oh no!" I chanted. Mr. Moon was right beside me, heading over to the garage. We went into the coop and at the far side of it was a dead chicken. And in the hen house itself another hen lay dead in a nest.

I almost broke. I had truly thought they were safe in that space but to be honest, the screen door into the coop is warped and at the top there's a small space that we're pretty sure a raccoon got in to murder my babies. Liberace's tail feathers were all fucked up and I'm sure he put up a valiant fight but a raccoon is a powerful force of teeth and clever paws with claws. They can tear up a dog so you know they can decimate a chicken. Neither of the bodies were near the door and I am pretty sure the coon couldn't figure out how to get them out. As we all know, a raccoon can climb. Foxes can too but the trail cam which was trained on the other door, the solid door, showed so many raccoons sniffing around, trying to open it which they could not but the screen door was probably too easy.

Both Glen and I are done. For now, at least. It's just too much. Liberace, Gracie, and the young one which I am now almost sure is a rooster, are the only ones left and we let them out of the coop this morning. Fuck it. If they're going to die, let them be free until they do.

So yes. It's been a very sad day. Luckily I had Weatherford boy pick-up duty. That and their new kitten was a bit of a distraction. 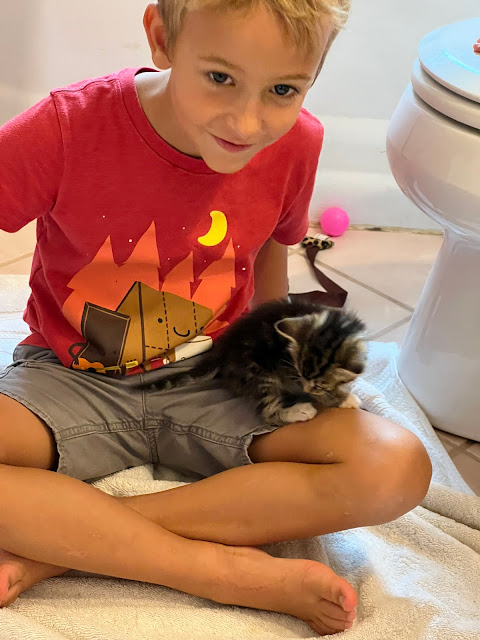 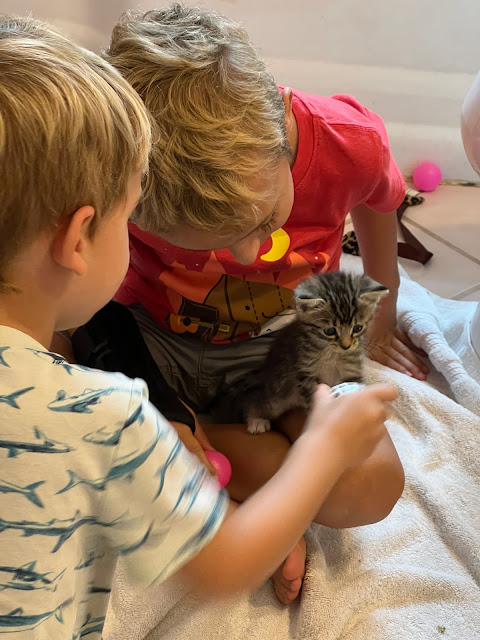 As I told Vergil today, that is the smallest cat I've ever seen not on its mama's titty. It is darling. The boys love her and want to name her Cherry.
And this is how it's been today for me. There is such a heaviness on me. I have been keeping chickens for around thirteen years now. From that first batch of biddies that Kathleen brought over I have felt as if chickens were something I needed so much in my life. They helped me through that horrible period of anxiety I went through. They soothed my soul. They taught me so much, not just about chicken behavior, but about animal, and thus, human behavior. They have made me laugh, they have made me proud, they have made me feel as if something quite ancient in my woman's soul was finally satisfied. Their eggs have never ceased to be miracles in my palm and in my kitchen. The hatching of babies has been a wonder and a joy. Watching the way hens mother those babies has been an inspiration and an education. Their curious natures have shown me how important curiosity is in life, their attention and awareness of the smallest things they scratch for in the dirt, to the sounds of hawks overhead amazes me. The way a good rooster treats and watches out for his hens has humbled me.
That's all I want to say tonight.
Perhaps we shall miss chickens so much that we will figure out a way to keep them safe from critters who live around us. I hope so. But for now, we have these three left and I have little hope for their survival. 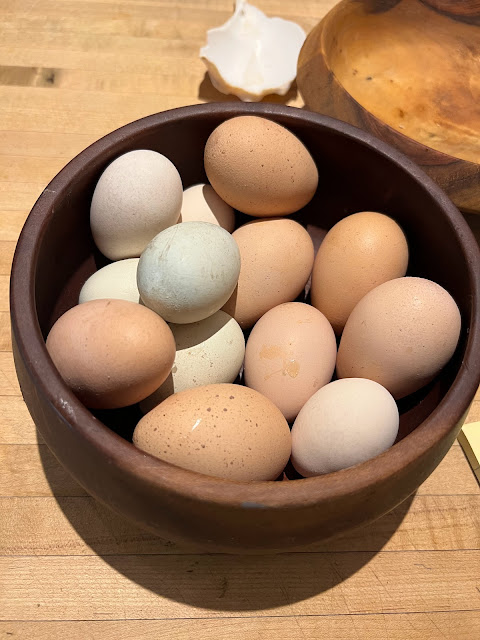