Why Can't He Just Go Play Golf And Leave Us Alone? 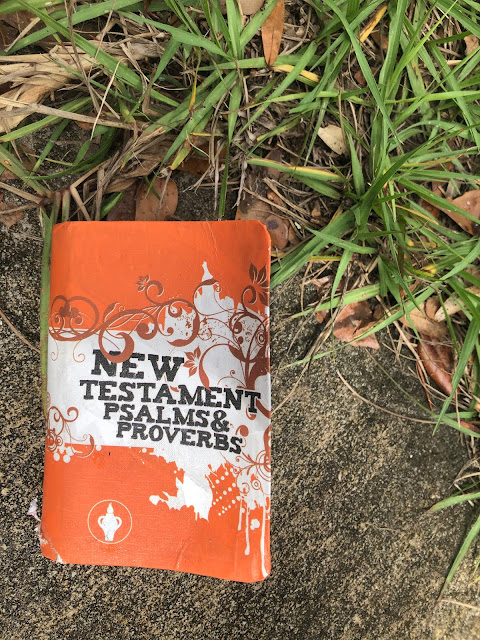 That was on the sidewalk this morning when I walked down to the county line and it was not there when I came back which leads me to believe that it had fallen out of the pocket of a guy riding his bike on the sidewalk the opposite ways I was walking and that he picked it up on his way home. As we crossed paths twice he gave me a huge smile and greeted me cheerfully and honestly, I think my neighbors are mostly happy about the election and as everyone keeps saying, there is a lighter feeling. Yesterday there was so much enthusiastic waving. We old ladies waved at each other until our arm flaps jiggled like a flag trying to fly off its flagpole in a high wind.
Sweet.

But here's the best- the two neighbors of ours that had Trump signs in their yard or at the entrance to their driveway appear to have taken those things down. They are GONE, baby. As I have stated, my next-door neighbors have had a Trump sign up for about five years now. They were early boarders of that terrible train. They did replace their old one for this year's campaign so it wasn't the same sign but it was a Trump sign and you know how much that thing has griped me all this time. I could not believe that those signs were down and I wondered if they'd taken them down themselves or if someone else had relieved them of the chore. I checked out the rear window of my next-door neighbor's car and damn if her "Women for Trump" sticker hadn't been scraped off. So I'm thinking they did it themselves.
Of course, as a friend suggested, they could be just deathly afraid that "Antifa" is going to come and massacre them in their sleep. I feel certain that Fox news is on in their house 24 hours a day and there is no radio host spouting Qanon theories too far right for their sensibilities. So who knows?
But the bottom line is, I don't have to look at those signs any more.
Thank you, Jesus.

And in the spirit of that, I laid down the sign I did not take out yesterday because dammit, it is NOT in someone's yard but right where the Welcome to Jefferson County sign is so that's county property. It's still there, as is the other one I pulled up yesterday, but they are on the ground, flat and unable to offend passersby.

And so I have been feeling mostly cheerful today and went to town to do my shopping early in the week because who the hell knows if we're going to have a hurricane by the weekend? I'd just as soon not get caught up in that sort of preparation frenzy. I'm probably being silly but whatever. Shopping is done. Plus, I got a flu shot at the Publix and so that's done too.

While I was in the car I listened to some of an NPR interview with a NY'er writer who was discussing how many things Trump could be convicted of after he leaves office and no wonder he's doing everything he can to prevent that from happening. He's doing everything he can to throw monkey wrenches into the process of allowing Biden to prepare for the office to which he was elected which only makes him look more desperate, oafish, and criminal. Not to mention low-class. 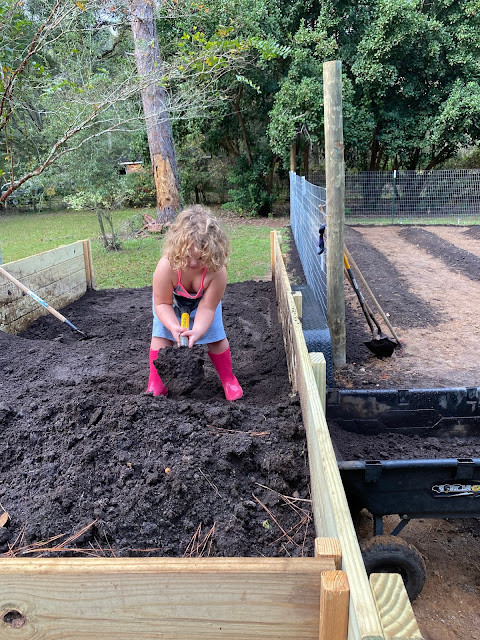 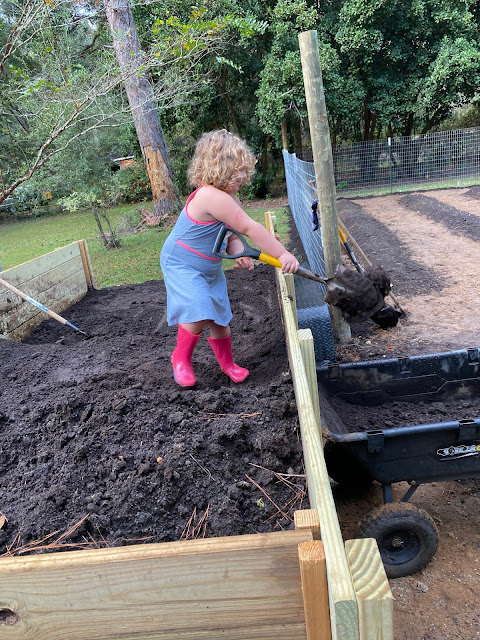 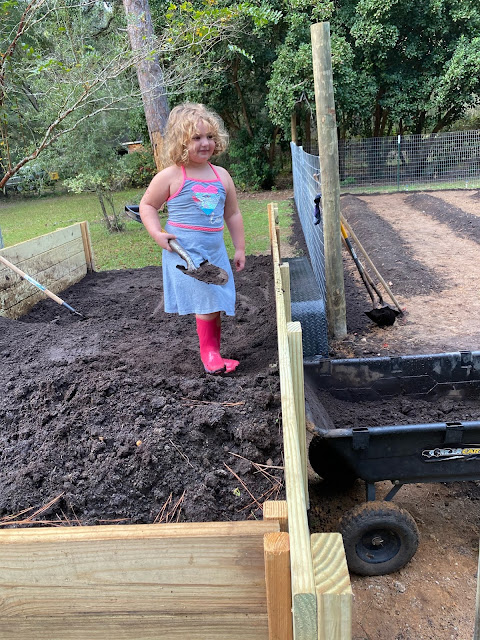 That's our Woman Baby, helping with the garden and looking darn good while she's doing it.
Tonight's supper is going to be a bit labor intensive so I better get to it.
Love...Ms. Moon
Posted by Ms. Moon at 6:15 PM