Ten Years Old, Y'all. How Can This Even Be? 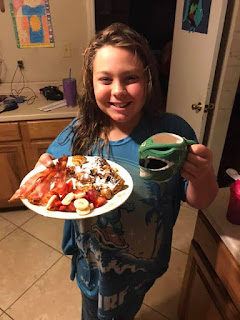 This is what Owen looked like this morning when he woke up on his tenth birthday.
Ten years old.
Can you believe it?
Some of you have been visiting here that long. Or longer. You remember these pictures. 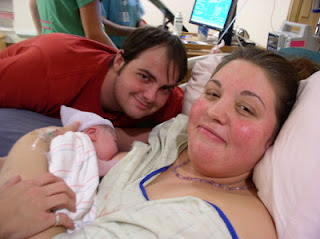 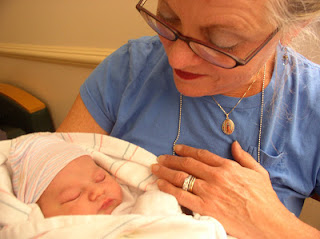 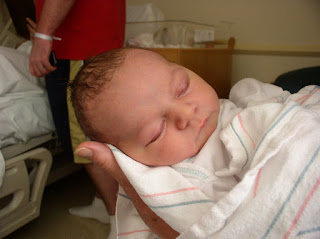 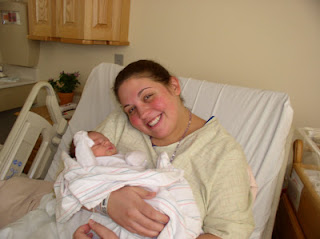 And the beautiful day they were taken.
When my baby became a mother. When Owen made me a grandmother. When that which had begun so many years before when Mr. Moon looked at me with a twinkle in his eye became a sort of fulfillment which I never could have even imagined. 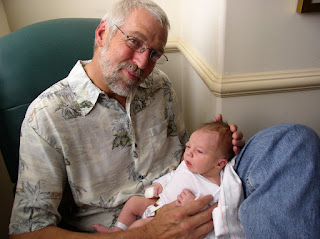 Ten years since that day. And here he is, a very tall boy with his own life, his own style, his own needs and wants and abilities and talents and struggles and all of the stuff that makes us who we are. 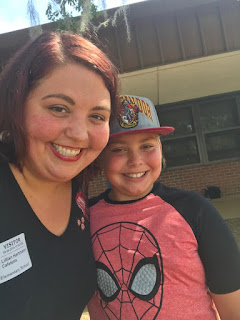 His mama went and had lunch with him at school today.
So did his sister. Could there be a better big brother? 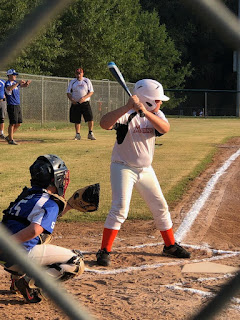 He had a baseball game this evening and I actually went. Because it's his birthday. I am NOT a sports granny and I was not a sports mama. I admit it. I went to all of the kids sporting events but it was not, to be honest, my favorite part of being a mother. But because it's his birthday, I went to Owen's game. He did great and his team won 13-5 and I survived the heat and the...sports stuff.
But ten years old! I had to be there today.
And the team sang him Happy Birthday and Lily brought cupcakes for the team and Jason and Gibson worked in the concession stand and Maggie, who was practically raised at the ball park, played and bought her own hot dog and ran around and was happy and when I took her to the bathroom she asked me to take off my sunglasses, which I did, and she said, "Oh. Yes. You are the real Mermer."
The name her brother gave me. 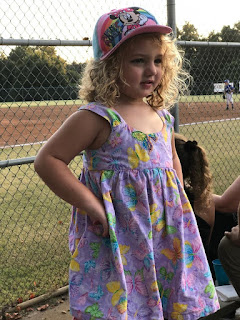 I find it very reassuring that my granddaughter makes absolutely sure that the person taking her to the restroom is indeed who they say they are.

I swear to you- it never really occurred to me that I would live long enough to have a grandson, much less a ten-year old grandson. And yet, here we are.

And because Gibson is a part of this sweetness too, even though it is not his birthday, I want to share this picture that Lily sent me.
THIS is Gibson. 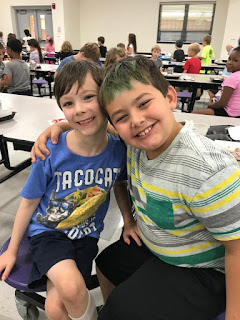 Tomorrow is Lily's birthday. In just a few hours it will have been thirty-four years since I started labor with her. As with every laboring mother, there was truly only one thought on my mind- that this baby be safely born and the travail be over and I would hold him or her in my arms. The sweetest, most miraculous moment of life.
At least for me.
I never thought as those hours passed where I was convinced that it would never end, that labor was life, my life, as my baby and I both struggled and strained to bring her to this world, that one day I would be holding her child.
And yet, that's exactly what happened.

I birthed an amazing human that day and now she has given birth to three other amazing humans. I often say that birth is the most everyday pragmatic miracle there can be. I stand by those words.
And I am so grateful, so stunned even now, to have been a part of that.

Thank you, Lily and Jason. Thank you Owen. You absolutely completed the circle of so much.
And I love you more than you will ever know unless there comes a day when you hold your first grandchild in your arms. I hope with all of my heart that you know that joy because it is a joy like none other. I want you to know you brought me that.