Woke up this morning and the wind had quit howling and Mr. Moon turned on the coffee pot and I dressed and went outside to see the emeralds and sapphires back in the water. 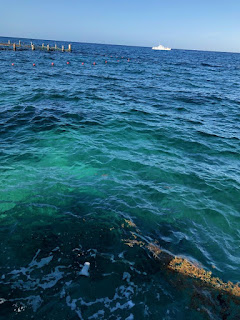 I had huevos moltulenos for my breakfast with the best plantains I've ever eaten. 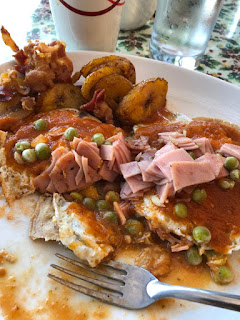 So. Speaking of food. Let me just say that my stomach is in better order since two days in Mexico than it's been in forever.
Lack of stress? Diet? Rum?
You tell me.

So. TODAY WAS THE DAY! to go rent a scooter. And we walked back into town and we got off the waterfront road and made our way through the neighborhoods and it was beautiful and we saw so many places where I would gladly live. Here's an egret we saw hanging out with a guy selling newspapers. 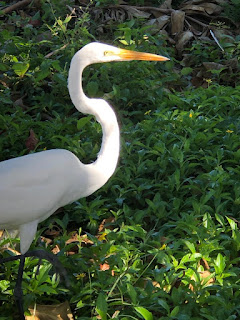 I believe they may have been in a symbiotic relationship but I could be wrong.

"I could be wrong," I told my husband today, is something that he should add to everything I say because the honest to god truth is, I probably am. About most things.

We walked past the cemetery and little stores and restaurants and houses both great and small. 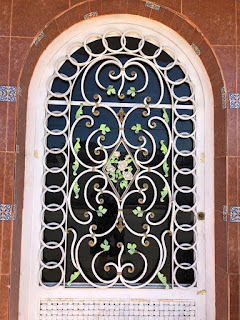 We got to town and took a break at the same little restaurant bar we stopped at yesterday and had Frescas and people-watched and fell deeply into relaxation. You know when it takes you forty-five minutes to drink a soda, you are in no hurry. No hurry at all. We didn't just watch the people but also the dogs and the sky. There is so much to see when you take the time.

Then we walked down to where we've rented scooters before and that's where we got our sweet little ride. Mr. Moon and the men there struck up a deal and then they handed over our helmets and we took off and found the lunch counter where we like to eat shrimp tortas, or sandwiches. 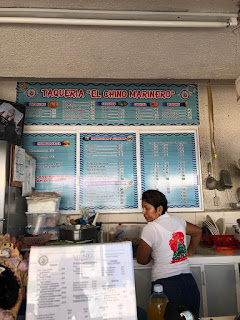 Then we decided to drive down to Playa Corona to see if Rogelio was around. Rogelio is someone we've known for all of the thirty-one years we've been visiting here and we've seen his children grow up and we've snorkeled and eaten at his beach bar for all of those years and there is no one in the world who tells better stories than Rogelio does. He is a true pirate, a true Catholic, a true Don Juan, a true lover of the corals he has been given to protect, a true character the likes of which you'll never meet anywhere else.
And he was there.
I went straight to him and hugged him so tightly.
"We are still alive!" I told him.
"Senora!" he said.
"Senor!"I said.
And it was good.
Oh my god. The stories I could tell from that one hour visit alone would fill a novel but let me just say that there were two women there, both my age or older who had known him forever, who had both been in love with him and probably always will be.
It was crazy.
We'll go back when it's warm enough to snorkel.

And then we rode back to our hotel and I do so love the scooter. I love holding on to my husband, I love the way we can smell the damp jungle as we pass it. Funk and skunk and dirt and green. It is beautiful.

Nap time and then coffee and then cards and then my cabin boy gets ice and makes us sunset drinks and we settle into chairs with the other hotel guests to watch the best moment of the day. 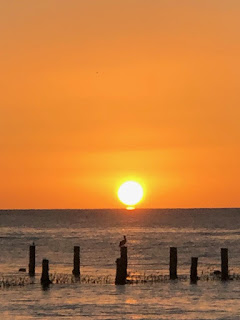 It goes so fast, once the fat belly hits the water and the pelicans settle on the posts and there it is- the absolute most perfect ceremony there can be to give tribute to one more day of life on this planet.

We got dressed (and yes, I am using the eye-shadow and it is so fun) and got a taxi to town where we ate at a restaurant where we've eaten many times. There is always a good mix of tourists and locals there, couples and entire families with babies and children. And at Christmas they always have a huge display of such incredibly diverse nativity and somewhat-maybe-not-really-but-sort-of-nativity figurines in a large display in the front of the restaurant.
There are wise men and angels and Mexican scenes and cows and chickens and pigs and geese and dogs and cactus and elephants and camels and, and, and... 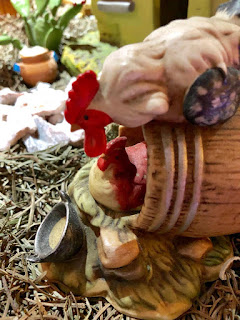 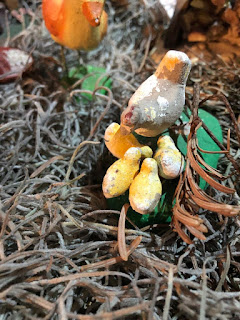 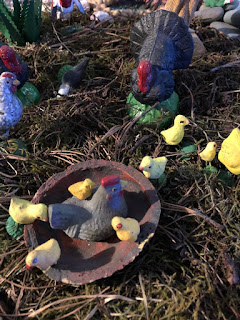 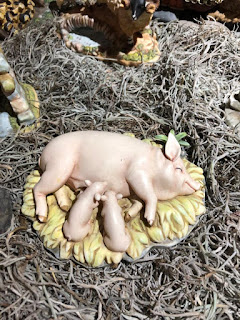 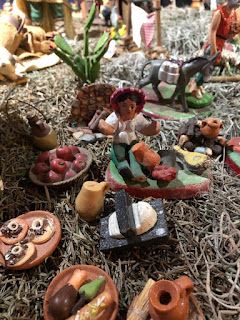 But the crazy thing about it all was that THERE WAS NO BABY JESUS IN THE MANGER! 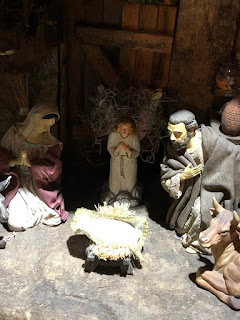 Someone had obviously stolen baby Jesus.
Mr. Moon was so upset. He wanted to go buy a new baby Jesus to put there or at the very least, put a baby pig or chicken in the manger. Some sort of baby!

We did none of those things. It just didn't seem to be ours to do.
And I refuse to make any sort of metaphor for this. I just can't.

Instead we walked through the square and saw the children playing, the lighted fountain shooting waterworks of color into the air, and then got a taxi and drove back to the hotel where we are ready now to go to sleep.

Another beautiful day in Mexico. The air is cool and soft tonight. The moon is as full as new mother's breast.
I could not be happier.