Chickens And Babies, Same As It Ever Was 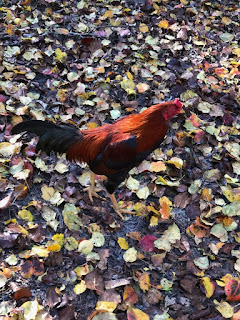 There's Ringo, posing in a spot of sunlight in the fallen Bradford pear leaves. I guess I might as well give in to the idea that he and Viv and Vera have gone rogue. I wonder if he's plotting to get Dearie and her babies to join him in a flock all of his own. A jungle fowl flock. It would definitely be a coup in that he'd suddenly have eleven members although how many of the eight juveniles are female is far from having been determined yet.
Time will answer all of these questions, I am sure.

Clear and cool today. It froze last night and this morning the rain which had frozen on the leaves thawed and dripped and dripped which was a disconcerting sound as the sun shone so brightly.

Jessie and the boys came out and we asked them if they'd like to go to Monticello. Levon had no real opinion in the matter but August said that he'd like to go to Cello. And so we did. We stopped at the beautiful little library which always seems terribly empty of patrons. They even had the new Barbara Kingsolver novel in the New Fiction stacks and I would have checked it out but I'm leaving for Mexico a week from tomorrow and already have books I'm reading. The little kid rooms are just charming as hell and I do not understand why they are not more utilized. There's one room with wonderful books and a puppet show theater and bean bags and a two cozy big chairs and a small table and chairs and stuffed animals. 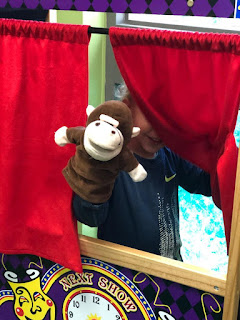 There's a bathroom for small people and a nursing nook with a comfy chair and even a baby gate on the door so that the littles can't escape while Mama (or Daddy or Grandma or, or, or...) is busy tending other children. There's another room right next to it with some computers with games for children and a big activity thing on the wall and soft blocks for babies and small children. 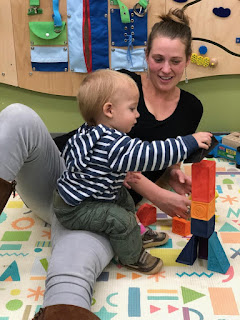 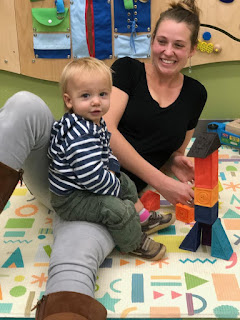 We read a few books and August played around with the computers and I followed Levon around the main part of the library as he explored. I have mentioned the librarian there and I always love seeing him. He is a huge man with dark skin and Levon stood and stared and stared at him today, taking him in as he does with strangers. He is the sweetest man and he called Levon by name and tried to get him to high-five him but Levon was a bit overwhelmed. He is a shy boy, or at least a cautious one and besides that, the poor child is getting about six teeth in at once right now and I can only imagine that this must be a miserable thing to do. Molars AND incisors.

After we had finished with the library we of course went to The Rev for our lunch. The server asked for our drink order and August said, "I'd like some french fries."
He got some french fries. And fish and shrimp and vegetables and he was quite well behaved. So was Levon. He sat in a high chair almost the entire time and ate the same menu as the rest of us.
After lunch, our routine is to go visit Wag the Dog, the Humane Society thrift store. Always a trip. August glommed on to a Star Wars laser weapon which had no batteries in it but that certainly did not bother him at all. Levon discovered the joy of crawling under racks of clothes to appear on the other side of them and there was much merriment there. Jessie found a few shirts and jeans for the boys and for once, I did not find one thing that I felt was worth bringing home with me.

Jessie dropped me off on their way home and I told August that I really appreciated him coming out to see me. I told his mama the same thing.
It is absolutely a sort of miracle to me that my children appear to like my company. I surely do love theirs. Every one in my family is so very different but the one thing we all have in common is a wicked sense of humor and, well, a liberal outlook on life as well. It really is the blessing of my life that my family is so close, so supportive of each other, so funny and loving and smart. No one can make me laugh like my kids can although my grandchildren run a close second in that regard.

Lucky. I am so very lucky.

And I never forget that for a moment, even in my darkest hours.

And just as I told August this afternoon- I appreciate all of y'all coming here to see me. So much. So very, very much. We may be different in many ways but somehow, we all connect with our hearts and that is the very best way in the world to connect, the truest and purest of all.