Don't Ever Touch Anything That Looks Like Donald Trump's Hair, Plus Other Stuff, All Somewhat Accurate

So I was out there picking up and raking up limbs and twigs and pulling some oak and cherry laurel sproutlings and also dewberry and Virginia creeper vine when I came across this. 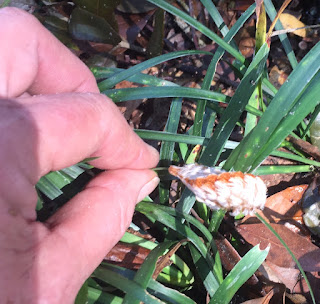 Not a great picture but I thought, "Oh, that's so cute." It was a fuzzy little caterpillar and I sent the picture to Jessie and Lily who both immediately wrote back to inform me that I should NOT TOUCH IT and Jessie sent a link to an article entitled "Mom Hears Bloodcurdling Scream, Finds Boy Stung By Poisonous Caterpillar."
Did I know about this creature and have just forgotten? It all seems vaguely familiar but anyway, after reading the comments on this article, I don't think I'll forget. Many of the commenters seem to agree that it's like being stung by 100 bees at the same time and thank-you, I'd rather not. Spasms, puking, and "a lump the size of a grapefruit" are also mentioned.
It's a "puss caterpillar" and it looks like Donald Trump's hair. The adult version is the "flannel moth."
Here's a better picture which I did not take. 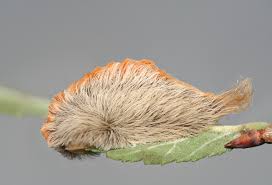 Now I'm sort of afraid to go outside. They can drop out of trees and bushes onto you, they can hide beneath a tree like that one I found, they can rest on a chair or a tarp or anything outside which the unwary person then picks up and...
I don't know why this is freaking me out so much but it is and now I have psychosomatic itching all over my body like you get when you find out your kid has head lice which is a whole other story but I think I am allergic to the fear of being stung by the puss caterpillar which may be a new one for the books.

Okay. Here's something I found on FB that made me laugh. 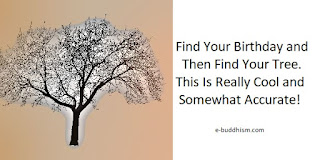 I mean sure- go ahead. Figure out what tree you are and read what that means. IT'S SOMEWHAT ACCURATE!
What the fucking hell?

Here's another piece of information: Owen cut his own rat tail off today. Just cut it off and threw it in the toilet. That sucker was halfway down to his waist. His mother reports that he just didn't want it anymore which is the very best reason to cut it off.
That's my boy.

So, for a Sunday this has been a pretty good day. I did indeed get the front yard sorted out and I cleaned up the sidewalk area too which still had downed limbs and twigs on it. Only took me a week! Can you believe that it's only been one week since that storm did what it did, which thankfully wasn't much?
I can't. I bet the people in the islands and Cuba and Key West and Miami can, though.

Here's another other thing. Yesterday there was an opinion piece in the newspaper written by a local "lay minister" who asked the question "Where Was God During The Hurricane?" And then answered it with typical religious apologist bullshit basically saying that God does not punish us for stuff (Jesus already took care of that part) but does indeed offer us experiences which allow us to prove our faith and which can be a sort of divine discipline. I found the article so ridiculous that I sent him an e-mail (his address was given at the end of the article) asking about the innocent babies and children who had died or lost their homes during the hurricane and whether God thought their faith needed proving or if they needed some of that discipline and he sent me back an e-mail saying that he would respond to me when he got to a "real" keyboard but so far, I guess he hasn't. Gotten to a real keyboard, that is.
I don't know why I do things like that. It doesn't help anyone.

I'd like to comment on Trump retweeting a tweet from a user called @fuctupmind and I'm sure you've seen it but if you haven't, it's a "joke" wherein Trump hits a golf ball which then violently hits Hillary Clinton. Why is this man still in the White House? Why isn't he in jail?
Who knows? Not me.
It makes about as much sense as a caterpillar which looks to be designed to make little children want to pet it and which then sends them to the hospital in unbearable pain.
Which is yet another example of intelligent design. Intelligent for the caterpillar, at least.

And to end up here, finally and at long last, after I discovered what a horrible creature that caterpillar is, I tried to find it so I could kill it. I did. I really did.
But it had disappeared.
Don't know if I'm pissed or relieved.

I'm going to go make a salad.
Talk to you tomorrow.