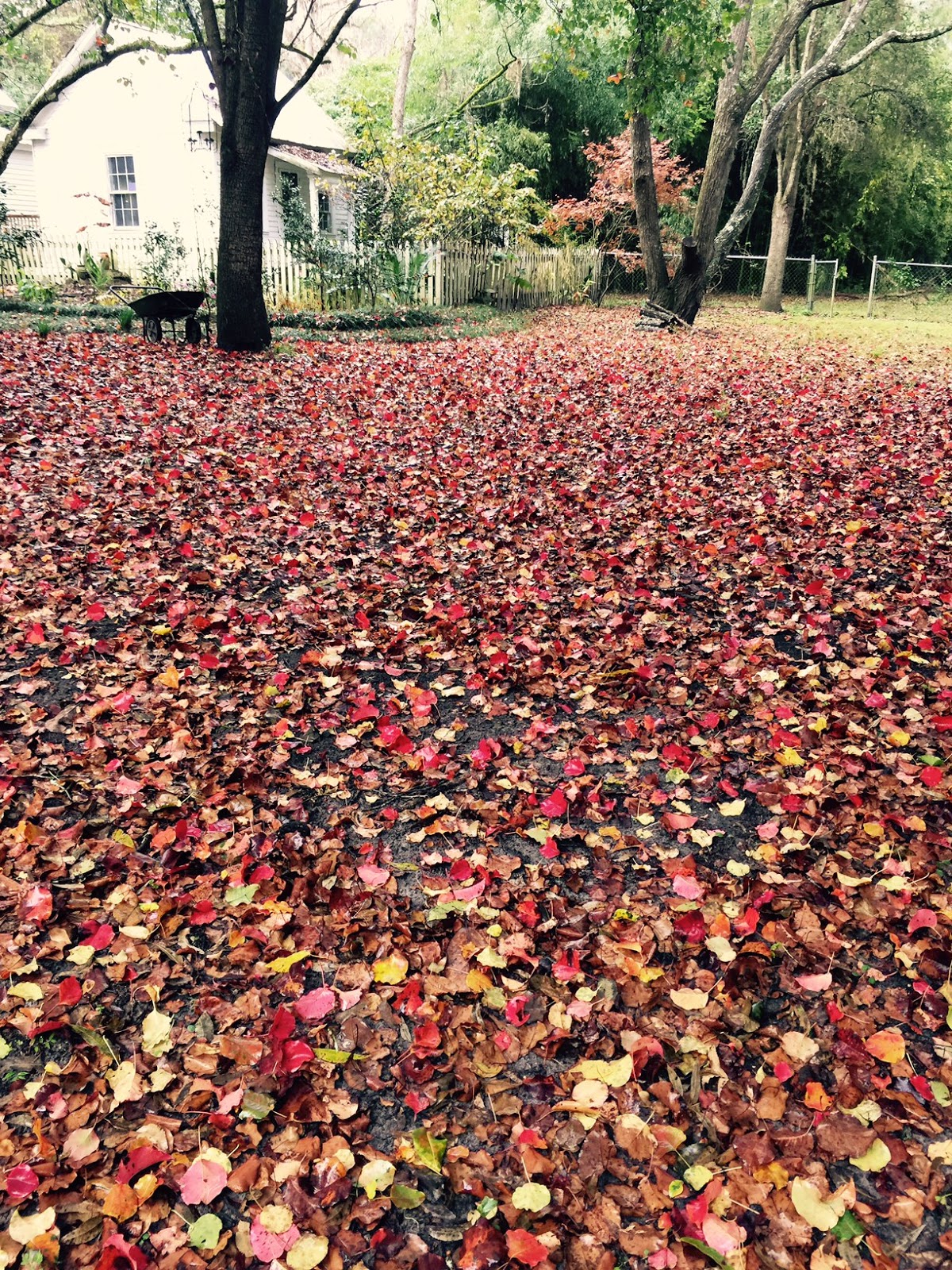 That's what my backyard looks like this morning. And no, I do not rake up my leaves. What's the point? I'd rather have a crimson carpet than bare dirt which is mostly what's under there.

Very odd day. I woke up at six-thirty and the power was out. It was thundering, drizzling a little. Maurice and I went back to sleep and when I woke up at nine, it was back on but still thundering, still drizzling. I'm a lazy ass. So what?
It's seventy degrees here today. This is just odd. The air's as dense as pudding.

I did a bad thing last night. I ordered that purse online. Why did I do that? I should have ordered boots. Boots and a purse? Oh Lord. Who knows? Perhaps I am trying to subtly let Mr. Moon know he should not go away and leave me to my own devices. I swear to you though- if I do not ABSOLUTELY ADORE the purse, I am sending it back. And now on Facebook all of the ads are for that purse and it's creepy and weird and they are watching us and mostly that doesn't bother me but sometimes it does and goddammit, if they know enough to show me the purse, don't they know I already ordered it? Of course they do. Do they think I need one in every color?

I think I should have a smoothie. My fruit consumption has been sorely lacking. It's been too cold to drink smoothies but today that is not a problem. I feel slow and heavy and still a little in my dreams. And now a curtain of rain has suddenly descended and it will be good to make cookies with my boys and my god, the rain is beautiful.