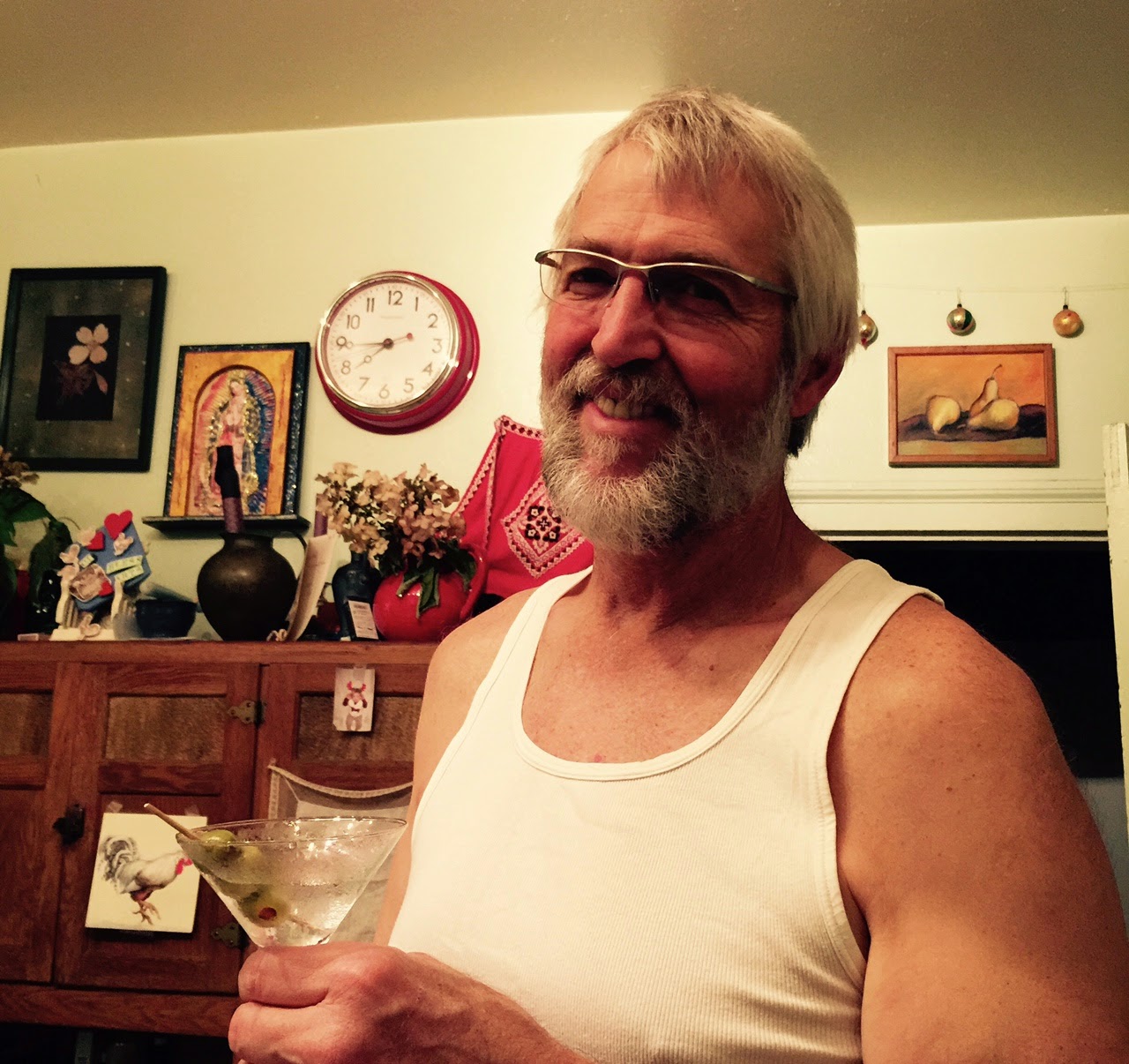 He had a terrible flight and lightening actually hit the little plane they were in and and when he came through the gate I jumped up and ran to him, he looked so beautiful. He was the first one off the plane. I had thought I'd be all cool and shit and saunter up to him but I couldn't help it, I didn't even think about it. I just ran.

So he drove us home through the dark rainy night and we talked about all the things that have happened in the past ten days and he's not even mad about the kitten but only curious and sweet and he did not shoot any deers or anything else but he got some good pictures, including one of a lynx he saw.

And now he's unpacking and I'm going to cook him rock shrimp and make a salad from greens I picked in the garden this afternoon and I think he's glad to be home. Well, he keeps saying he is. It's about ninety degrees warmer here than it was where he woke up this morning and he's having a hard time adjusting. It's lightening and thundering and raining again but all is cozy here and now he's seen the kitten and he says that yes, it is the cutest thing ever, and Maurice has greeted him and all is well.

All is very, very well.