A Muddle Of A Day

I've been so lazy today and stayed inside and felt worthless and took a nap and finished reading a book in the bath and it took all day for the heat to get the temperature up to 62 degrees in the house which is yes, a very tolerable temperature. I have not been cold. I have also been re-informed that no good deed goes unpunished.

I hadn't heard the kittens all day and I had placed the trap on the porch, still set to spring because let's face it- although it is a very simple mechanism and Brian showed me how to do it, I figured that I might as well leave it the way it was but without any food or anything in it because if the kittens did reappear I might try to use it again and of course, Maurice, being a cat and curious, got in there and sprung it and I think she was traumatized because she won't go outside and although I have given her the most tempting of treats, she shows little interest in them.

Anyway, I have fruitcakes in the oven, two loaf-pans full and several small round ones and a chicken pot-pie that I made myself and the house smells lovely again but it's of no real source of happiness or contentment to me tonight. I creamed butter and sugar and added my hen's beautiful eggs and vanilla and lemon extract and flour and baking powder and salt and mixed all of that into a huge bowl of candied cherries and pineapple and figs and golden raisins and apricots and pecans and it was so huge I had to take my rings off and mix it by hand. 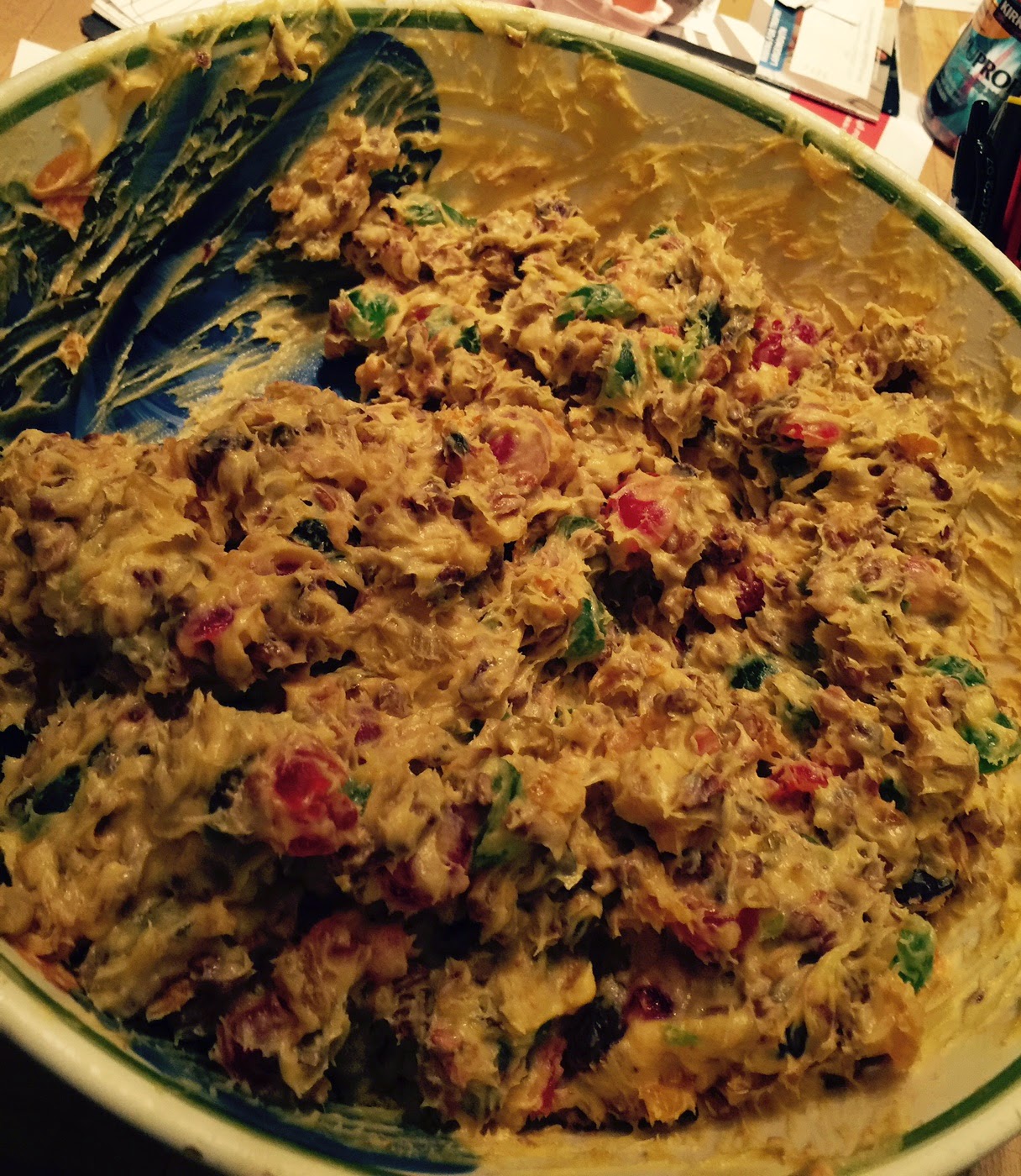 A beautiful thing which has happened is that more of the Frank Baisden story has been given to me. For those of you who do not know, Frank and his wife Kay lived in Roseland and were friends of my grandparents' when I lived there as a child and I have several of Frank's paintings, given to me by someone who found me online via my blog. Frank was a hell of an artist and he and Kay were very much a part of my growing up years. I have spoken about them and their property and now much I love it and how I have always dreamed about living on it and anyway, a woman who knew them well as a child and who now lives on their land on Lookout Mountain got in touch with me and we have been communicating. Frank and Kay were her surrogate grandparents and she was with Frank when he died. It's a very long and convoluted story but it turns out that one of Frank's paintings 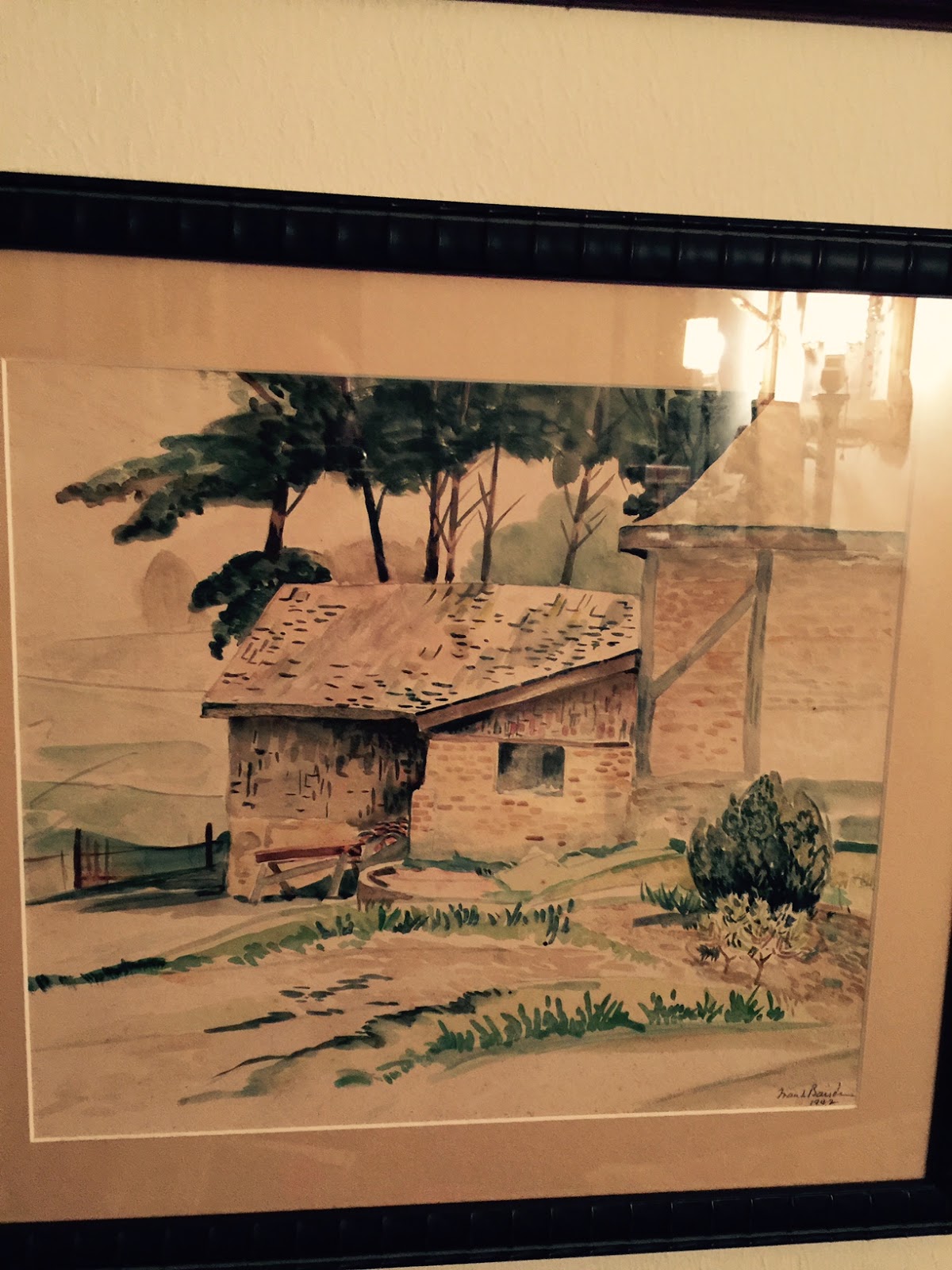 which was gifted to me via the internet connection is actually a picture of Frank and Kay's house on Lookout Mountain. 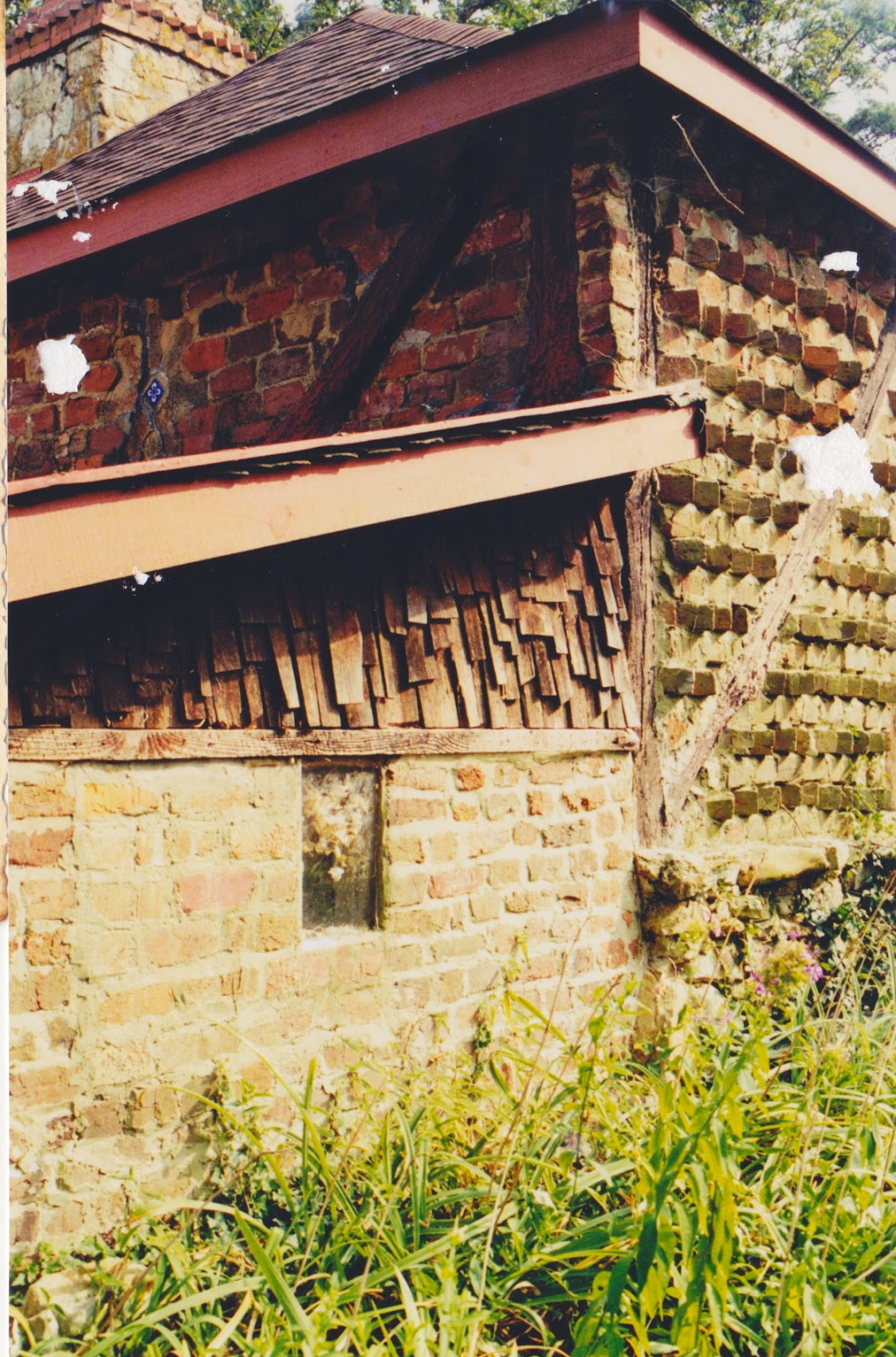 There is more. So much more. But as Hank said when I forwarded him the e-mail from this woman whom I'm in communication with, with the message, "It never ends. Dang,"answered, "Well someone's writing this story but I dunno if it's us."

And this woman, Julie, sent me a picture of Frank and Kay. 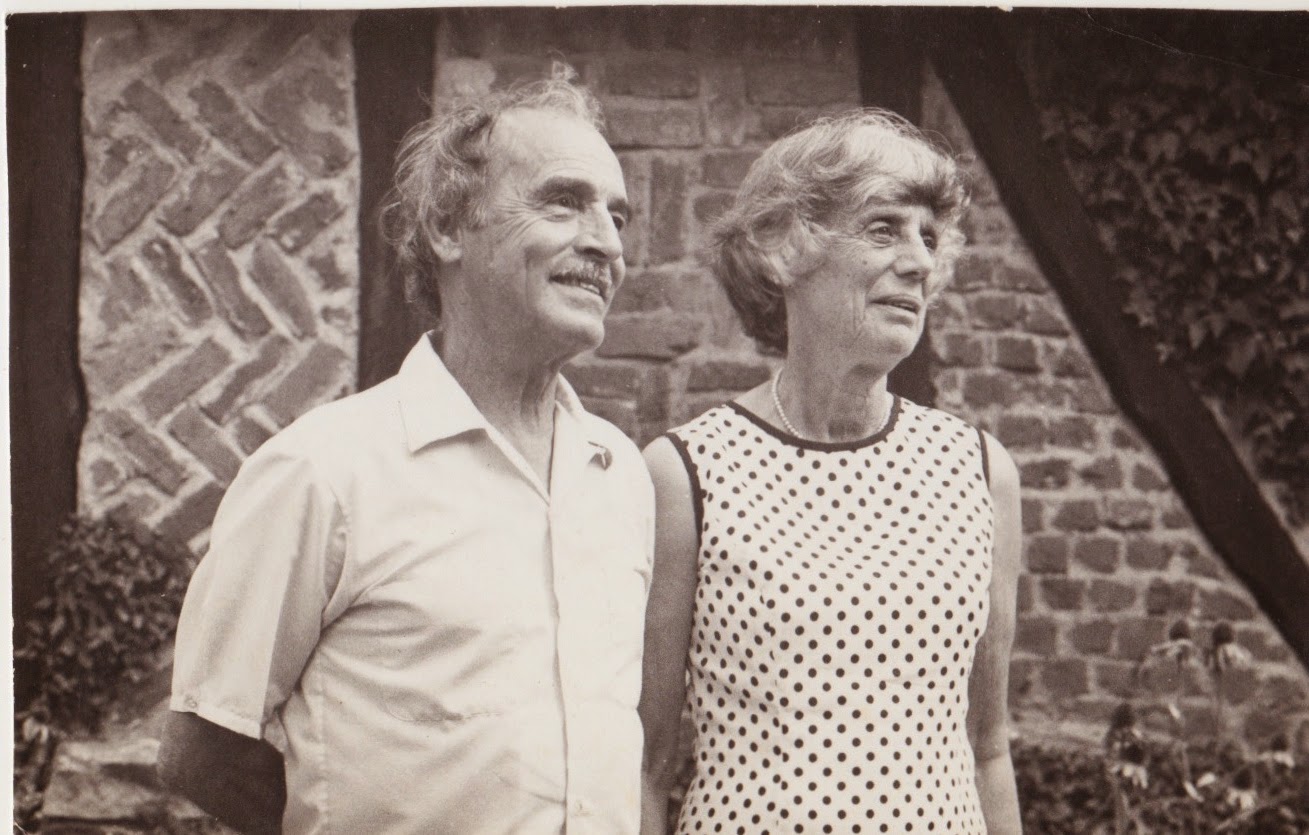 Say what you will about the internet. It has brought me magic and knowledge.
Aren't they beautiful?

And even as I write this, Frank's sunflowers which he gave to my mother as a housewarming present smile down on me. 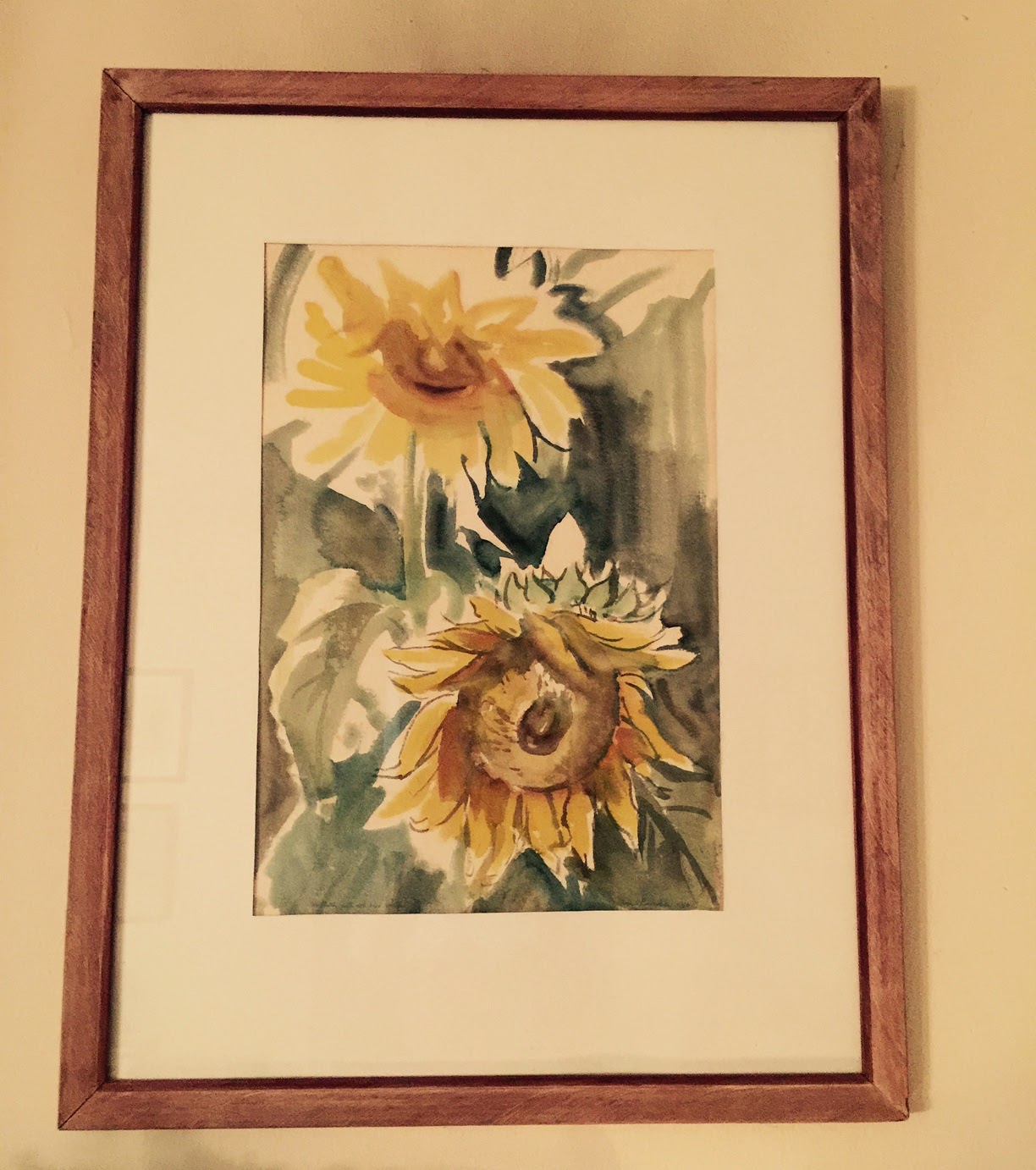 A muddle of a day. But perhaps one that I needed to live.