Time To Put The Hot Sauce On The Table

I am so tired but it was a lovely day. Being in a room with at least a dozen gorgeous babies and their pretty mamas was about the nicest thing I could imagine. Little Magpie got weighed and ate and got weighed again. 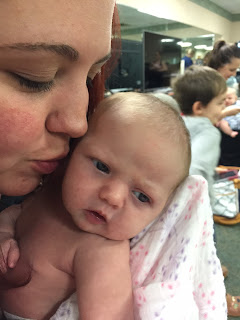 And then she fell asleep.
Jessie and August came in from Mama-Baby yoga and joined in the fun. 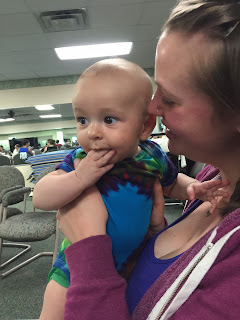 Little guy wasn't really hungry but since it was breastfeeding class and he was offered the option, he took it and then he spit up. A lot.
As one mother said, laughing, "He looks like a frat boy who can't hold his beer."
It didn't bother August but Jessie had to go home and change her clothes.

We went for lunch and of course this happened: 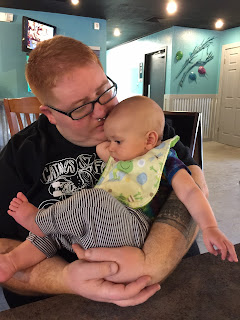 We decided that there should be an entire Facebook page of nothing but Hank Holding Babies.
We'll work on that.

We went to Costco and I shot around the store frantically, trying to figure out what to make for supper. Did I want a huge chunk of salmon? Four pounds of chicken breasts? A Vat O' Ravioli? Thirty-six dollars worth of sea scallops?
What? What? What?
I couldn't figure it out but somehow I still managed to spend a hundred dollars.
We won't need beer for awhile, I can tell you that. Or canned black olives. Or frozen blueberries.
Yeah, I guess it all adds up.
I did NOT buy the dark-chocolate covered coconut although I wanted to. That shit is crack.
"Mama, it's health food!" said Jessie.
I rolled my eyes and walked on.

Tomorrow I'm going to meet up with Lily and Owen at the orthopedic clinic to get the pins taken out of his arm. He's still going to have to be in a cast for awhile. He's looking forward to being cast-free although he doesn't really complain about it much. He wants to ride his bike up and down his road with his daddy. And be able to hold his sister better. Gibson wanted to hold her today and I helped him and after about two seconds he said, "Okay, you take her."
They are both excellent brothers.

And now I'm waiting for my husband to come home and oh- here he is- his truck just pulled into the driveway. He's going to be getting garbanzo bean soup and bread for his supper.

I better get off this chair I am sharing with this beast. 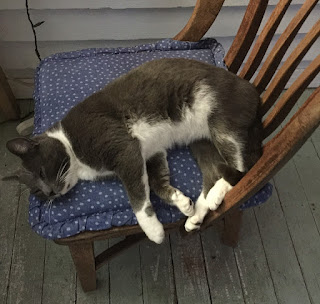 He's been making furtive forays into the house, daring to cross the threshold to see if The Lurking House Monster kills him before he dashes back out. He's been hanging around for days now, those balls still intact. Maurice accepts him as does Luna. They're all pretty chill around each other. And he doesn't chase the chickens so he's welcome to eat here and share my chair.

Another good day and all is well, night has fallen, the chickens are up, and there's a bird calling I've never heard before in my life.