The Business Of Sports May Come To Lloyd. Plus, Pictures

So. I went to the meeting which was held in the old Woman's Club which is a beautiful old building. 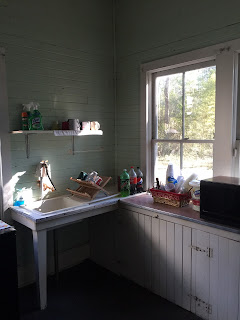 They used to teach cooking and canning and various other lessons from this kitchen. 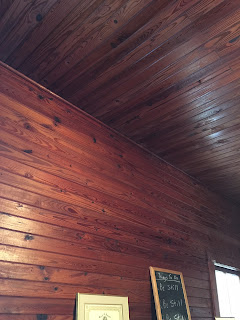 The interior is all pine boards. Isn't it gorgeous?
It's used now primarily as a spot for AA meetings but today our county commissioner was there along with the project manager for this proposed sports thing and the property owner who owns the truck stop as well. About fifteen of us showed up and a lot of things were explained but I'm still hazy on details. The facility will be a huge indoor place for regional amateur sports tournaments, based on this new thing where every parent believes that their child can grow up to be a famous ball player or gymnast if they just start training and competing soon enough and I gather that's a huge business now.
Poor kids.
Anyway, the land is being cleared (and supposedly, it's all planted pines which are at their peak to be cut anyway) and the property owner seems to want very badly to be a good member of the community and if this thing does work, it will certainly bring revenue to the county as well as jobs. The words "family friendly" and "due diligence" were repeated frequently. Of course we here in the Lloyd "historic district" want nothing at all to destroy our sweet little nest but most everyone there agreed that this could benefit the county tremendously. There was one very tight-lipped woman who is definitely not in favor of the deal and she had her say.
I don't really know how I feel and there is much to be done before things start being built. Contaminated ground under the truck stop (from things that went on back in the '70's, not with the current owner) has to be taken care of and a lot of other things I don't really understand. The county hasn't approved it yet and there will be more meetings, I am sure.

Anyway, by going to the meeting I did my own due diligence I suppose. Part of me is all for bringing good business to Jefferson County and part of me doesn't trust a soul. The older I get, the more cynical I get and that is the sad truth.

Beyond that, I didn't do much today. I made a soup. That's about it. I think this was a resting day for me. But I got sent some pictures and stole some off Facebook and here they are. 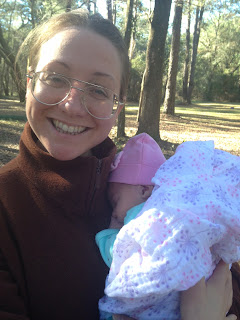 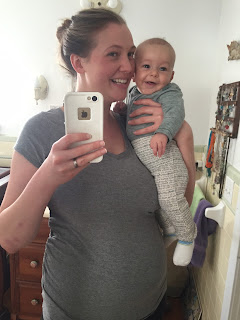 Jessie and August after they went to yoga together today. I think August liked yoga! Also, his yoga attire is very nice, don't you think? 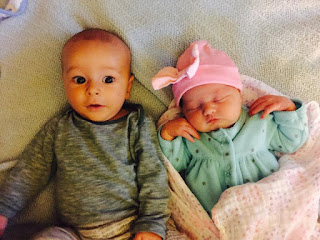 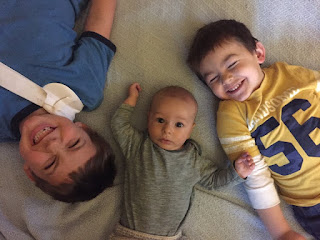 The boy cousins. They look to be in good moods.

Okay. I'll stop now before we all need to take some insulin.

Are you going to watch the State of the Union? I am. Gosh. It's so nice to have a president who can speak English in complete sentences.

It's a good night for soup. Stay cozy.