Woke up to the news, as so many of us did, that David Bowie passed away last night.
One never knows how the death of a celebrity is going to affect us. For me, Bowie's death was a sharp punch in the gut. Perhaps because he never seemed exactly human to me, I had not ever considered that he would suffer a human death.
Silly. I know.

As Hank said on Facebook, Those eyes. How did he ever expect to pass as human? Poor Iman, left all alone on this planet.
And as Togi said, We just lost one of the only 2 "heterosexuals" cool enough to be "Queer." Prince, you better take care of yourself!

What a time that was when roles were being busted by a few who had the courage to take their differences and make art and magic of them. None of us could help being affected, at least in some small way. Some of us in huge ways.

I am thinking of all of that on this most beautiful of cool, North Florida days. It took me a long time to force myself out of the house, ice on the birdbath, frost on the vine. But oh, how glad I am that I went. 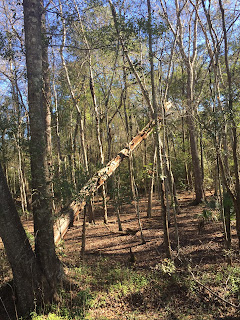 The dry swamp. One of my favorite places. 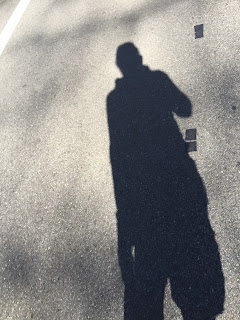 I actually took this one by accident. 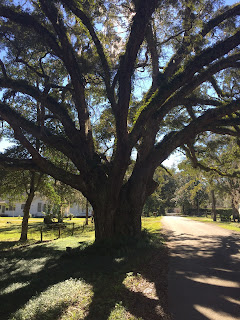 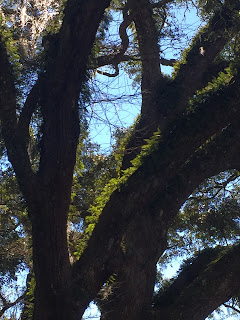 Sun shining through the resurrection fern.

Not even one contrail to interrupt the blue of the sky.

I wonder what color the sky is on the starplanet upon which David Bowie alit last night.
I hope there's a moon there which casts serious moonlight.
I feel certain there must be.

May we all dance and make magic of that which we have to make magic of. We are only here on this planet for such a short while. Oh! To live in such a way that when we die, our energy explodes into such light as I see around me today.