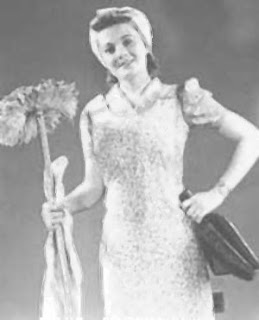 I'm supposed to be doing something like, uh, cleaning, my posts for the next few days are likely to be quite short. Which is not necessarily a bad thing.

I'd just like to say that being a housewife would probably be the best gig in the entire world if it were not for the fact that there is actual cleaning involved now and then.

When this actual cleaning is required though, I have developed something which makes it SO much easier. I call it the Housewife's Speedball. It goes like this:

Take one shot of espresso. Drink it black and drink it down.
Take one beer. Open. Drink.

Okay. Since it's only 2:18 in the afternoon, it's way too early for that sort of folderol so I suppose I best get back to it, sans any little mother's helpers unless you count the Amazing Power of Bleach which should never be underestimated. We all know, however, not to mix bleach with ammonia, which is another potent cleaning product. Ever. You will be sorry. After you wake up.

And let me say that it's the most beautiful day here I've quite possibly ever seen in my life and darn it! I wish I had my hands in the dirt.
The kind in the yard and garden, that is. By the time it's reached the surfaces of my house it has lost 100% of its enchantment.

Side note:
After doing a Google-image search for "Housewife", I have to say that there are a lot of housewives out there doing their part to keep the entire world very, very happy.
Whoa. Excuse me while I swoon.
Posted by Ms. Moon at 2:15 PM