Another day where I've just let things unfold before me without a great deal of thought or purpose. I made us a beautiful breakfast with biscuits and bacon and the freshest eggs to be found anywhere and real grits, the kind that take an hour to cook.
I had a half a peanut butter and banana sandwich for my lunch around 2:30 because I was still so full. I still feel full but I've made a pot of white bean and venison chili and have a loaf of sourdough about ready to go into the oven so hopefully, by the time it's all ready I'll have found some room for more. I picked salad greens when I was in the garden, weeding and pretending to thin plants. I think I have some sort of pathological dread of pulling plants to thin rows. I almost cannot do it and never do it adequately even though I am well aware that if I did, my plants might, would probably, get bigger and better and far more productive.
It's just so seemingly cruel to pull something that went to the trouble to root and sprout and grow leaves.

I watched the video HERE today. I'd seen the link before but hadn't watched it until a friend sent me the link too and then I did watch it and then I felt sick. It's footage of the mobs inside the Capitol last Wednesday and there's plenty there to indict Trump and maybe Ted Cruz, too. It all just seems so unreal. So theatrical. While at the same time it's quite clear that if the lawmakers had not been spirited away, there could have been a massacre. What I just keep wondering about these quite obviously fairly well-off rioters is what in hell they have to be so upset about? Is it simply because they're afraid that they're going to lose their white privilege? Is it fear of a crumbling patriarchy? Is it because "their guy" lost the election? Really? Because they think that Biden is going to let the Hollywood "elite" kidnap all the children and drain their blood? I mean...WHO COULD BELIEVE THAT?
Millions, it would seem.
And I've read that many former Trump supporters are now of the opinion that he's betrayed them but at this point that is irrelevant to their desire to overthrow the government with violence.
One guy in the video footage stands in the Senate Chamber and says, "While we're here, why don't we form a new government?"
Sure buddy, go ahead.
It is so perfectly obvious that they don't have a single sliver of a clue about what their goals are beyond assassinating Nancy Pelosi and Mike Pence and oh, yeah, probably a bunch of other Democrats. They wouldn't know how to overturn an election if someone gave them a ten-hour Power Point on it.
Another thing I keep thinking about is the difference between these mobs and the protesters of the sixties and seventies who gathered peacefully and without weapons to try and end an unjust and senseless war, to make a stand for civil rights, and for women's rights. They faced armed police and National Guard units in riot gear with dignity,  flowers, and innocence. 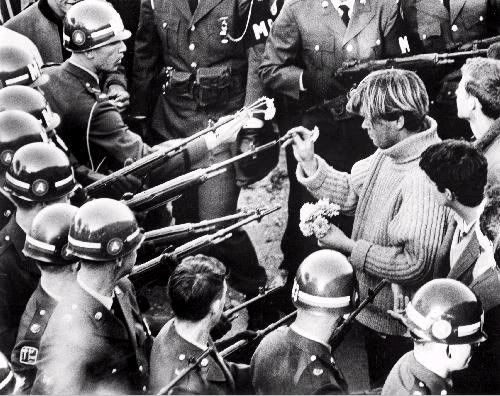 Was that because they knew they were right? Because they knew their cause was just? Unlike these ass wipes with their macho postering, the guns they carry like accessory phalli, their blustering and praying and obvious confusion, their ridiculous conspiracy theories and ideas about how a government works.
Well.
I think that Vergil and Jessie had the right idea for today which was to pack up and go on a primitive camping adventure on St. George Island. They are two miles from their car, there is no running water, and there are no bathrooms.
They look very happy. 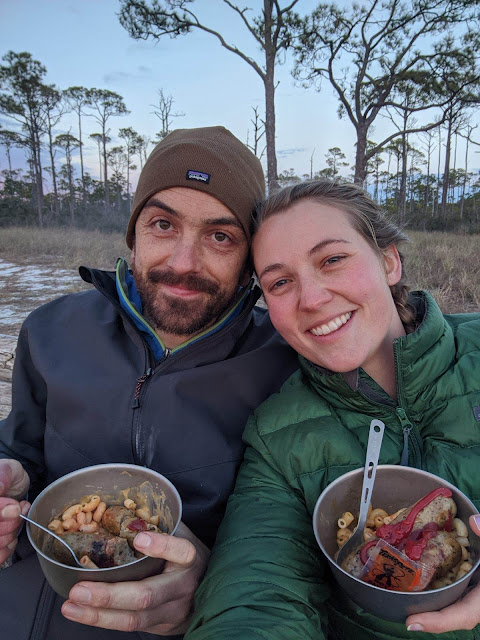 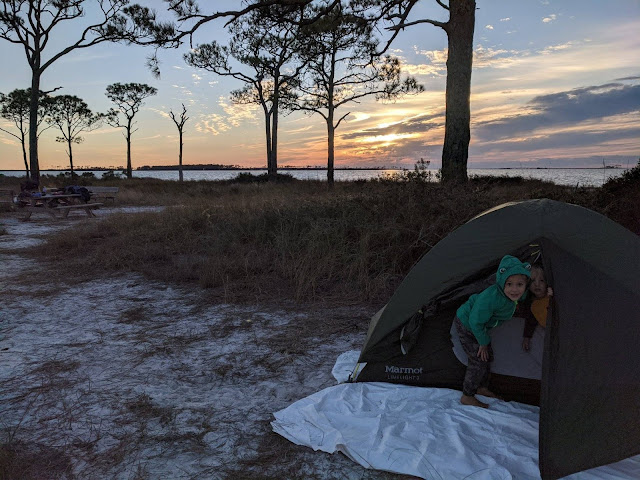 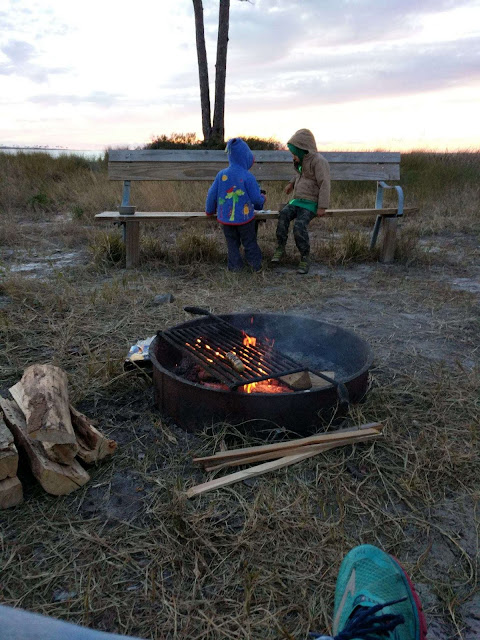 These pictures bring me joy.
As our country and the world appear to be coming apart in ways both tiny and huge, there is still this.
There is goodness and purpose and meaning and sky and water and fire and air.
Love...Ms. Moon
Posted by Ms. Moon at 6:33 PM