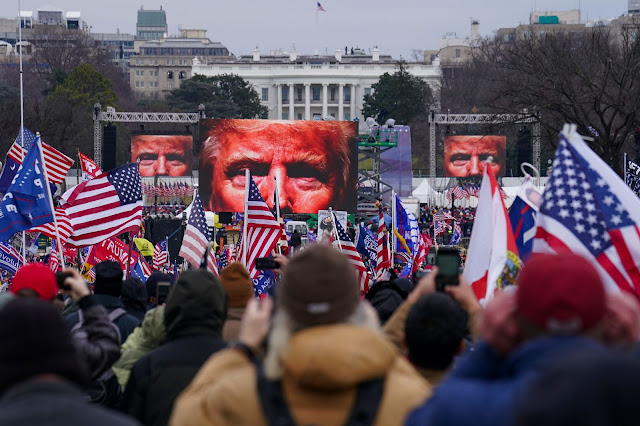 Looks like Donald finally got the huge crowd that he said he had for the inauguration in 2016. 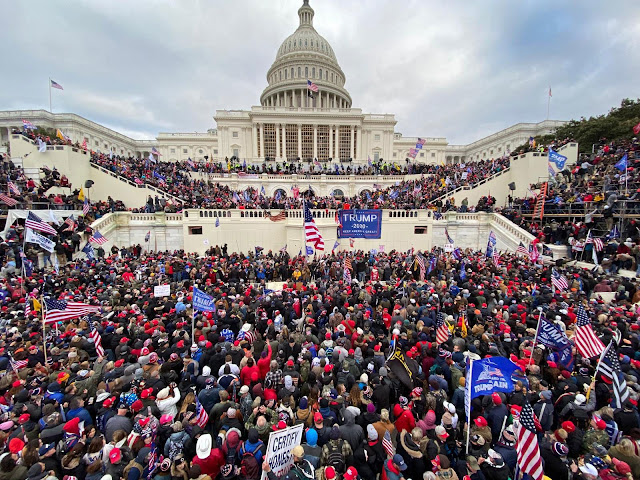 Too bad that he didn't tell them not to break into the Capitol and trash the place and take selfies doing it.
Nah. See? He was holding a rally and he told the people attending that "We're going to the Capitol!" and so...they did. Of course he didn't go to the Capitol. He got in his armored limousine and went about his cowardly, bastardly business.
I bet you any amount of money he's holed up watching the horror unfold, rubbing his tiny hands together in glee and delight.
Oh yeah. He did make a video statement to "quell" the mob. He said, "I know your pain. I know your hurt." Or did he actually say, "I know your pain, I know you're hurt"?
Hard to tell, right? Either way. He continued.
"We had an election that was stolen from us. It was a landslide election. Everyone knows it. Especially the other side but you have to go home now, we have to have peace, we have to have law and order, we have to respect our great people in law and order we don't want anybody hurt it's a very tough period of time, there's never been a time like this where such a thing happened where they could take it away from all of us. From me from you from our country. This was a fraudulent election but we can't play into the hands of these people. We have to have peace. So go home, we love you, you're very special, you've seen what happens, you've seen how others are treated who are so bad and so evil. I know how you feel but go home and go home in peace."
So the punctuation is mine from listening to the video and trying to figure it out. Never easy to figure out anything that man says and who is he talking about when he says that "...you've seen how others are treated who are so bad and evil"? He lost me there.
But I think it's quite clear that the man has truly lost his mind and that if it were ever appropriate to invoke the 25th amendment, this would be the time. So yeah, there's only thirteen days until the inauguration? What kind of holy hell can he cause in thirteen days?
I don't want to think about it.

I really don't have the words for how I feel right now. I definitely do not think of myself as a flag-waving patriot but to see pictures like this 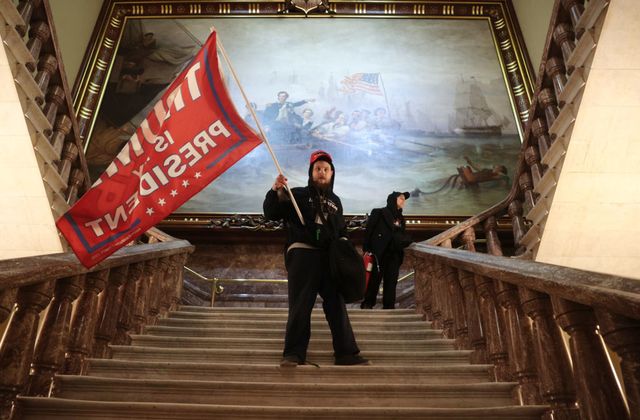 make me feel sick to my stomach. And embarrassed for our country. And enraged.
ENRAGED!
This morning the news of the wins of Ossoff and Warnok brought me to tears of gratefulness and gratitude to the people of Georgia. I was humbled at how this country can work and absolutely in awe of Stacey Abrams. I was riding those emotions when I went into Costco this afternoon and when I came out and turned on NPR in my car and heard what was happening in Washington I was stunned and horrified. 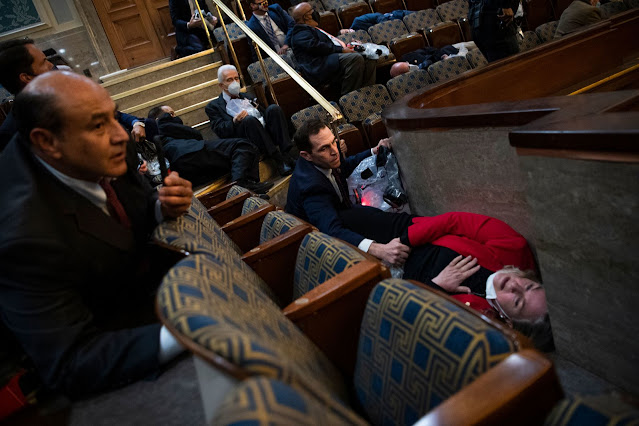 Why isn't Donald Trump in handcuffs this very second?
What have we come to?
Will this nightmare ever end?
I think it will but it's going to take a very long time. I can only hope that justice is served in the end.