The Best Day In Forever 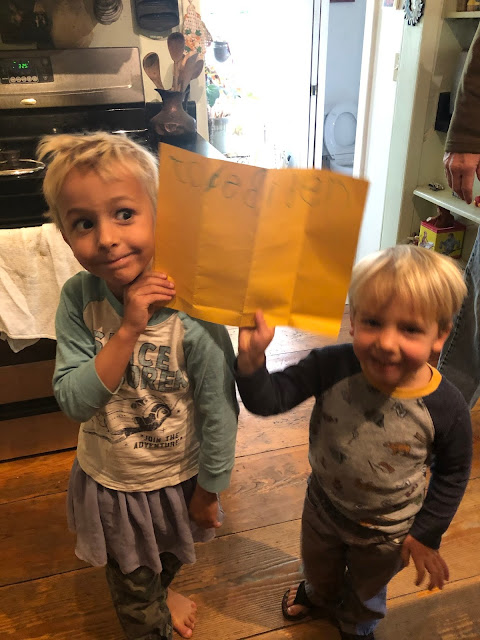 When Jessie brought the boys over this morning, August was beside himself with excitement. He handed me a red envelope and told me to open it which I did. Inside was a sheet of yellow paper that he had written "Joe Biden" on. He figured out the spelling mostly himself with help from Mama, and Levon was happy to share in the excitement.

Lord, what a day.
I don't know about you but when Joe finished his oath and I knew that Trump was well and truly no longer the president, the tears that had been flowing since I heard the Marine band start up well before the ceremony began, burst forth in full. I felt such a physical rush of relief and joy flood my body that it's hard to describe. I had cried when I saw Kamala and when she took her oath, I cried when I saw the Obamas, I cried when Jill and Joe walked down those steps. But that second when the power transferred was a different feeling entirely and all of us in our living room, Glen, Jessie, August, Levon, and I all clapped like crazy and cheered and it was as if a heavy curtain of darkness and fear had been lifted and the light was able to pour in. 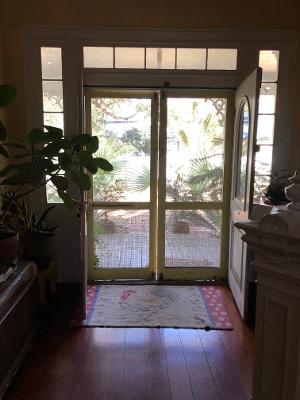 Indeed, the sun was shining so brightly here and it got so warm that I opened up the hallway doors and let the good, clean air wash in and wash through, and it felt exactly right.

I swear- if I'd had flags and bunting, I would have hung them all in red, white, and blue glory.

The inauguration went well and everyone seemed happy and I even loved Lady GaGa who gave the Star Spangled Banner her own special gold. Even Garth Brooks in those tight, tight jeans with the ironed-in creases down the legs and his uncontrollable delight in being able to acknowledge everyone he could, made me smile.

And then Amanda Gorman whose words were so powerful, whose hands were like doves, dancing to them. 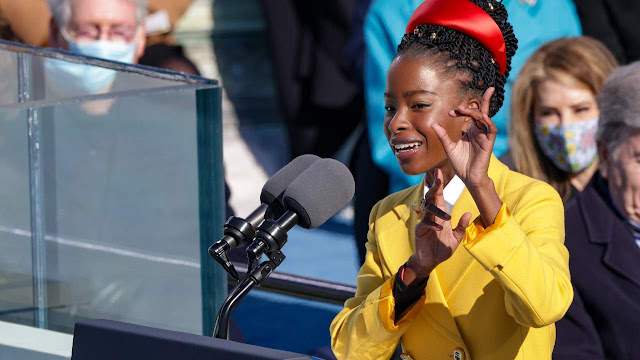 In her face I saw her foremothers and forefathers, upon whose backs this country was built. I saw the faces of young people, sitting at a Woolworth's lunch counter, stoic in the face of hatred, wanting nothing more than the right to order and eat a tuna salad sandwich, an ice cream sundae. I saw Ruby Bridges being escorted to school by US Federal marshals, necessary because the thought of a small Black child being able to attend the same school as white kids brought the threat of violence upon her tiny petticoated self. Ruby was born two months after me. We are virtually the same age. I remember.
I remember.
And while today was a day of such hope and such light and such joy, there were guards and the military and police everywhere having to protect not only Ms. Gorman but all of the people who were there to celebrate the inauguration of a man who has the audacity to speak against racism and white nationalism. And that fact wreaks my soul. But.
Once again, I feel as if we are headed in the right direction and although there is more healing and repairing to be done than I can even imagine, we can at least make those first steps now. 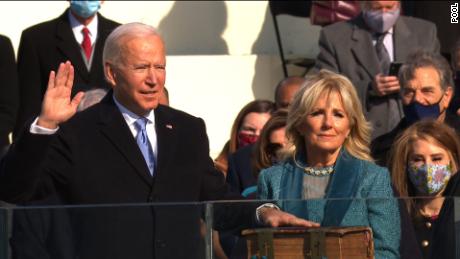 Joe's speech was great, in my opinion, and my favorite part was when he quoted Abraham Lincoln who, when signing the Emancipation Proclamation said, "My whole soul is in it."
"My whole soul is in it," repeated President Biden, referring then to himself.
That's really all I needed to hear.
Love...Ms. Moon
Posted by Ms. Moon at 6:20 PM