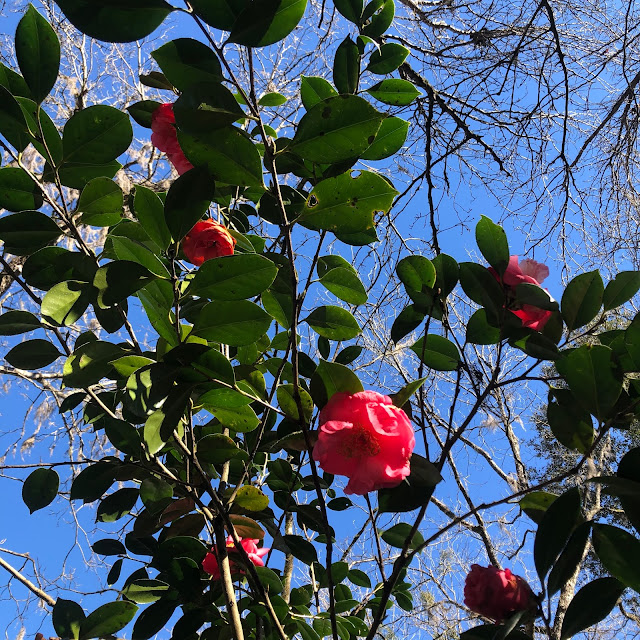 Well. That did it for me.
"We're not having this conversation," I said. "If y'all need anything, let us know." And I walked/stalked off down the sidewalk not feeling great about any of that and of course still angry and then I got sad and felt more despair than ever because it had been a very clear example of how so many people think and what they believe and it's just depressing as hell.

When I got home and told Mr. Moon all about it he said, "So are they going to come over and kill us?" I think he was joking.
"They don't have the energy to kill us," I said.

And all day I've felt sort of dead inside like the human race is doomed and also that when she went low, I did not go high, but it would take a better human than I am to not have gone where I went. I simply should not have engaged her to begin with. I should have offered her help if she needed it and then gone on my way.
I am not proud of myself.

One more day until that evil cancer is out of the White House. He's infected more lives with his lies and his normalization of racism and every other sort of selfish and horrid behavior than anyone could ever have imagined. Even those who knew that it was going to be horrible when he got elected could not have foreseen all of this. I suppose I had a little more belief in humanity than humanity deserved. And I don't like knowing that my own humanity is not what I would wish it was.