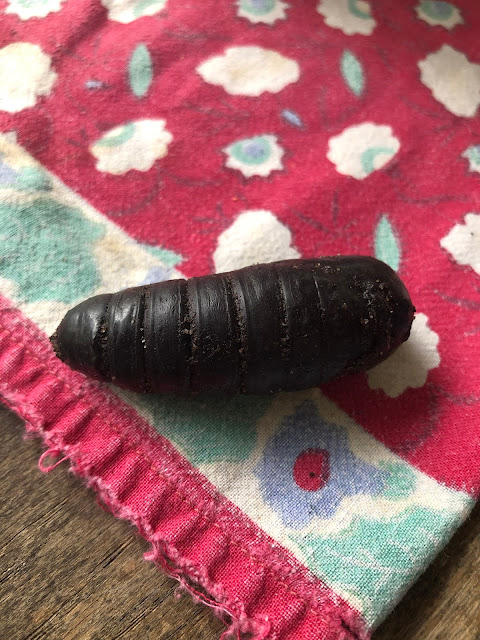 No, this is not what you probably think it is. My husband brought it in to me today. He'd been clearing brush out behind the garage and found it in the dirt. "See if you can figure out what this is," he said.
I immediately sent a picture to my kids and said, "What is this?"
May identified it as a hawk moth pupa. Mr. Moon sort of wanted to keep it in a jar to see it transform but Lily said that she'd done that before and the wings weren't right and it probably needed a bush to climb on to dry out after its hatching. Or, whatever it is that they do. So I put it back outside under a bush in the leaves and the dirt and said "Good luck!"
I hope it lives and has a lovely life.

My shoulder is a little sore today and I'm not sure I feel my best although I did get a lot done in the domestic goddess arena, mainly cleaning out my refrigerator. I've been slapping myself around for months now, trying to get motivated to do this chore and finally today, it seemed like the day to do it. I didn't throw nearly enough stuff away. There were no containers at all that held moldy disgusting remains which was surprising. I combined a few bottles of this or that and tossed the last bits of a few pickle jars but mostly I just took things out, cleaned, and put things back.

Do you think I have enough condiments? 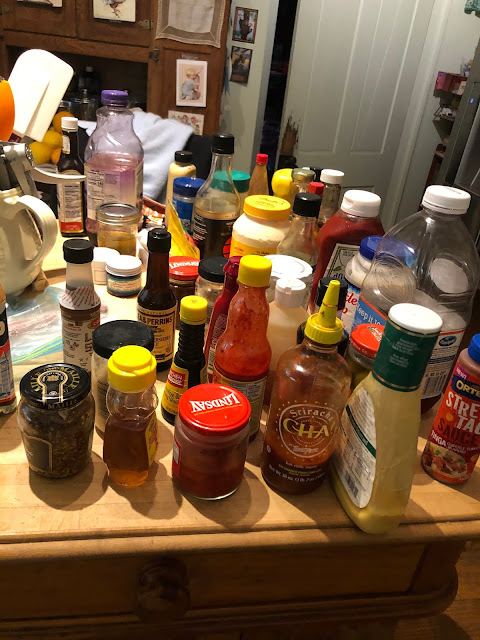 And oh! There were more. So, so, SO many condiments.
It took me most of the afternoon but eventually, I had washed out every bin and cleaned off every shelf and put everything back together and restored all of my foods to their rightful place. 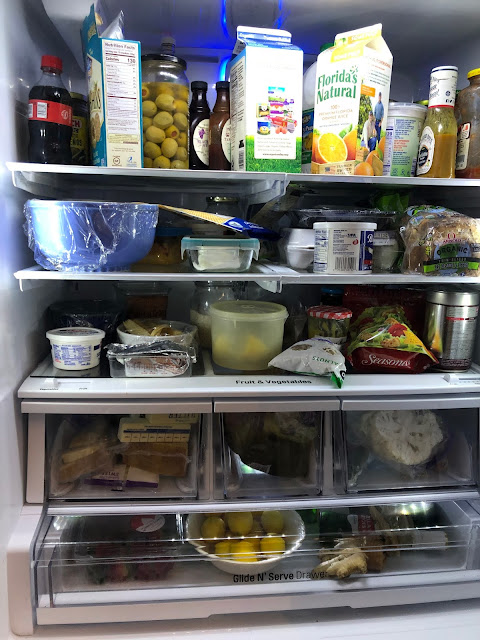 Then I made a lemon pie for my husband. He finished the coconut cream pie a few days ago and Jessie has these gorgeous giant lemons and, well...I love that man so much.
I'm exhausted to tell you the truth. But! It is martini night and I'll perk up here soon. It's been an exhausting week and even though I haven't been listening to the news all day long, I've been checking to see what's happening and it would appear that Trump has announced he will not be attending the inauguration (big surprise there) and that Pence doesn't want to invoke the 25th amendment and that Pelosi is consulting with generals about Trump ordering military strikes and even Republicans are saying he has to go NOW and articles of impeachment are being drawn up as we speak. Also, arrests of some of the insurrectionists are being made and there are going to be major investigations about how those people got into the Capitol so easily and so on and so forth and if this isn't enough to make someone exhausted, let's add in the pandemic and the numbers of people hospitalized or dead and it's a wonder any of us are still on our feet, so to speak.
I'd like to take this opportunity to point out to the number of people in Trump's cabinet who are jumping off the sinking ship and to the Republicans who are finally abandoning the Trump cult that it is all too little, too late, and that they too, are complicit.
I'd also like to say that Mitt Romney, who is as much of a poster child for the rich white man race as anyone in this world, has shown more courage than any other Republican I know of. After listening to years of the Mormon Stories podcast, I can truly say that although that church is completely nuts, Mormons can be really fine people.
Good Lord. I must be tired. How in hell did I get to Mitt Romney?
I think I better have a martini now.
Happy Friday, y'all.
Love...Ms. Moon
Posted by Ms. Moon at 6:10 PM