Trying To Maintain Balance In A Very Unbalanced World

What a strange day.
In some regards, at least.
This morning I just could NOT pull it together. I was late getting out for my walk because I needed to download a book to listen to and I just could not find one that seemed like anything I'd want to listen to and when I did finally find one that I thought I could tolerate I discovered very quickly that I could not and returned it.
But, I got dressed for my walk and had my gum and my sweat rag and my hat and my walking stick and my phone and my earbuds and I got out to the street and some kid was walking very slowly in the direction that I walk, talking or singing or something out loud to himself VERY loudly and I didn't have a great feeling about him so I decided to drive to Whitehouse Road and walk there but since I was going to be in the car I figured I'd take the trash and so I got my keys and bagged the trash and put it in the car and dropped the garbage off and drove to Whitehouse Road only to find a truck parked where I always park my own car and a guy sitting on the tailgate of another truck and I thought, "Fuck this," because I just didn't want to talk to anyone and then I thought about walking down Farm Road because there's a place I can park there near the railroad tracks but by the time I got  there I was frustrated as hell, it was eleven o'clock, already 84 degrees and again I said, "Fuck this," and drove home.
I've got to figure out a better place to walk that has shade and isn't quite as dangerous as Whitehouse. I love Whitehouse Road but it has stretches that aren't shady and the shoulders are so narrow that if I'm not very watchful and the drivers of cars look away for a second I could be smashed up against a clay bank like a lovebug on a windshield. There really isn't very much traffic on that road but of course that adds to my becoming complacent and not being as watchful as I should be.

So I came home and got out of my walking clothes and did a few chores. I picked the garden again, getting enough cucumbers that I'm just about ready to make some pickles. I thought about doing that but then Lily texted and asked if they could come over for a little visit and that sounded wonderful so I didn't get out the canning kettle or the vinegar but then she called and said that due to laundry problems and Maggie's dance class, they weren't going to have enough time and we agreed to do it another day.
I then had the choice of either snapping and freezing more of the massive amounts of green beans I have in my refrigerator OR doing some cleaning OR sewing on August and Levon's dresses.
I chose the sewing.

I finished Levon's dress and it is quite, uh, comfortable-looking. 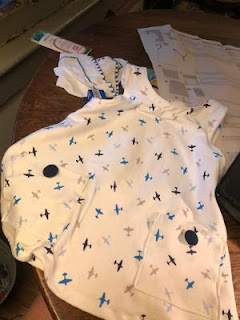 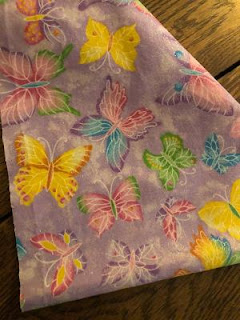 Remember when I made Magnolia a dress out of this sparkly butterfly fabric? What the boys aren't going to realize is that Levon's dress is made out of the softest cotton jersey while August's dress, due to its sparkly sparklings is not going to be nearly as soft and comfortable.
It's all about the appearance for kids.
And for a great many adults. Otherwise- why would women wear bras?
But that's another subject for another day.

So that's been about it. I did spend a few minutes outside picking up some downed branches that were pruned by the wind and rain we've been having. As I speak the thunder is booming to the south of us again. I just checked the radar and it looks like it might just pass right below us but I was reminded that we are about to get the Saharan dust cloud which could persist into the weekend.
Say what you will about 2020 but it's certainly served to keep us all on our toes! I mean really- Saharan dust cloud?

I've got my supper prepped. This is what we are having. 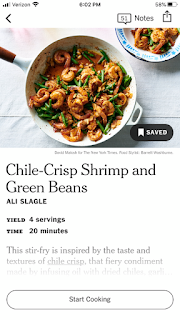 Green beans! I've got the shrimp peeled and in the chili marinade, the green beans snapped and ready for the pan, the garlic peeled and thinly sliced. I've picked the arugula and three different types of basils I'm going to use in the salad with some absolutely stunningly gorgeous tomatoes, and the rice and water are in a pot, ready to start cooking.

The frogs are starting their evening concert, it's so humid out that one wonders if humans can grow mold on their bodies, and I have nothing more to say.

Please stay safe. We need all of us.